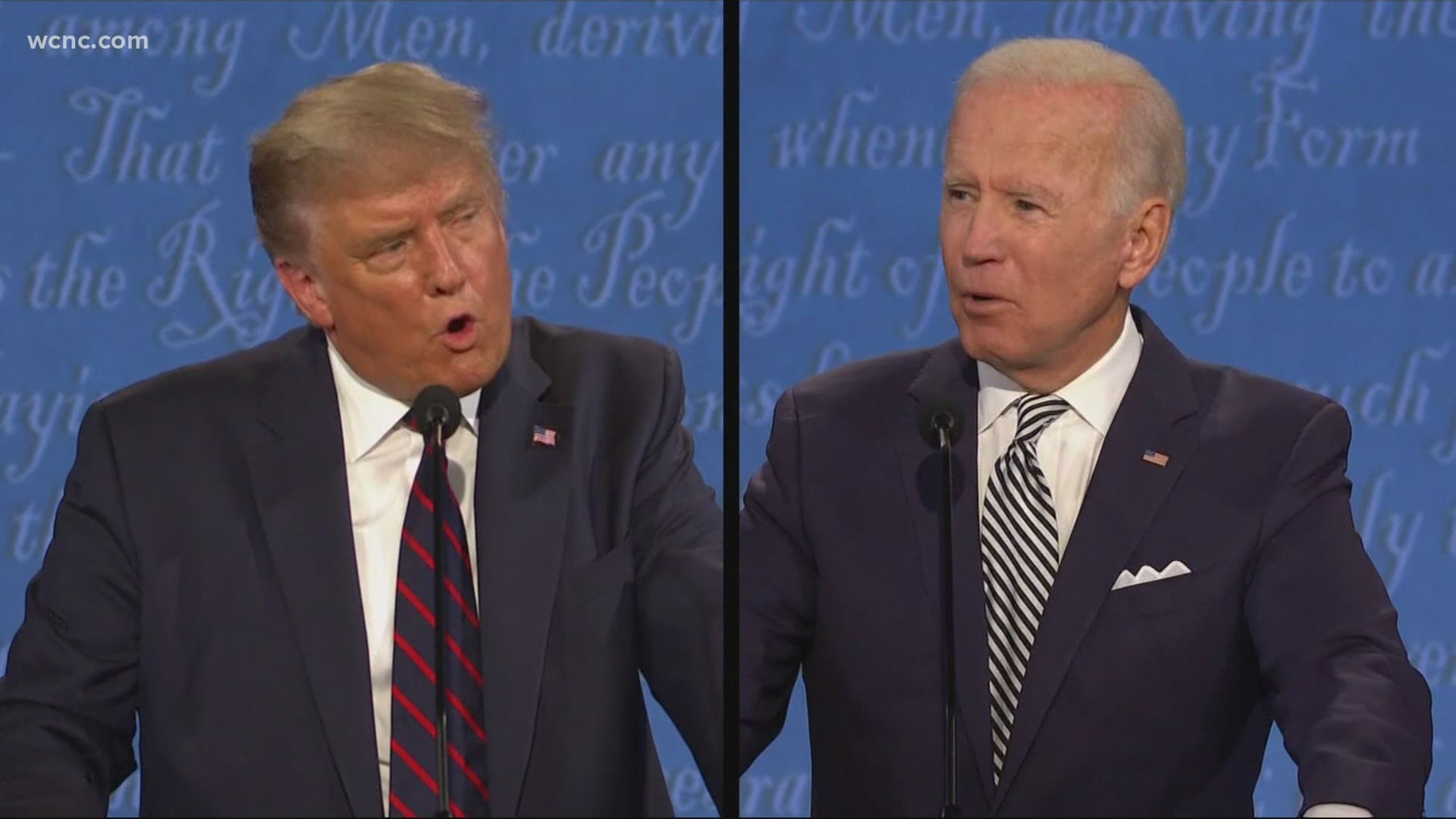 CHARLOTTE, N.C. — Tuesday night, President Donald Trump and Former Vice President Joe Biden went head to head in the first presidential debate of this election season. The night was full of personal attacks from both sides.

People are talking more about the jabs the candidates made at each other, which made it difficult for either to get any substantial ideas out to the American voter.

“It was painful to watch,” said Eric Heberlig, a Professor of Political Science and Public Administration at UNC Charlotte.

Experts say it can have implications outside of politics and could have an impact on American’s mental health. Since the start of the pandemic, there has been an uptick in anxiety and depression

The debate could compound those feelings. Vaughn said people instinctively look to leaders for a sense of stability and security.

“There are formal rules in the way debates should go and as those are observed you really see leadership in action, you see people with opposing viewpoints that are able to talk and express and hear in a good way,” Vaughn said. “A lot of those rules were not observed so that’s going to leave people feeling probably on some level anxious because it's a leadership issue."

Those feelings can directly influence people’s actions. What's meant to help undecided voters make up their minds, experts say likely did not help.

“We are certainly concerned when any citizen who is eligible vote decides to sit an election out," said Delores Johnson Hurt, President of the League of Women Voters of Charlotte-Mecklenburg. "There are dire ramifications if one does that."

Hurt said she hopes it has the opposite effect, energizing voters instead of exhausting them.

Although it didn't seem productive, as polling shows this is a tight race, some say the debate could make a difference in the Tar Heel state.

Many people have already cast their votes. So far in Mecklenburg County, 5% of registered voters have sent in absentee ballots.