Mattie Parker will become the booming Texas city’s first new mayor in a decade. The 37-year-old will succeed her former boss, outgoing Fort Worth Mayor Betsy. 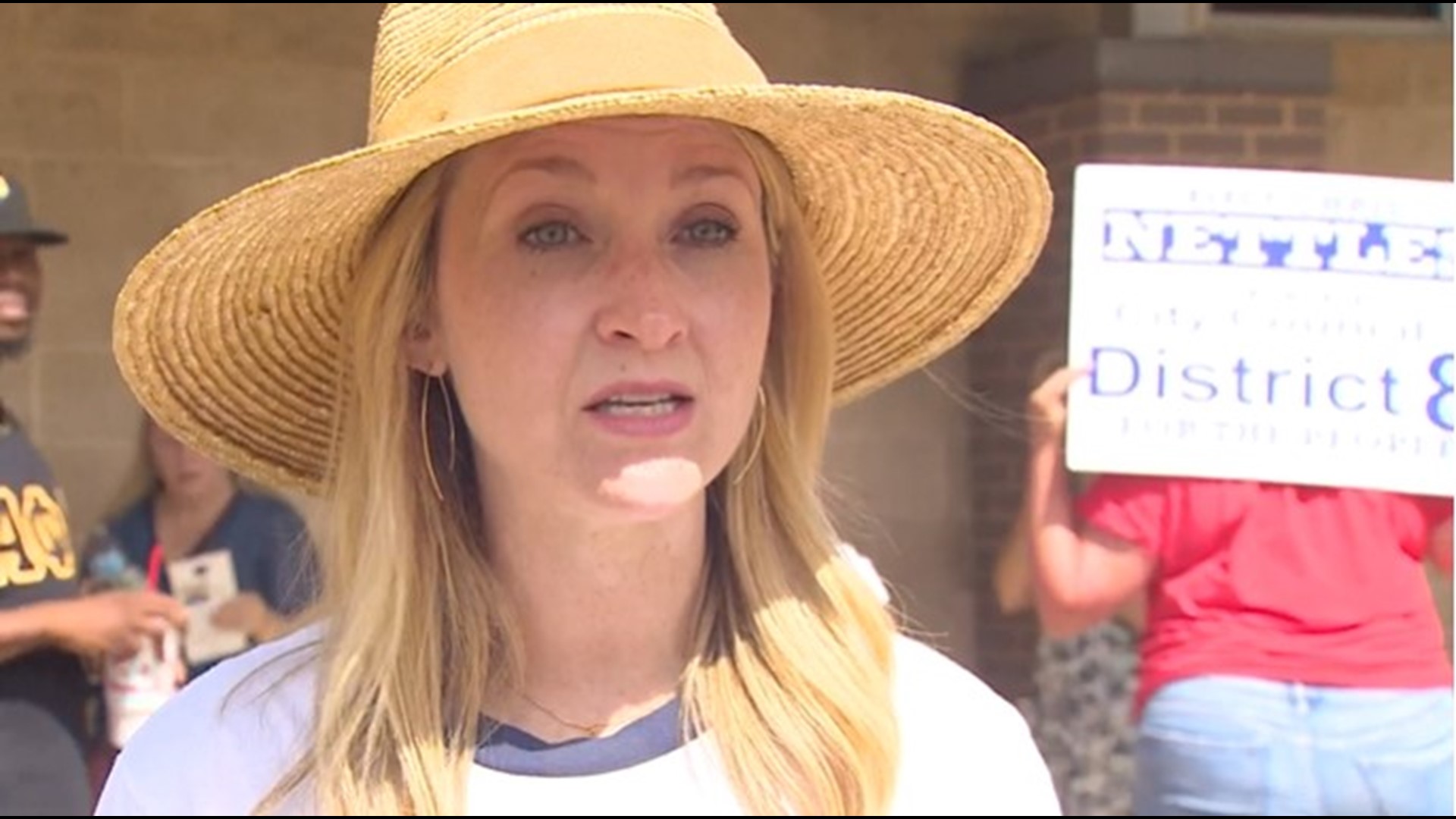 FORT WORTH, Texas — The ballots from the June 5 runoff election are in and for the first time in a decade, Fort Worth has elected a new mayor.

Originally, 10 candidates threw their hats in the race for Cowtown's next mayor after longtime Mayor Betsy Price announced she would not seek re-election.

The two favorites -- Deborah Peoples and Mattie Parker -- beat out the other candidates to make it to the runoff.

After the election results Peoples released the following statement:

"From the beginning, this campaign has been about building One Fort Worth.

While one night's results may not have been what we wanted, the historic turnout sent a clear message that voters are crying out for leaders who accept Texans of all backgrounds, races, and walks of life.

I will continue the fight to give more communities a seat at the table, expand prosperity to all our neighborhoods, and elect leaders who truly represent all the people."

Parker is a former top aide to Price and was endorsed by Texas Gov. Greg Abbott.

Congratulations to @MattieParker12 for becoming the next Mayor of Fort Worth!

Mattie is going to be a great leader for the people of Fort Worth. She’s going to help every part of the city thrive and prosper. pic.twitter.com/lr5FbYTFns

“Mattie undoubtedly has the heart for service and the head for policy that we need leading Fort Worth during this time of rapid growth and change. The new voice and fresh perspective Mattie brings to the table will be invaluable on the Fort Worth City Council. I am confident that she and this council will continue to work together to build for the future of Fort Worth with innovation and intention, while maintain the unique history and spirit that makes Fort Worth such a special place.”

On Friday, Fort Worth Star-Telegram columnist Bud Kennedy said it's a very interesting time in Fort Worth.

"It's really a showdown between a couple of women who will each mark a change as mayor," he explained. "One, the first millennial mayor if she's elected, the other, the first minority mayor."

Kennedy said a lot is at stake as Fort Worth is now officially the 12th largest city in the nation, and council districts will be redrawn under the new mayor's leadership. Fort Worth is on the verge of surpassing 1 million residents.

RELATED: Meet the candidates in the Fort Worth mayoral runoff: Mattie Parker and Deborah Peoples

Attorney and businessman Jim Ross has been elected the new mayor of Arlington after Saturday night's runoff election, with nearly 55% of the vote.

Originally, eight candidates ran in the race of mayor, although one was declared ineligible due to felony convictions, the Star-Telegram reports.