Hegar won the Democratic runoff this week to face U.S. Sen. John Cornyn. She says "when he opens his mouth or tweets," he's helping her campaign against him. 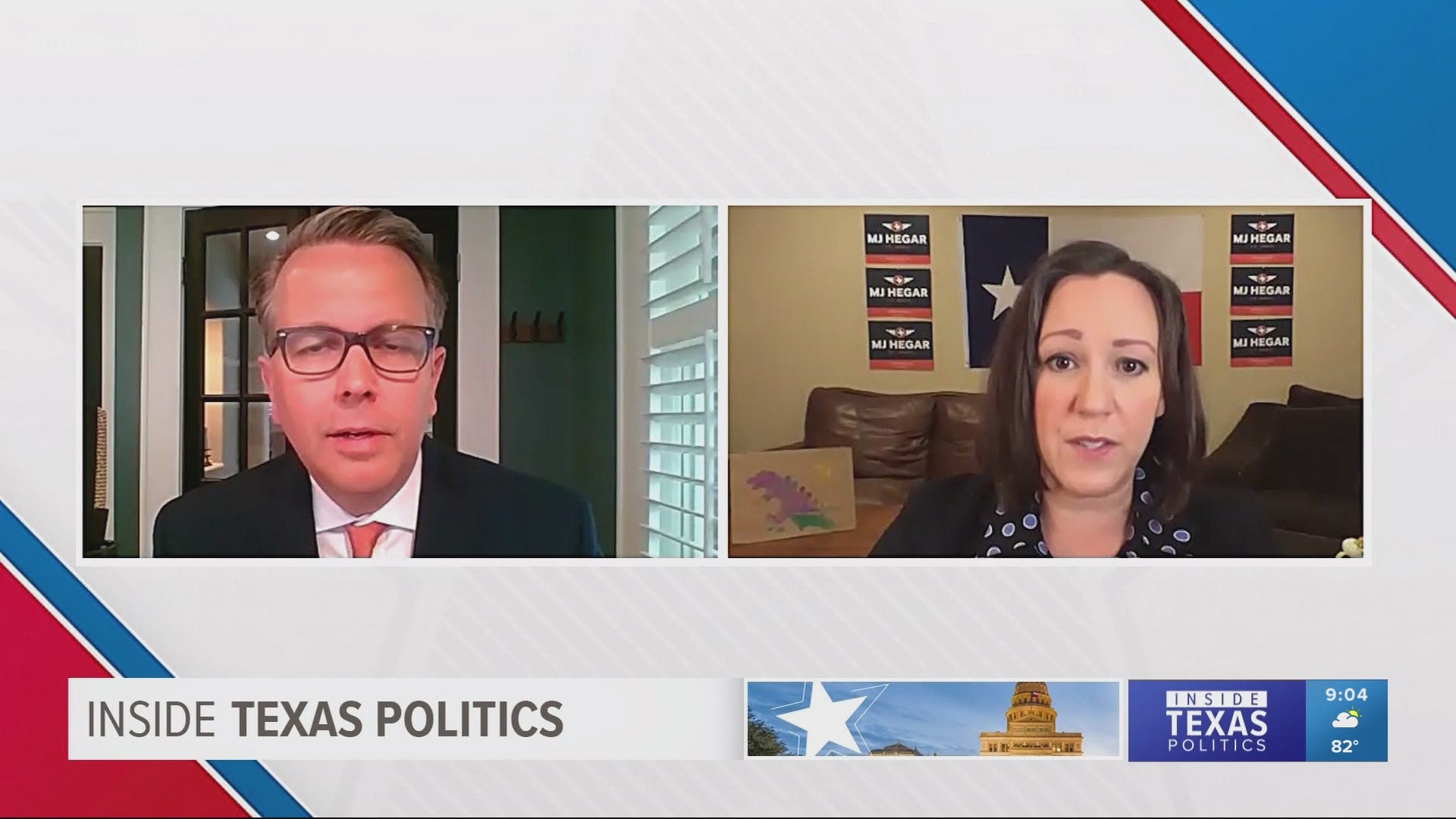 She says she knows she needs to raise more money to beat the third-term incumbent.

Cornyn has more than $14 million in campaign funds. Hegar has about $1 million.

"We need to raise millions of dollars, don't get me wrong," Hegar said, but she said her campaign isn't solely focused on advertising.

And, she said, Cornyn actually helps her campaign by reminding people why he should be out of office.

"John Cornyn advertises really well for our race when he opens his mouth or tweets on social media or tells people that he doesn't think kids can get COVID, so he's helping a lot," Hegar said.

The U.S. Air Force veteran published her memoir, "Shoot Like a Girl," in 2017, describing her service in Afghanistan.

In 2017, she narrowly lost a race for U.S. House of Representatives to incumbent Republican John Carter.

The Senate hopeful has about 100 days to win over the supporters of her primary opponent, State Sen. Royce West.

RELATED: Before Hegar takes on Cornyn, she must mend relationship with her runoff opponent

West was critical of Hegar after her win and said he wants to talk to her before endorsing her.

She said she believes they can work together.

"There's too much on the line. This isn't personal," Hegar said. "We have an opportunity to send home a D.C. politician."

Watch this week's entire episode of Inside Texas Politics below:

Texas Democrats did something they haven't done in 30 years – they got people to the polls during the primary runoff election.

Over 955,000 people voted in the Democratic runoff, the most in the party's history. And that says something when you consider it happened in July in the middle of the COVID-19 pandemic.

Do these numbers suggest momentum that might carry through to the fall?

The Texas Tribune's Washington Bureau Chief Abby Livingston and WFAA anchor Jason Whitely discuss whether Republicans will be ready for the Democratic challenge and whether presidential candidate Joe Biden can compete in Texas.

There are thousands of Texans who work for the airline industry. United, with a huge presence in Houston, says it might need to lay off 30,000 employees. Dallas-based Southwest warned it has more employees than it has flights for them.

And Fort Worth-based American Airlines announced a few days ago that it might need to get rid of 25,000 workers. 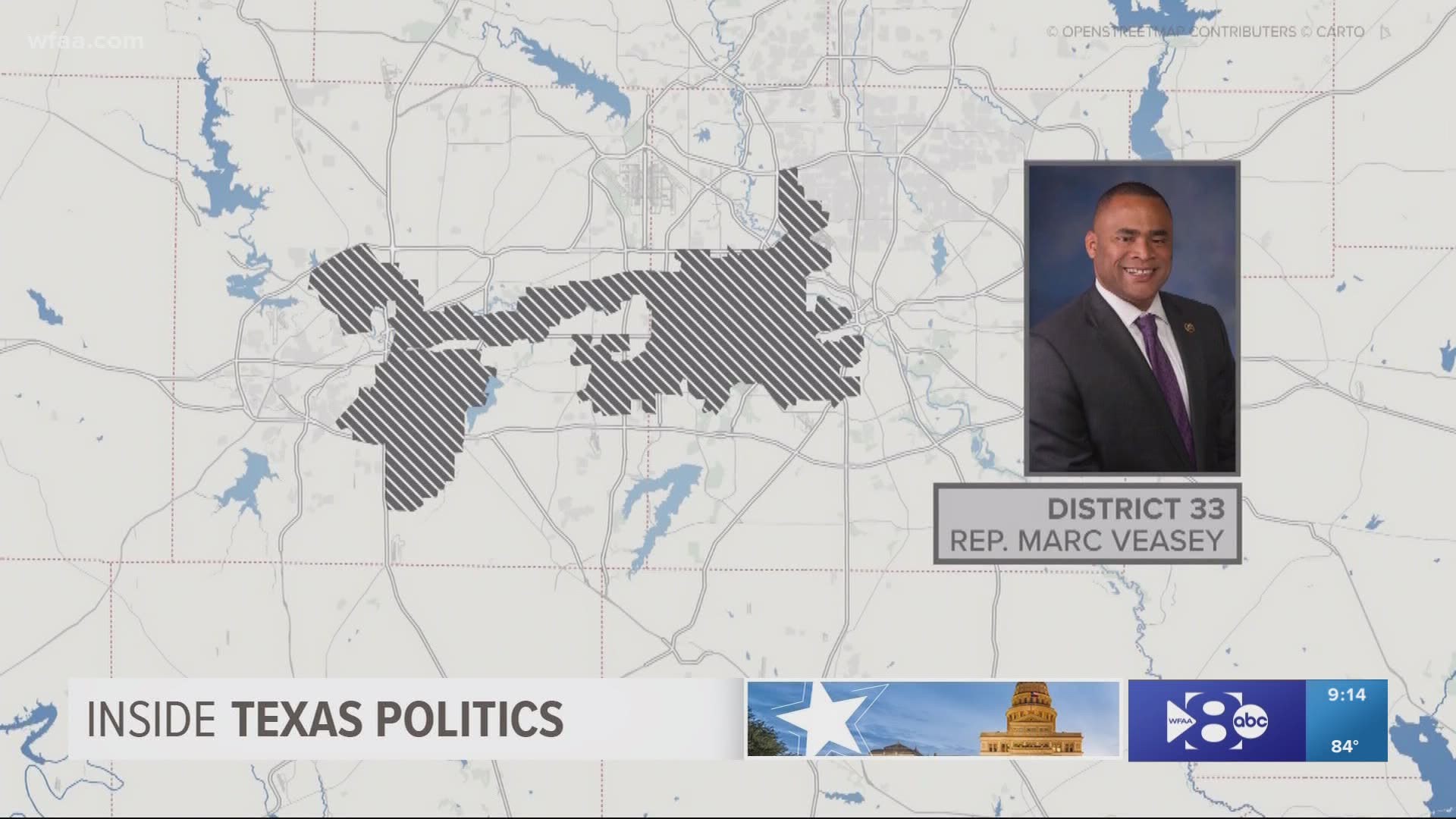 Congressman Marc Veasey, D-Fort Worth, represents a large swath of people between Dallas and Fort Worth. He says he hopes the U.S. Congress will come to an agreement soon on the next round of stimulus payments.

"People need to keep food on the table," he said. "We need to move on this very quickly."

Veasey said he believes Democrats will be drawn to the polls in November.

"The number one motivating factor for people to go and vote when they leave exit polls this year is going to be that they wanted to get rid of [President Donald] Trump," he said.

He believes it can draw new voters.

"He can't win the presidency without Texas," Veasey said.

In Dallas, Fort Worth, Houston, Austin and San Antonio, school superintendents are united on one thing – they need more flexibility on how to start school this fall.

Those superintendents sent Gov. Greg Abbott a letter saying they want to decide how to handle children in their own communities. Jacinto "Cinto" Ramos, Jr, board president of Fort Worth Independent School District, signed on to that letter.

But, Ramos says, he doesn't know if kids will be able to return to school in person this fall. He said district leaders are still working to ensure the health and safety of the students, while also balancing the needs of at-risk students.

"We can't let a health crisis become a generational educational crisis," he said. "The return to school literally means lives."

RELATED: First 4 weeks of school can be online-only, TEA says in new guidance

1. Election Day: There are a little more than 100 days until Election Day. The U.S. Senate race is finally set. MJ Hegar defeated Texas Sen. Royce West. Hegar is a woman who is 24 years younger than her opponent, Republican incumbent John Cornyn. Will that be a factor in the race?

2. Face masks: The debate is now happening at schools. Some parents want their kids back in school – but not to be required to wear masks. Is there more pressure to open or stay online?