Former state Rep. Bri Buentello, who lives in Boebert's district, is seeking a preliminary injunction to stop the lawmaker from blocking her, her lawyer says. 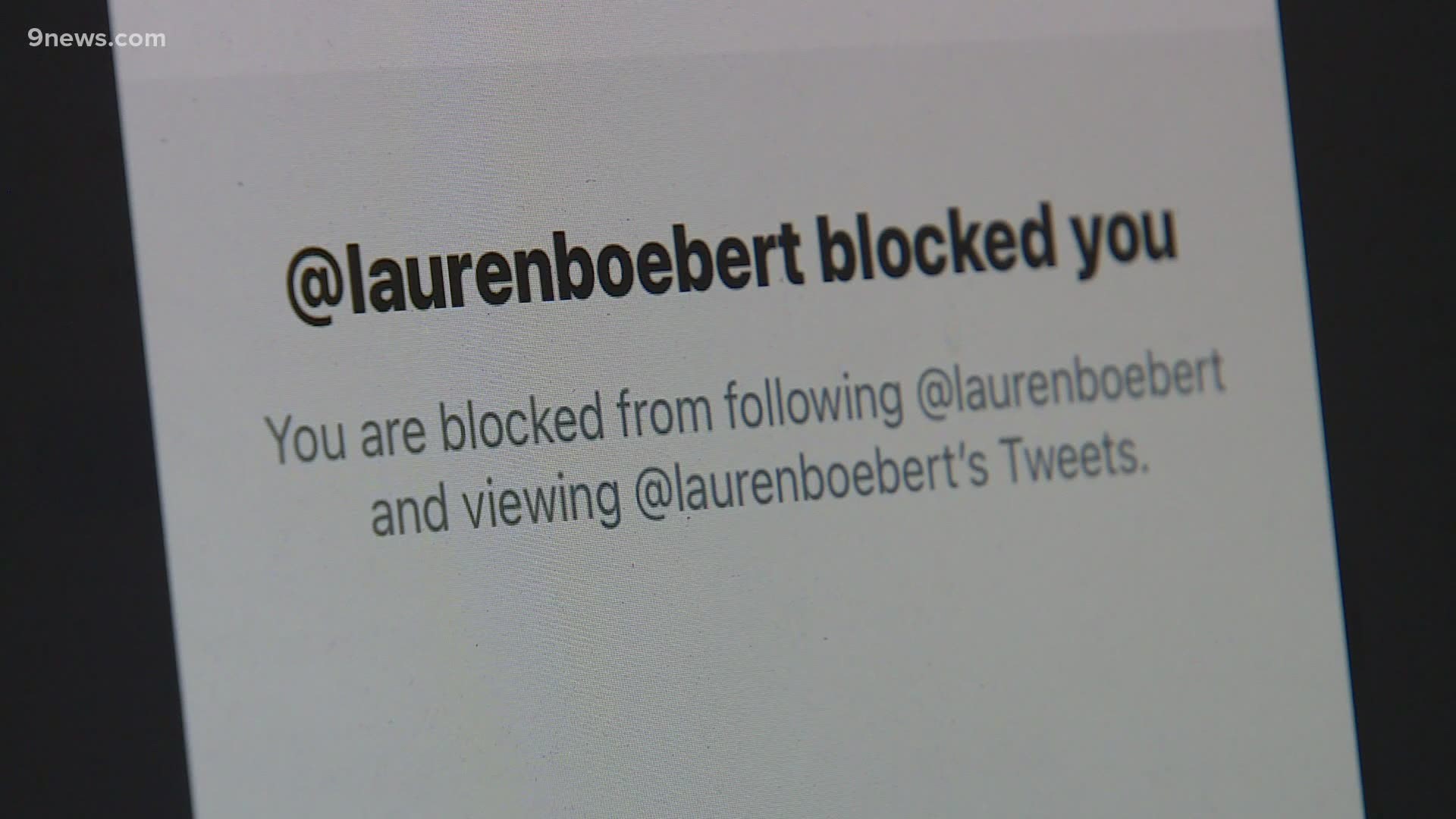 DENVER — A former state lawmaker filed a lawsuit Sunday against U.S. Rep. Lauren Boebert, R-Colorado, over her blocking her on Twitter, according to court documents.

Former state Rep. Bri Buentello was the plaintiff in the lawsuit and preliminary injunction request, asking a judge to require Boebert to unblock her on the social media platform. The lawsuit was filed in U.S. District Court for the District of Colorado.

Buentello, a Democrat, served one term from House District 47 and lost re-election in November. The district includes parts of Fremont and Pueblo counties and all of Otero County.

Buentello was critical of Boebert's Tweets on Jan. 6 -- the day of the failed insurrection at the U.S. Capitol -- and called for Boebert's recall. Within 24 hours, Boebert had blocked Buentello from viewing her tweets, according to the lawsuit.

“Somebody has to stand up to [Boebert] and say this is not constitutional behavior," Buentello told 9NEWS. "That this isn’t acceptable. The First Amendment applies to everybody whether she likes it or not.”

The injunction request contends that Boebert, a Republican from Rifle, violated the First Amendment rights of Buentello, who lives in Boebert's district. The 3rd Congressional District includes the Western Slope, southwestern Colorado and section of the Eastern Plains.

"Buentello, of course, does not contend that Boebert is under any mandate to create and maintain the @laurenboebert page as a channel through which members of the public may exercise their Petition Clause rights," the preliminary injunction request says. "Having made the channel available, however, Boebert cannot constitutionally close the channel solely to those who disagree with her."

Boebert's chief of staff, Jeff Small, said in a statement, "The office will not be commenting on any pending litigation.”

Boebert was not the only lawmaker to tweet during the Capitol insurrection, but critics said she helped reveal House Speaker Nancy Pelosi's location. Prior to the insurrection, she tweeted, "This is 1776."

Boebert responded last week to calls for her resignation by describing Democrats as hypocrites and naming celebrities and politicians she blamed for inciting violence.

"They accuse me of live-tweeting the Speaker’s presence after she had been safely removed from the Capitol, as if I was revealing some big secret, when it fact this removal was also being broadcast on TV," Boebert wrote.

She also wrote in the statement: “We should take Democrats at their word when they say never let a crisis go to waste. Their hypocrisy is on full display with talks of impeachment, censure, and other ways to punish Republicans for false accusations of inciting the type of violence they have so frequently and transparently supported in the past."

Denver attorney David Lane was acting as lead counsel in the lawsuit.

“The [The United States Court of Appeals for the Second Circuit] has upheld a ruling forbidding President Trump from blocking anyone from his @RealDonaldTrump Twitter account on grounds that he frequently uses that account to exercise political speech," Robinson said.

"At some point, the highest court of the land is going to have to decide whether the use of a personal Twitter account by an elected public official is or is not a public forum such that the official can or cannot block others from viewing or commenting on what is said," Robinson said.

RELATED: Verify: Is the story behind the Boebert group photo circulating on social media true?