'You cannot ever bow to the mob,' Fallon said. 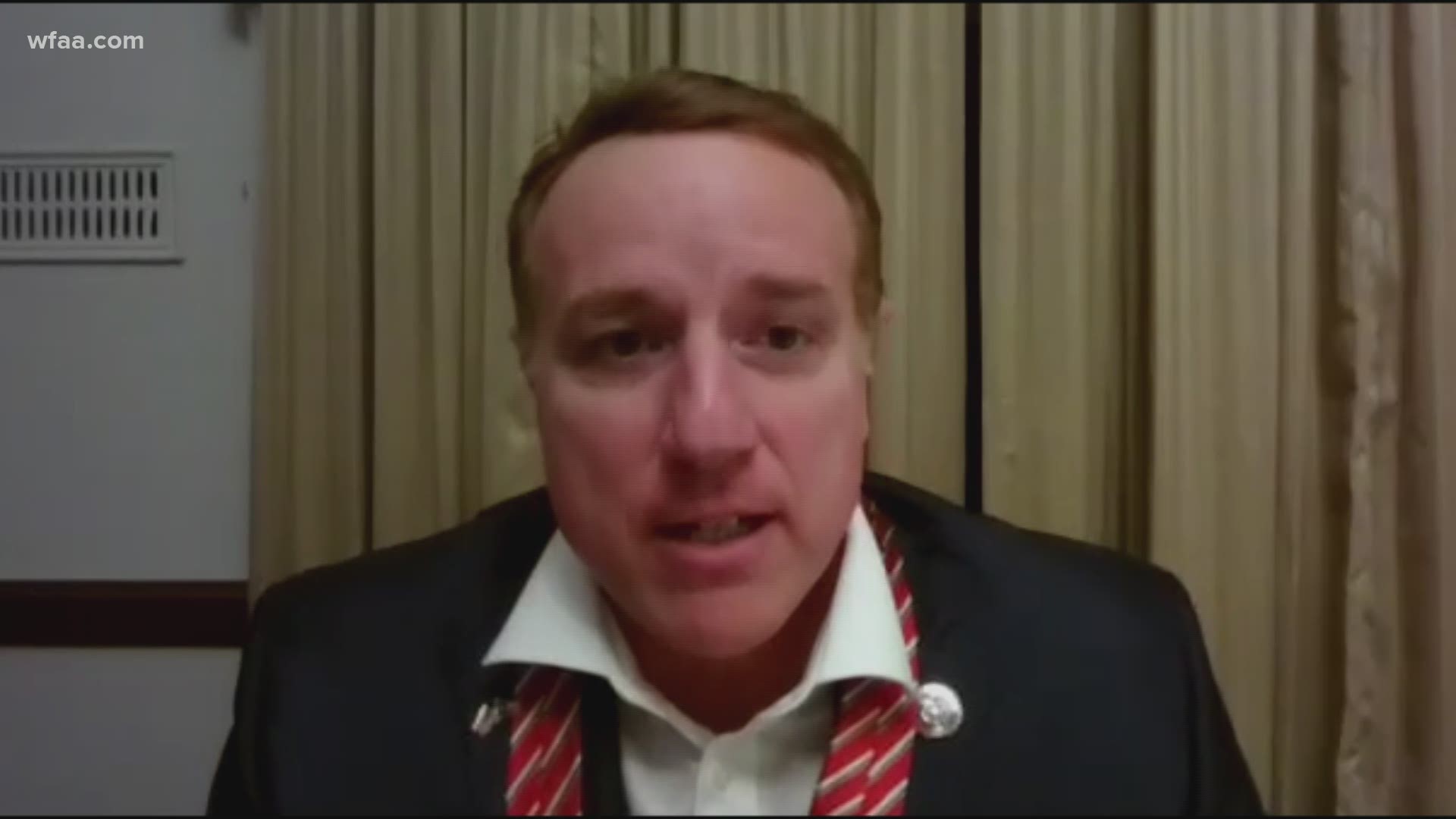 Rep. Pat Fallon (R-Texas, District 4) has a memory of Wednesday's events that will be forever etched in his mind.

The Texas Republican was actually inside the House chambers when rioters breached the Capitol and the chambers. Fallon spoke with WFAA from an undisclosed location for safety reasons.

"They breached right to the doors of the chamber and they started banging on the doors," Fallon said.

The rioters breached the Capitol during the objections portion of electoral vote proceedings. Senior members were quickly escorted out, and lawmakers were first told to stay put. But the swarm of rioters grew, which forced evacuations.

"They're standing their ground, they're not going anywhere. They said, 'We're not leaving,''' Fallon recalled a congressman saying. "Then we started breaking off pieces of furniture to make as clubs," said Fallon.

Fallon broke off the stand for a hand sanitizer station. Fallon said this moment still gives him chills and makes his eyes well up — the time they rallied to hold the door of the House Chamber.

But rioters would soon breach the door too. It was at that time everyone inside the chambers had to be evacuated.

"Then things started zipping through the windows. I don't know if they were bullets for sure, they sure looked like them. Someone screamed 'Shots fired, shots fired, rounds! Rounds being fired,'" Fallon recalled.

Fallon was proud to return to the chambers late Wednesday night to finish the vote. He says that sanitizer stand will go up on his wall as a memory of this moment in history.

"You cannot ever bow to the mob. You never bow to bullies. The people who came in there today were bullies and cowards," he said.