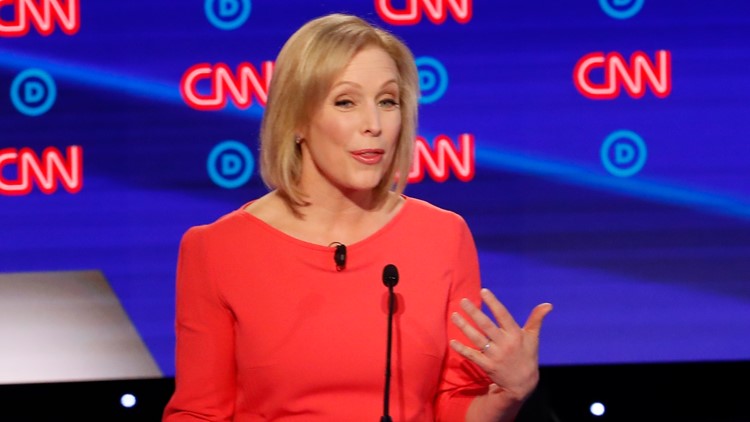 WASHINGTON — When Sen. Kirsten Gillibrand (D-NY) was asked a question about the Green New Deal, it’s probably safe to say no one was expecting the response she gave.

"The first thing I am going to do when I’m president is Clorox the Oval Office,” she said. “The second thing I’m going to do is I will re-engage on global climate change.”

RELATED: 'Fire Pantaleo' | What were protesters chanting during the Democratic Debate?

She said she would sign the Paris Agreement, an agreement that deals with global climate change, “of course,” and that she would lead a world-wide conversation on climate change.

“The greatest threat to humanity is global climate change,” she said.

Clorox did not respond on Twitter (or anywhere, that we could see) to Gillibrand's plug.

Of course, the internet had some ~thoughts~