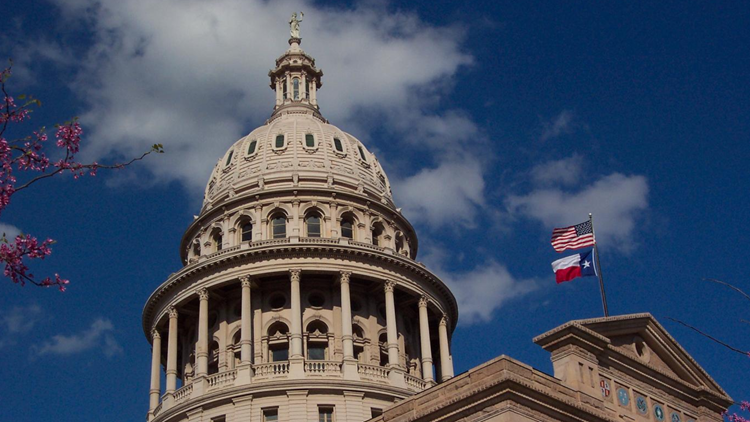 Here’s a look at the proposed amendments and biggest races being decided.

Proposition 5 would send all revenue from the sporting goods sales tax toward the state Parks and Wildlife Department and the Historical Commission. It is meant to create a steady revenue stream for the state’s parks.

Proposition 10 would allow retired law enforcement animals to be adopted by their handlers, ending a requirement that the animals, as government property, be sold or destroyed when no longer in use.

Other propositions would allow the Legislature to create temporary property tax exemptions for people with property damaged in governor-declared disaster areas, let lawmakers double the maximum amount of bonds issued on behalf of the Cancer Prevention and Research Institute of Texas and create a flood infrastructure fund that the Texas Water Development Board could use to finance projects following a disaster.

Read about all 10 propositions here.

Some voters will also cast ballots to fill three vacant Texas House seats. Democrats are trying to flip the Houston-area House District 28 seat vacated by former state Rep. John Zerwas, R-Richmond. They see the race as a harbinger of their 2020 prospects for winning a majority in the lower chamber. Six Republicans and one Democrat are running for the Fort Bend County district.

Two special elections are slated in reliably Democratic districts. The House District 100 race to replace former state Rep. Eric Johnson, who is now Dallas’ mayor, features four Democrats. A fifth Democrat, Paul Stafford, will appear on the ballot, but has ended his campaign.

There’s a more crowded race to replace former state Rep. Jessica Farrar in Houston’s House District 148. That contest has 12 Democrats, two Republicans and an independent candidate vying for the seat.

Houston voters also have a heated mayoral race to decide. Incumbent Mayor Sylvester Turner faces 11 challengers in his bid for a second term. Four are seen as viable to varying degrees: swashbuckling attorney Tony Buzbee, who has self-funded his campaign to the tune of $10 million; Bill King, the businessman who narrowly lost to Turner in the 2015 mayoral contest; Dwight Boykins, a city council member; and Sue Lovell, a former council member.

The race has not lacked for drama. Turner’s challengers have found ample fodder for attacks, targeting him over the city’s finances, crime and post-Harvey flood mitigation efforts. The latest flashpoint has been a TV news report that Turner approved a $95,000-a-year airport internship, initially denying he knew the man hired despite evidence to the contrary.

With so many candidates, Turner could be forced into a runoff. Two public surveys in the race give Turner a wide lead over Buzbee, but not enough to clear 50% and win outright. Around one-fifth of voters were undecided in each survey.

There are a number of local races on the ballot, including mayoral and council races in smaller communities and several propositions.