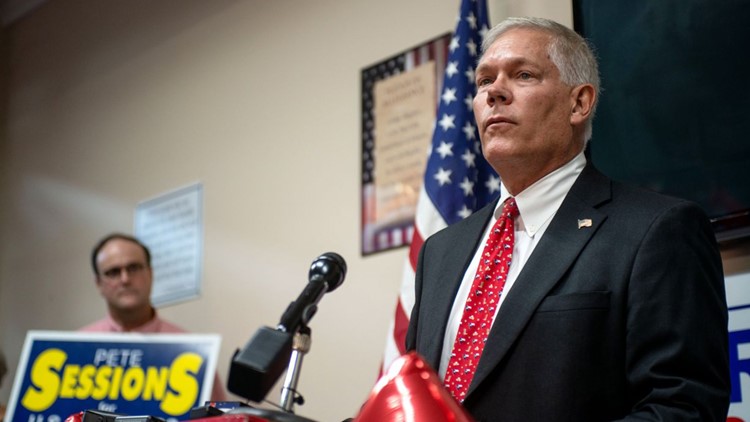 Regarding Sessions, the indictment against the two men states that they “committed to raise $20,000 or more for a then-sitting U.S. Congressman” who is referred to in the court document as “Congressman-1.” The indictment goes on to state that the congressman “had been the beneficiary of approximately $3 million” in donations from a campaign committee. NBC News and other outlets identified that person as Sessions and reported that the committee was a Trump-aligned super PAC.

Federal authorities alleged that around the same time, Parnas "sought Congressman-1's assistance in causing the U.S. government to remove or recall” the American ambassador to Ukraine at the time, Marie Yovanovitch. Yovanovitch was a well-regarded diplomat who came into disfavor within the Trump administration and was removed from her post earlier this year.

The Wall Street Journal reported last week that Sessions, in his capacity as House Rules Committee chairman, advocated for the ouster of Yovanovitch.

A Sessions spokesman declined to comment on the matter. Previously, Sessions told the Wall Street Journal that his efforts to remove the ambassador were "in line with a broader concern among members of Congress that the administration wasn’t moving swiftly enough to put new ambassadors in place."

Toward the end of Sessions' toughest — and unsuccessful — campaign for reelection last year, Giuliani headlined a fundraiser on his behalf.

Sessions is now running for Congress in the 17th Congressional District, which is about 90 miles from his former, Dallas-based 32nd District.

Read more from the Texas Tribune.