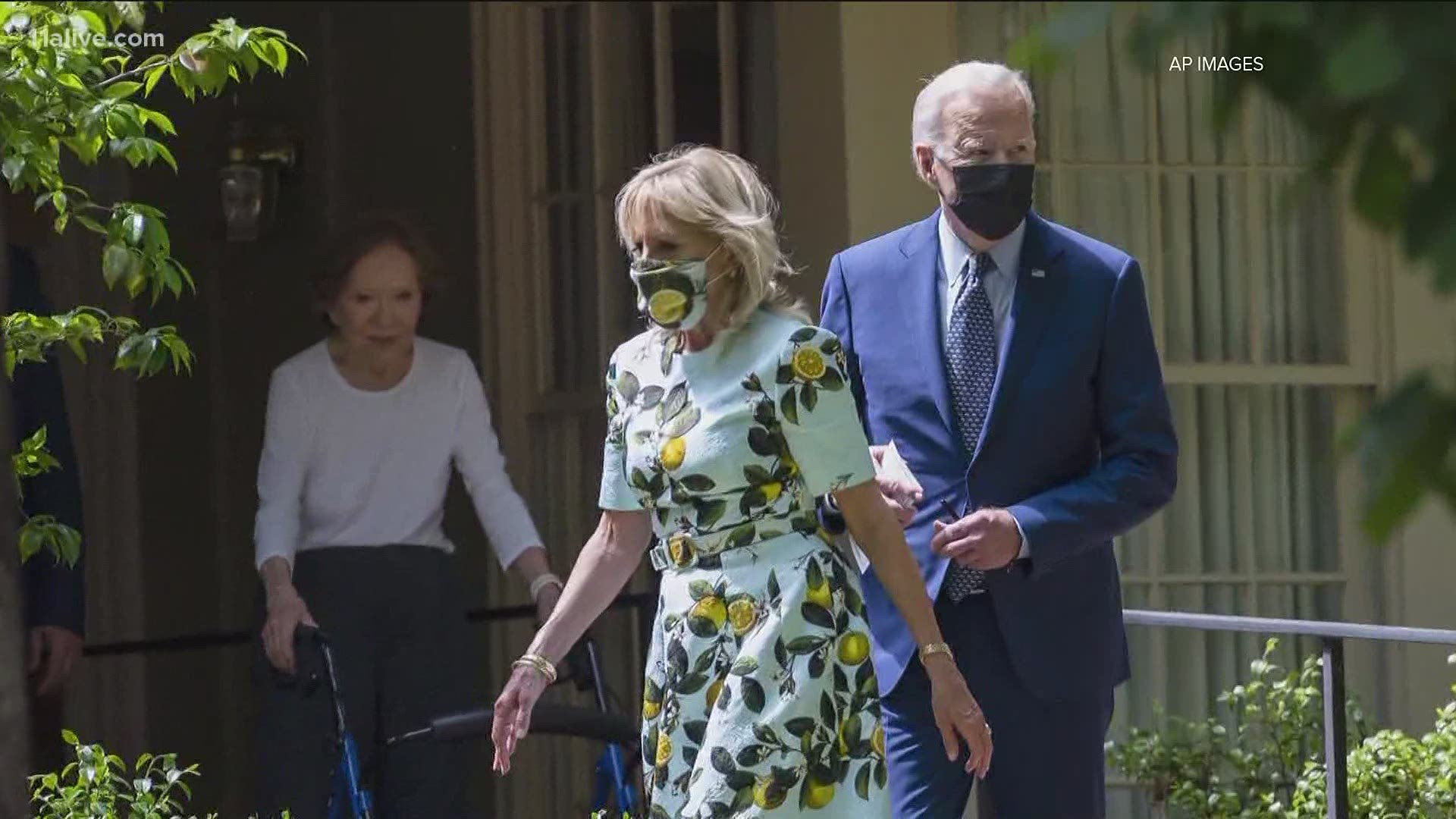 Biden’s visit to Plains was simultaneously a private chat between two old friends and a public spectacle in a small town.

"This is a real exciting event for plains. We’re real proud of President Carter," said Philip Kurland, proprietor of a downtown Plains memorabilia shop, which opened for the first time Thursday in 2020 to mark the visit of President Biden – and the other visitors who wanted to witness what they could.

"I’m hoping to see the president’s car. I want to see it.  It’s just exciting," said Helen Jess Ellington, who came from neighboring Webster County to camp out on the lawn adjacent to the main drag that leads from downtown Plains to Jimmy and Rosalyn Carter’s place a half mile away.

"I'm anxious to watch the new president go by. It’s amazing to see a president, it really is," said George Williams, a lifelong Plains resident.

They got exactly what they expected – a parade of black cars zipping through downtown Plains bearing the president – then making a right turn onto the gated road where Carter has lived most of his life.

Plains has seen a drop in commerce since the start of the pandemic.  Carter is still recovering from the effects of a fall at his home in November 2019, which has slowed his pace and affected his speech.

Yet "he is up and about," said Kurland. "Of course we’re all slowed down with age, but his mind is still as sharp as can be. It’s still incredible to talk to him."

Williams said he had high hopes for the private meeting between Biden and Carter. Biden is "taking his time to come to Plains to see President Carter," Williams said. "Maybe they can discuss some things and (Carter can) give him a little good advice."

It’s no coincidence Biden is visiting Georgia, a battleground state politically.  But he may not have known that Carter’s home is in a battleground county.  Biden narrowly beat Donald Trump in Sumter county last November.