KVUE created an interactive map to illustrate what is included in the proposed initial investment for CapMetro's "Project Connect" transit plan. 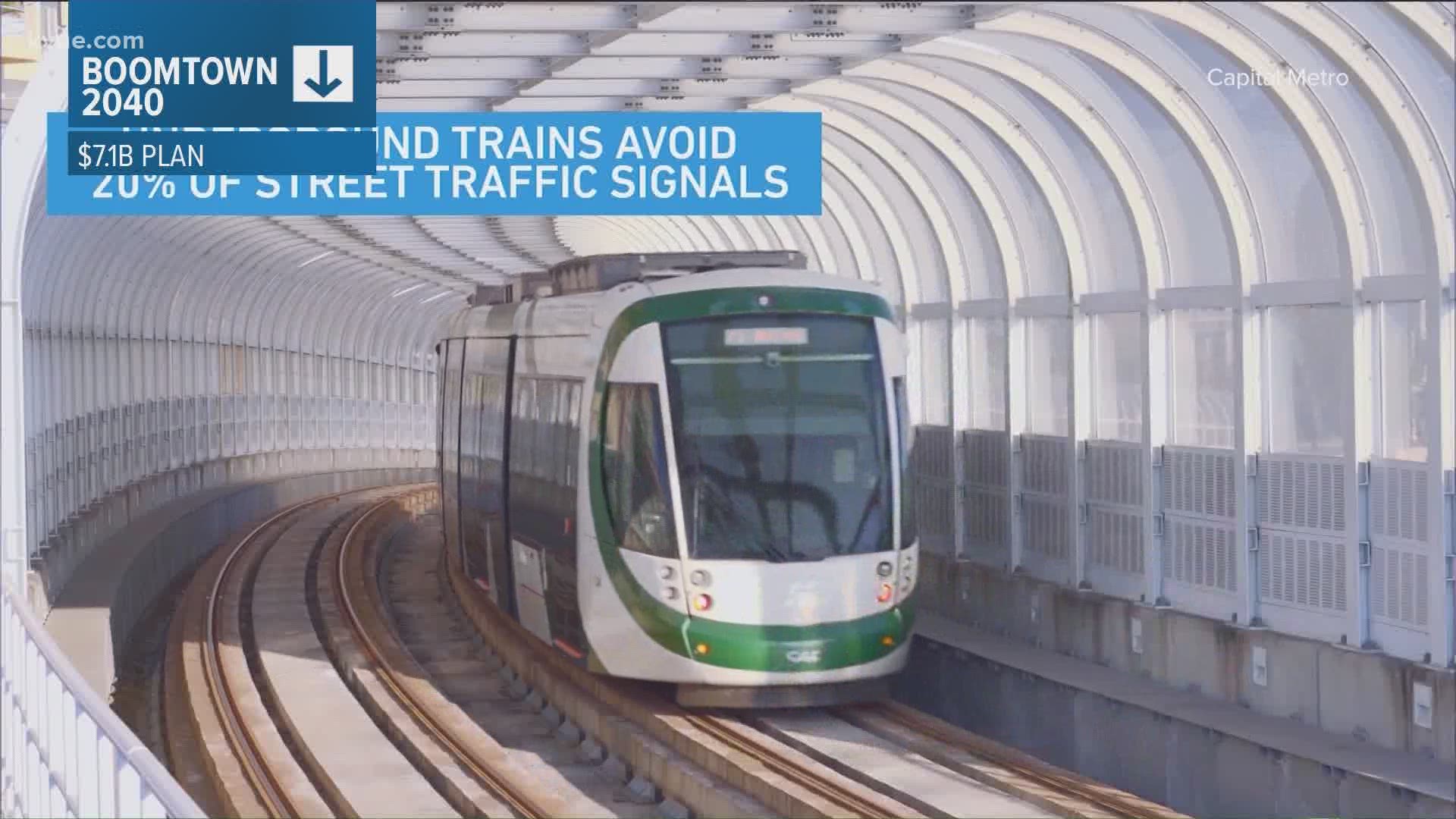 AUSTIN, Texas — Editor's note: Prop A, a $7.1 billion Project Connect plan, passed in the November election. To read more on what that means for Austinites, click here.

This story originally stated the proposed underground tunnel would span about six city blocks. It has been updated to reflect the correct estimated amount, more than 20 city blocks. Additionally, the route of the Gold Line has also been updated.

This November, Austin voters will have the option to approve or reject Proposition A, a ballot measure that would increase property taxes and fund a $7.1 billion mass transit system called "Project Connect."

To help voters make an informed decision at the polls, KVUE is taking an in-depth look at the proposal, breaking down what it would pay for, how much it would cost taxpayers and what supporters and detractors have to say about what Project Connect means for Austin's future. Read all of our Project Connect coverage.

But all of those routes can be a little tricky to visualize. So, KVUE created an interactive map that illustrates the routes included in the plan's initial investment, as well as potential future extensions for some of those routes.

You can view the map below. If you click the legend icon in the top lefthand corner, you'll see that the map is broken down into the proposed light rail and MetroRapid routes (thick colorful lines), the proposed downtown tunnel (thick black line), potential route extensions (thin colorful lines), stops, current parking (gray) and proposed parking (blue).

You can check or uncheck each section to see the map with or without those components.