Protestors spray-painted “ALM” and “All Life Matters” on the outside of the NASCAR Hall of Fame and Buffalo Wild Wings. 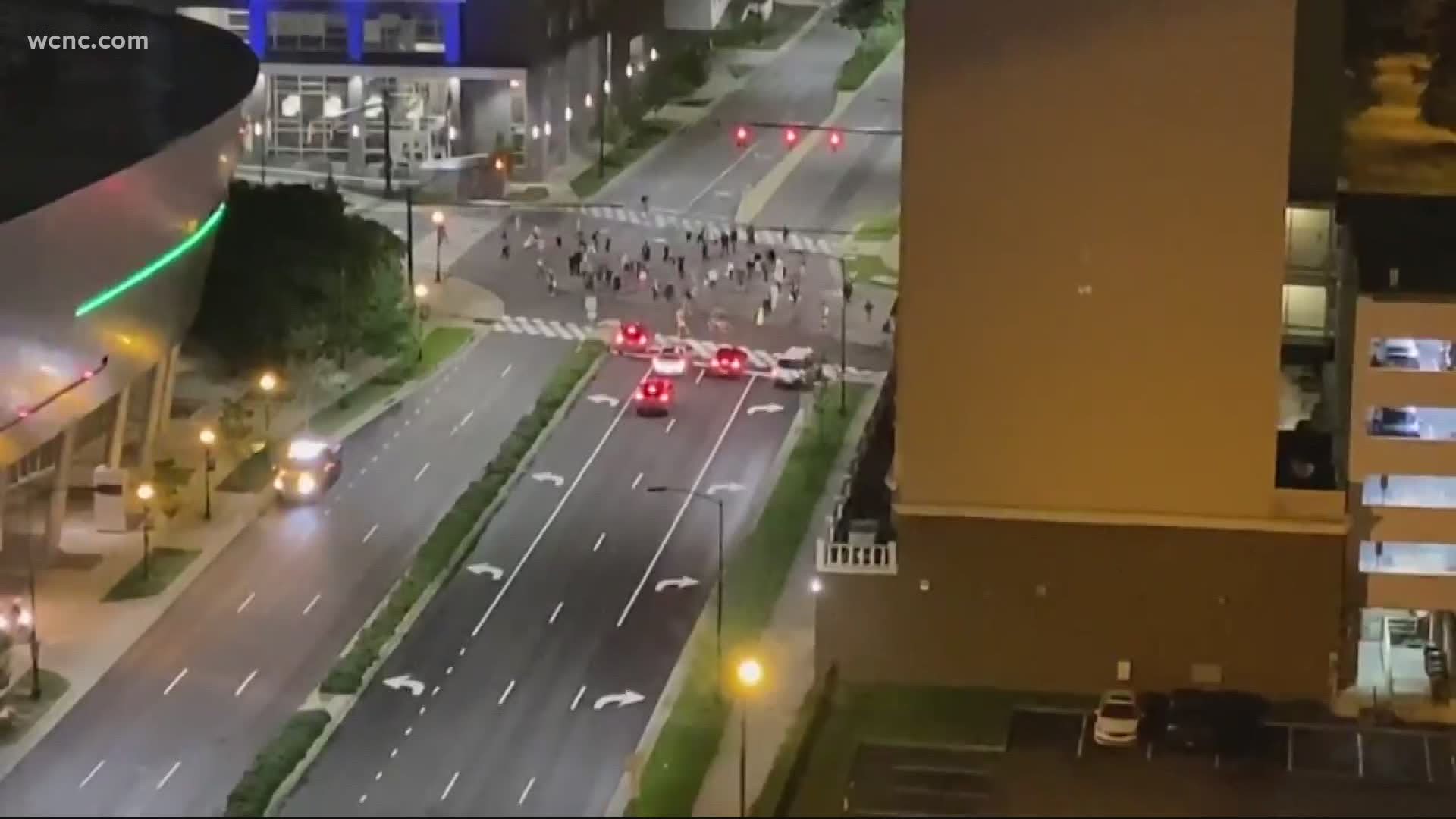 CHARLOTTE, N.C. — Charlotte-Mecklenburg Police are investigating after buildings were vandalized during a protest Friday night as The Republican National Convention begins.

A handful of protesters gathered near the NASCAR Hall of Fame in uptown, where several of them went toe-to-toe with police.

Police said a protestor spray-painted “ALM” and “All Life Matters” on the outside of the NASCAR Hall of Fame and Buffalo Wild Wings which is right across the street from the Charlotte Convention Center where the RNC will be taking place.

Shortly after 7:20 a.m. Saturday morning, police said they spotted a suspect near the intersection of South Brevard Street and East Stonewall Street using paint to deface property belonging to the Nascar Hall of Fame. Officers were able to arrest the suspect, 19-year-old Demarkis Dunlap on-scene, and charge him with a graffiti violation.

CMPD said information gathered through the investigation indicates Dunlap acted alone, and his actions were not directly related to the RNC.

#BREAKING: @CMPD is investigating after “ALM” & “All Life Matters” was spray-painted on the outside of @NASCARHall & the attached @BWWings. This is right across the street from the Charlotte Convention Center where #RNC2020 will be taking place. @wcnc pic.twitter.com/pSVZ0eOozc

Friday night, shortly after 11 p.m. Police said some protestors grabbed officers' bikes and OC spray was deployed on those protestors. Pepper spray was used to keep the crowd from interfering with arrests that were taking place, police said.

Demonstrations are expected to go through the convention until it wraps up next Thursday.