Freezing machinery and wind turbines are areas that Sen. Cornyn and Rep. Johnson say could have been avoided if Texas facilities had invested in winterization. 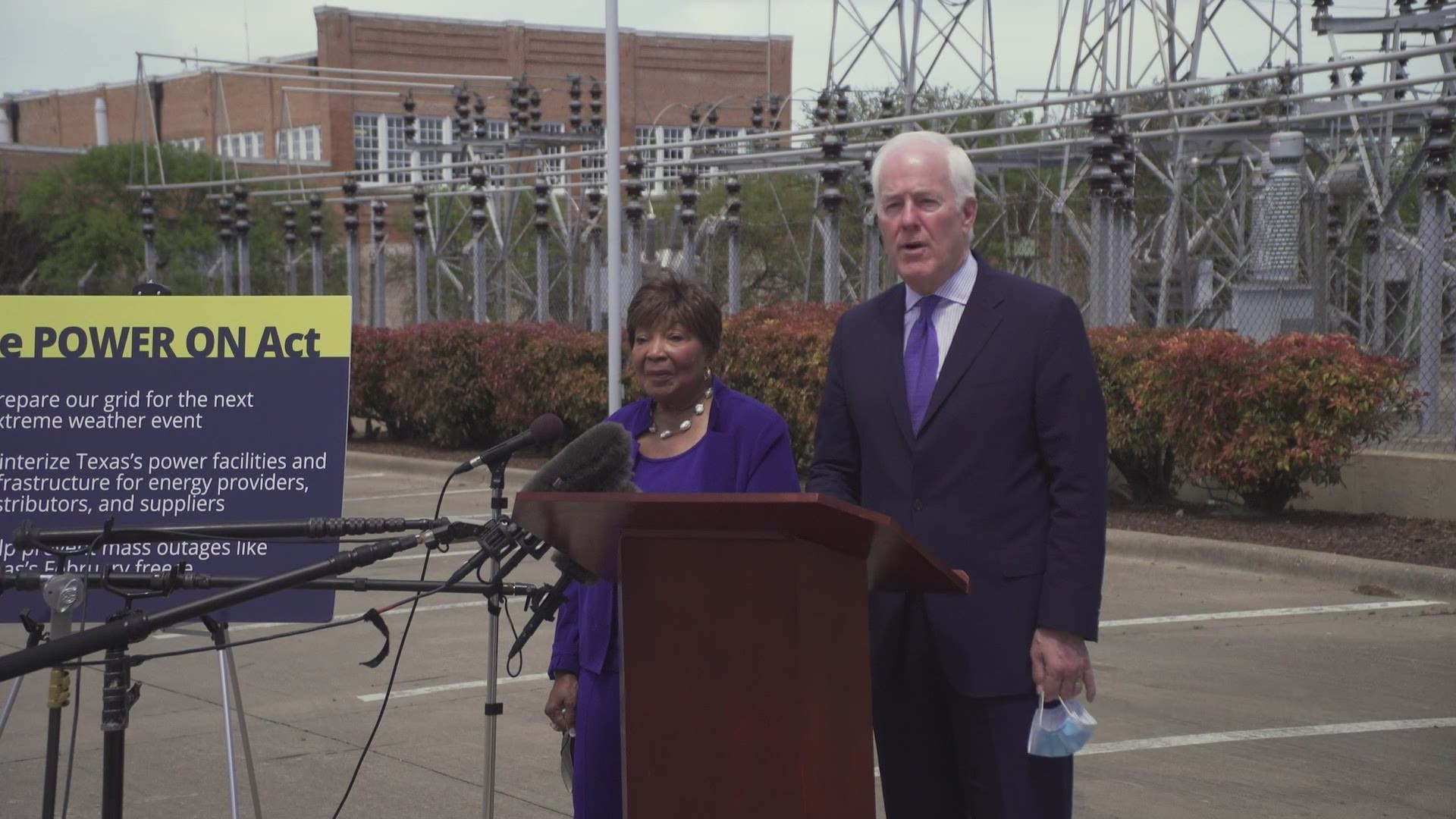 The Power On Act provides authorization for a half billion-dollar federal grant. The money would assist Texas power providers, distributors and suppliers with funding to winterize their infrastructure.

“Texans suffered a lack of preparedness in our energy infrastructure,” said Rep. Johnson.

Lawmakers say the money would not be intended for use on new construction, but rather to strengthen and harden existing infrastructure and equipment, such as adding heating technologies to pipes.

“We simply have to ensure that our electric infrastructure is resilient and able to withstand whatever mother nature throws at it and this bipartisan legislation is a good start,” said Sen. Cornyn.

Earlier this week, ERCOT released a preliminary report showing the reasons for the outages -- 54% of power generators told ERCOT their outage was "weather related." Meaning, things like freezing machinery at power plants and ice on wind turbines caused them to fail.

Freezing machinery and wind turbines are areas that Sen. Cornyn and Rep. Johnson say could have been avoided if Texas facilities had invested in winterization before February’s winter storm.

When asked how much winterizing Texas facilities would impact the rates that Texas customers pay, the lawmakers said it’s too early to tell.

“We'll have to figure out how to pay for it as fiscally responsible and as targeted as we can. But this sort of thing isn't free,” said Sen. Cornyn.