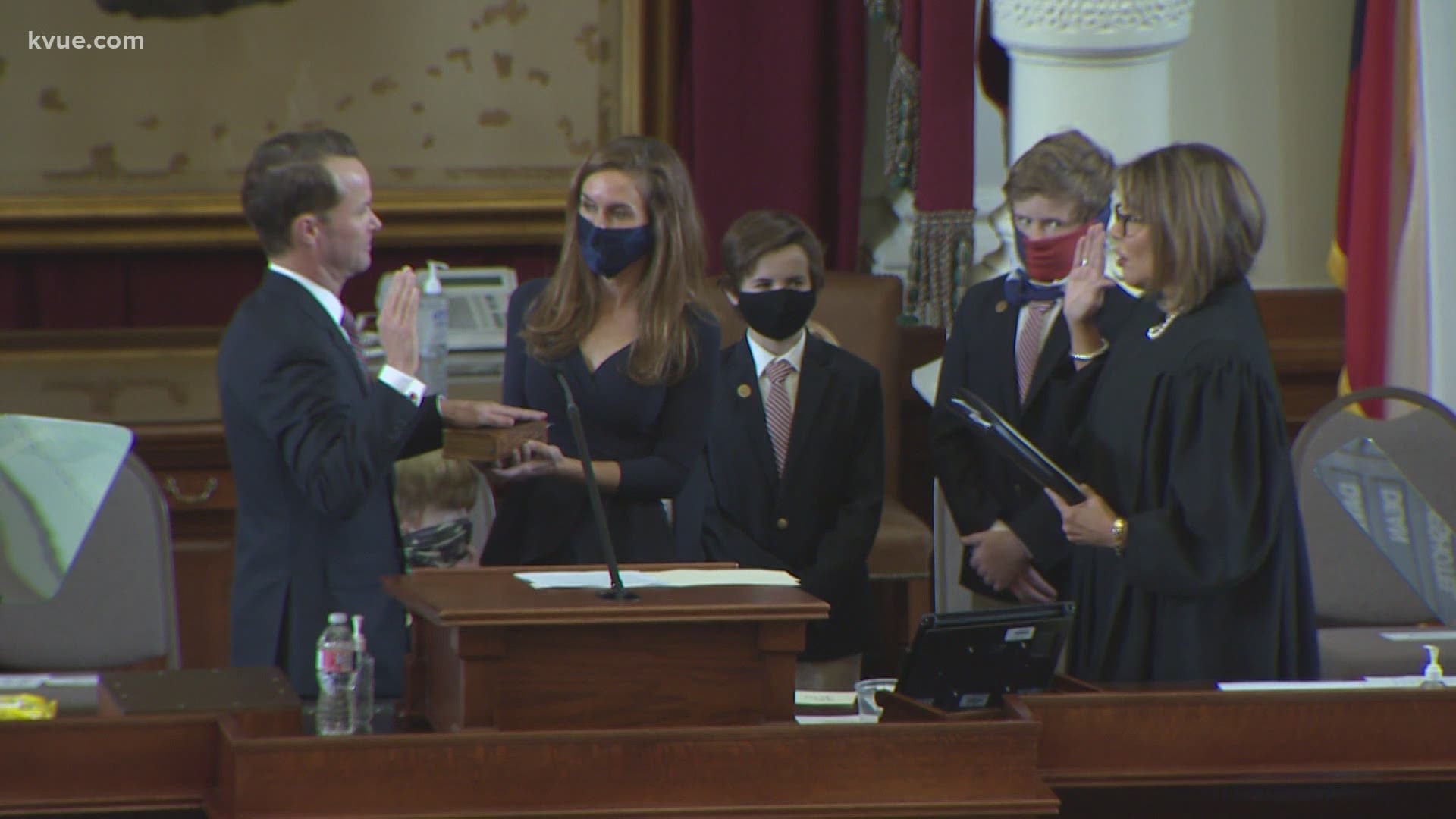 AUSTIN, Texas — In one of the first moves of the 87th Texas Legislative Session on Tuesday, Rep. Dade Phelan (R-Beaumont) was formally elected Speaker of the Texas House of Representatives.

The confirmation comes as no surprise, as Phelan announced in November he had the votes necessary to become the next speaker.

With a vote of 143-Yea 2-Nay and 4-Absent, Rep @DadePhelan is elected Speaker of the Texas House of Representatives #txlege pic.twitter.com/R8bciTmlXX

Phelan took the Speaker's Oath of Office surrounded by his wife and four sons. Addressing his fellow House members, he discussed issues they must tackle together, starting with the pandemic. He said the House must remain dedicated to Texas school children and their educators. He also called for the reduction of regulations on Texas businesses to revitalize the economy.

Phelan has served in the House since 2015 and recently served as the chair of the House State Affairs Committee. He was also a top lieutenant of former House Speaker Dennis Bonnen, who retired after a 2019 scandal involving the recording of a secret meeting between him, a representative and the CEO of TexasScorecard.com.

1 / 17
Daemmrich/CapitolPressPhoto/Pool
Foggy start to the morning as the sun rises over the Texas Capitol at the start of the 87th legislative session in Austin.

"I want to congratulate Speaker Dade Phelan on his election as Speaker of the Texas House of Representatives. Dade is an accomplished leader who will be ready on day one to take on the tough challenges we are facing this legislative session. I know our collaboration will lead to bold, positive public policy for the people of Texas and the future of our state. I look forward to working with him."

Gov. Greg Abbott also visited the Texas House and Senate for opening day on Tuesday. He urged lawmakers to work together over the next 140 days to tackle important issues.

"Over the next 140 days, we have the opportunity to not only respond to the challenges we face, but we also have an opportunity to put Texas on a trajectory to a future of even greater hope and opportunity," said Gov. Abbott. "Now more than ever, Texans need the Legislature to succeed this session. But equally important, America needs Texas to lead the way. If we do this, then we will chart a course towards a healthier, safer, freer and more prosperous future for every Texan."