Following President Donald Trump's Supreme Court nominee announcement, dozens of people called for confirmation hearings to be held off until after Election Day. 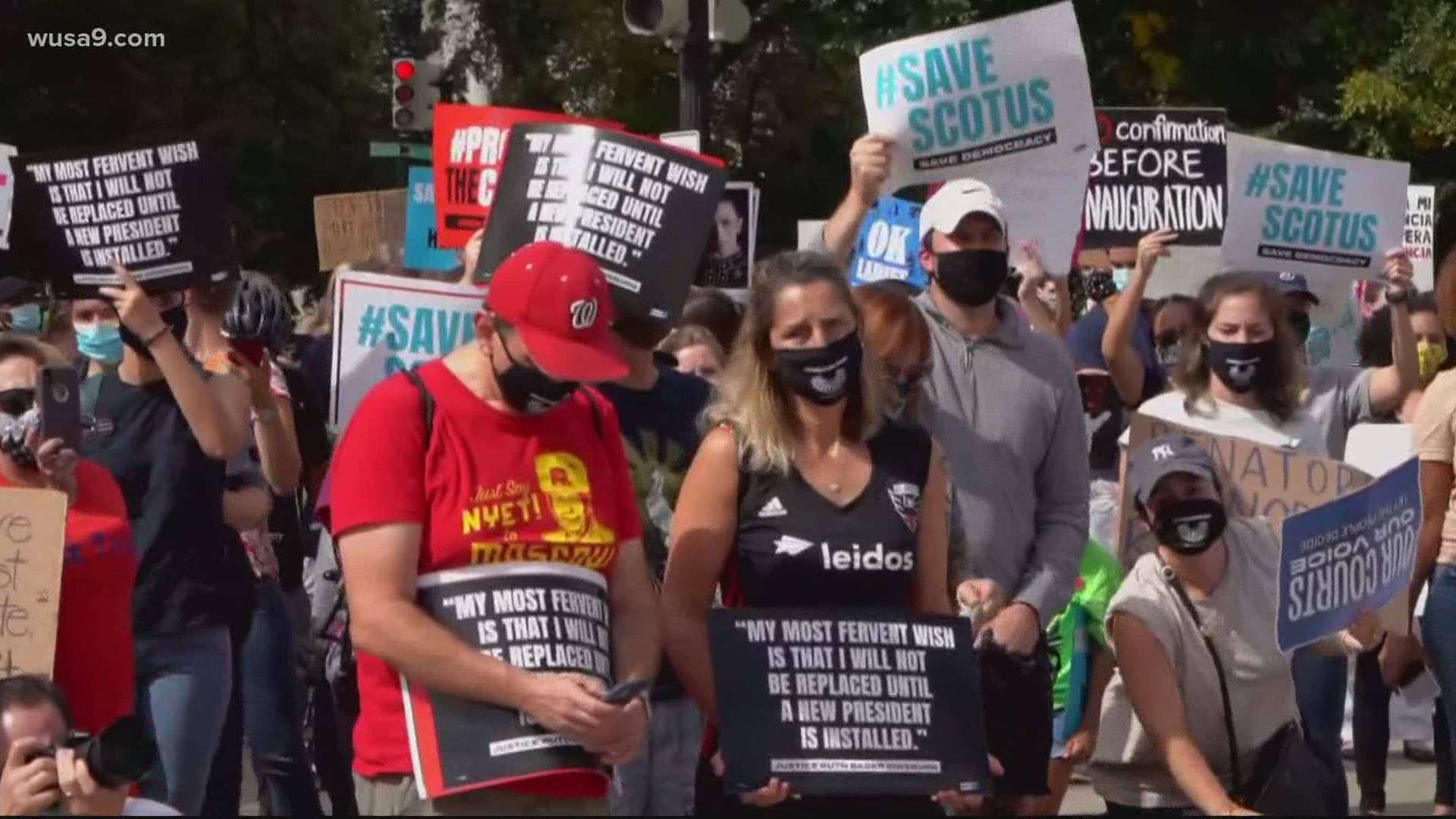 Judge Amy Coney Barrett was picked to fill the late justice's seat and is expected to receive a speedy confirmation process, with Senate Republicans eager to get another conservative member on the Supreme Court before Election Day.

However, outside the Supreme Court building on Sunday, dozens of people called for the Senate to push off the confirmation hearings until after the presidential election in November.

"I feel a great deal of sadness combined with urgency to act," said Ana Maria Archila, who spoke to the crowd at Sunday's event. "We want to tell every Democratic senator that every day you wake up from now until Election Day, your job is to protect people’s ability to choose their president.”

Just across the street from the gathering, a smaller group of anti-abortion supporters waved signs, chanted and voiced approval for Barrett.

Some of the supporters, like Debbie Alexander, came to D.C. for Franklin Graham's "Prayer March" on Saturday and chose to stay an extra day to rally for the new Supreme Court nominee. 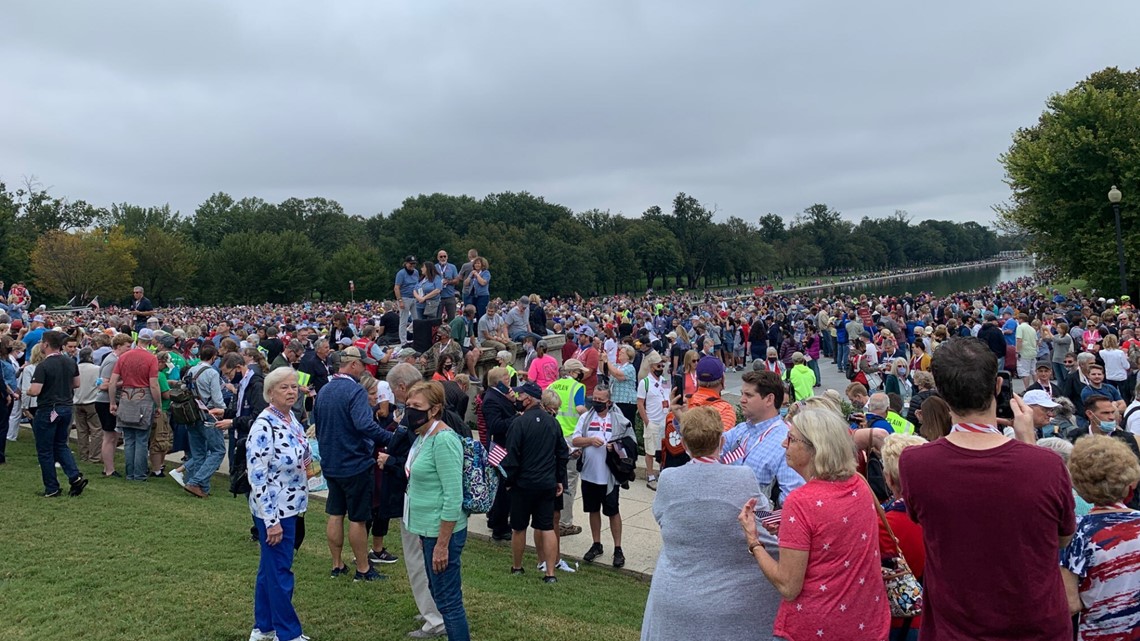 Washington Prayer March draws crowds in call for healing
The two-hour long march includes seven stops where participants will pray. WASHINGTON - About 55,000 people said they planned to attend the 2020 Prayer March on the National Mall Saturday. It was organized by Rev. Franklin Graham. The march will progress from the Lincoln Memorial to the steps of the the U.S.

"I think it’s important to show support for what we believe in," said Alexander, who traveled from Oklahoma and attended Sunday's counterprotest with her daughter. "As a Christian, I think it is completely immoral that we would take the life of a fetus out of convenience."

Alexander told WUSA9 that Barrett brought hope for religious causes and an important voice for mothers.

"She’s female. She’s very intelligent," Alexander said. "She has quite a few children. She has to juggle that and manage that. She and her husband adopted two children from Haiti. I think that shows a lot of compassion.”

At the gathering just a few yards across the street, others worried about what could happen over the next few months.

Neela Ghoshal said she turned out on Sunday to honor the legacy of Ruth Bader Ginsburg.

"We need to uphold RBG's legacy of fighting for the human rights of everybody, for women’s rights and abortion rights," she said. "We need to have a Supreme Court justice who is going to continue to uphold those rights. I’m here to stop Amy Coney Barrett from being installed in the Supreme Court and I'm here to uphold every person's right to an abortion.”

Sterling Alexander, who briefly spoke at the rally, hoped to raise awareness about the economic struggles some are still experiencing because of the pandemic.

Police monitored the streets near the gathering on Sunday and helped keep both sides safely apart from one another.

Moving forward, Alexander said the battle of the Supreme Court open seat showed the importance of the upcoming Election Day and turning out to vote.

"They're a lot of different things going on in the country that we need to really go ahead and vote if we want to make any change," he said.