Lawmakers will have more to spend than previously projected but will still have to make up for a nearly $1 billion deficit. 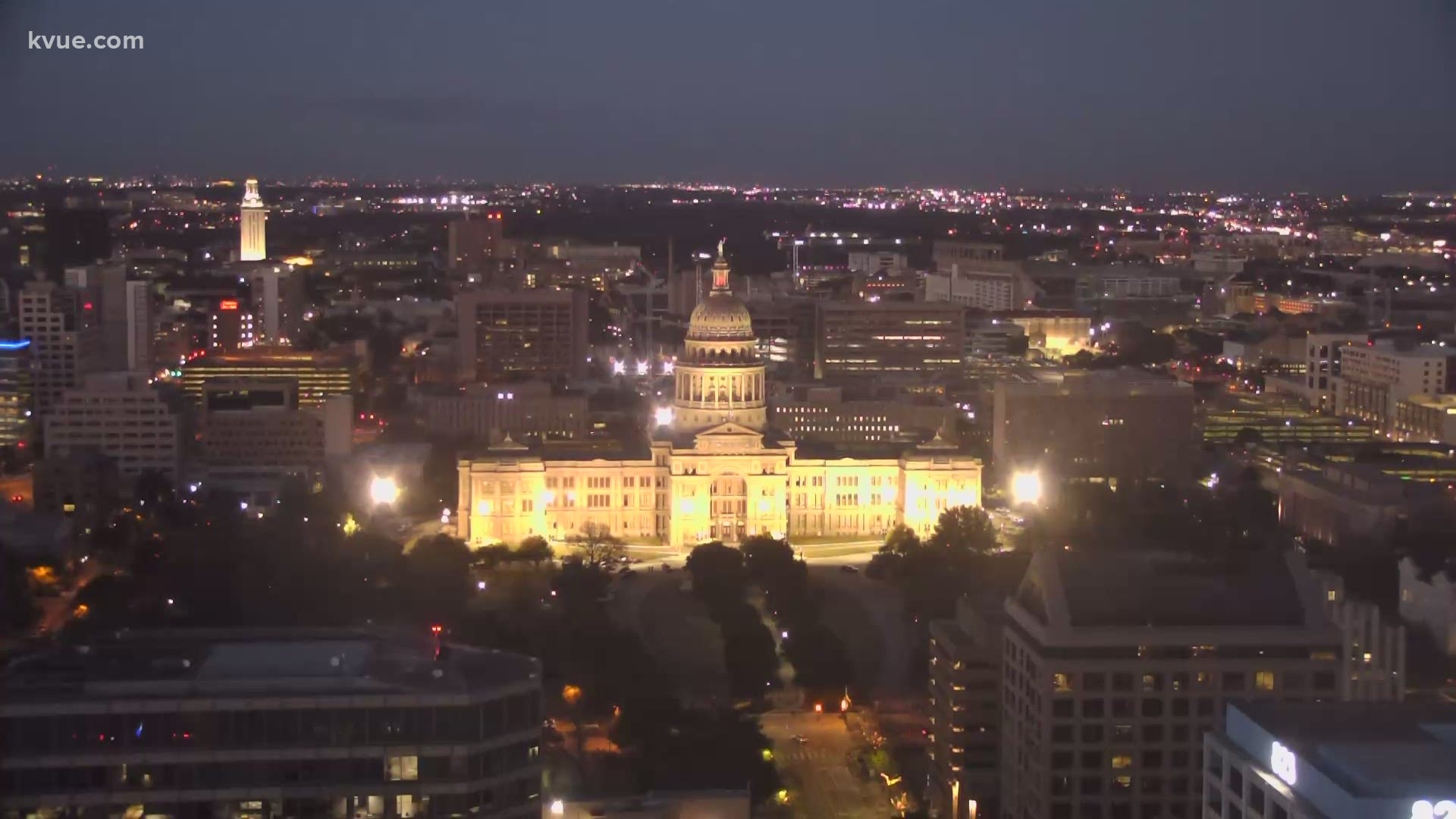 AUSTIN, Texas — Texas lawmakers head back to work Tuesday, and the state comptroller says they will have $112.5 billion to spend when they draw up the next two-year budget during this year's legislative session.

The amount for the 2022-23 biennium is down 0.4% from the current budget, a decline that Hegar says is a direct result of the COVID-19 pandemic, which caused revenue collections to fall well short of what was expected when the Texas Legislature approved the 2020-21 budget.

But the decrease isn't as bad as what Hegar estimated over the summer. In July, he projected that the general revenue available for the two-year budget was expected to be roughly $11.5 billion less than originally expected, putting Texas on track to end the biennium with a deficit of $4.6 billion.

As it stands now, lawmakers will have to make up for a nearly $1 billion deficit.

Although the forecast is better, Hegar says the state's economic future still remains "clouded in uncertainty" and the numbers could change.

"The ultimate path of the pandemic and the behavior of consumers and businesses during a resurgence are difficult to gauge. It’s also unclear how they’ll respond once the pandemic is fully under control. As a result, there is a wide range of possible outcomes for state revenue through the end of fiscal 2023, with the possibility of revenue falling short of this forecast but also a chance revenue could exceed it, perhaps substantially," he said.

Hegar said the Legislature will face difficult choices to balance the budget, saying that while savings from agency spending cuts and federal funding could help erase the projected shortfall for this biennium, a substantial supplemental appropriations bill could increase it, reducing available revenue for the next biennium.

"We believe that with a continuing healthy economy, a growing Economic Stabilization Fund and federal COVID-19 relief, we will be able to move forward on our budget priorities this session and balance the budget by session's end, as required by the Constitution. We will:

"Comptroller Hegar’s revenue estimate this morning offers both bad and good news. The pandemic and the associated impact on state revenues means Texas faces budget challenges at the very time Texans may need government help more than ever; however, the numbers are manageable. The $1 billion deficit is substantially less than the $4.3 billion lawmakers faced in 2011, and the $11.6 billion balance in the Economic Stabilization Fund gives budget writers a bigger cushion than the $9.4 billion in 2011. Texas’ current budget challenges can be addressed without raising taxes at a time when Texans can least afford it."

WATCH: Here's how the 87th Texas Legislative Session bills filed so far compare to years past

Austin ISD encouraging remote instruction for the rest of the week