The governor claims this proclamation will "enhance ballot security." 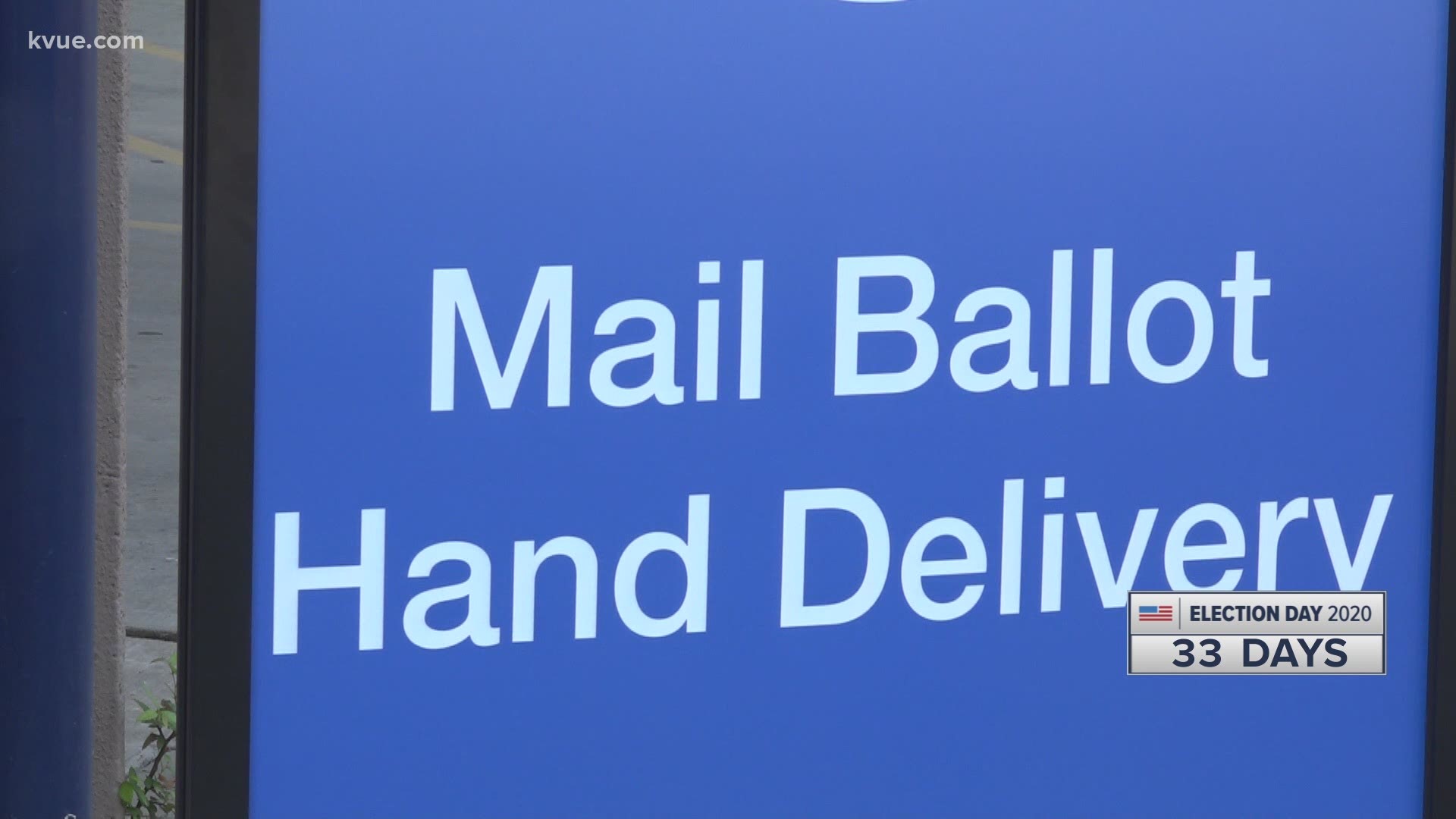 In addition, early voting clerks are required to allow poll watchers to supervise any activity related to the in-person delivery of mail ballots at the designated location. They must act as if they're serving at an early voting polling place.

"The State of Texas has a duty to voters to maintain the integrity of our elections," Gov. Abbott said in a press release. "As we work to preserve Texans’ ability to vote during the COVID-19 pandemic, we must take extra care to strengthen ballot security protocols throughout the state. These enhanced security protocols will ensure greater transparency and will help stop attempts at illegal voting."

On Thursday, Travis County, for example, had begun allowing voters to drop off their marked mail ballots at four designated locations. This proclamation would force the Travis County Clerk's Office to designate just one location.

Starting Oct. 2, only the location on 5501 Airport Boulevard will be open for hand delivery from 8 a.m. to 5 p.m. The 700 Lavaca garages and 1010 Lavaca parking lot locations will be closed.

“With this outrageous act of voter suppression, Abbott shows his real concern is not drop boxes, but more and more voters dropping Trump and his enablers. Trump attacks mailboxes; Abbott attacks drop boxes. Just as he previously ignored medical science, overruling local leaders and exposing Texans to virus dangers, he is now restricting an opportunity to vote safely. Afraid of accountability—relentlessly suppressing the vote—this move will backfire as more voters are determined to be heard. This sabotage is not about election security, it is about Republican political insecurity. With over a month to return your ballot, voting by mail remains the safest way to participate.”

Other groups, like Progress Texas, have also claimed Gov. Abbott's proclamation is an act of voter suppression.

“There’s no legitimate reason to close satellite drop-off locations,” Progress Texas communications manager Wesley Story said in a statement. “This is a blatant attempt by Gov. Abbott to suppress voters because the Texas GOP is afraid of the ballot box. Harris County alone has close to five million residents, and to suggest that one drop off site is sufficient is complete nonsense. Our votes matter now more than ever, and politicians cannot be allowed to stop Texas voters from casting their ballots in this election.”

You can read the full proclamation below:

More than 200 Austin ISD teachers, staff could be laid off, district leaders say