Valley Congressman Vicente Gonzalez said today's inauguration saw many firsts, the most evident was the coming together as a union. 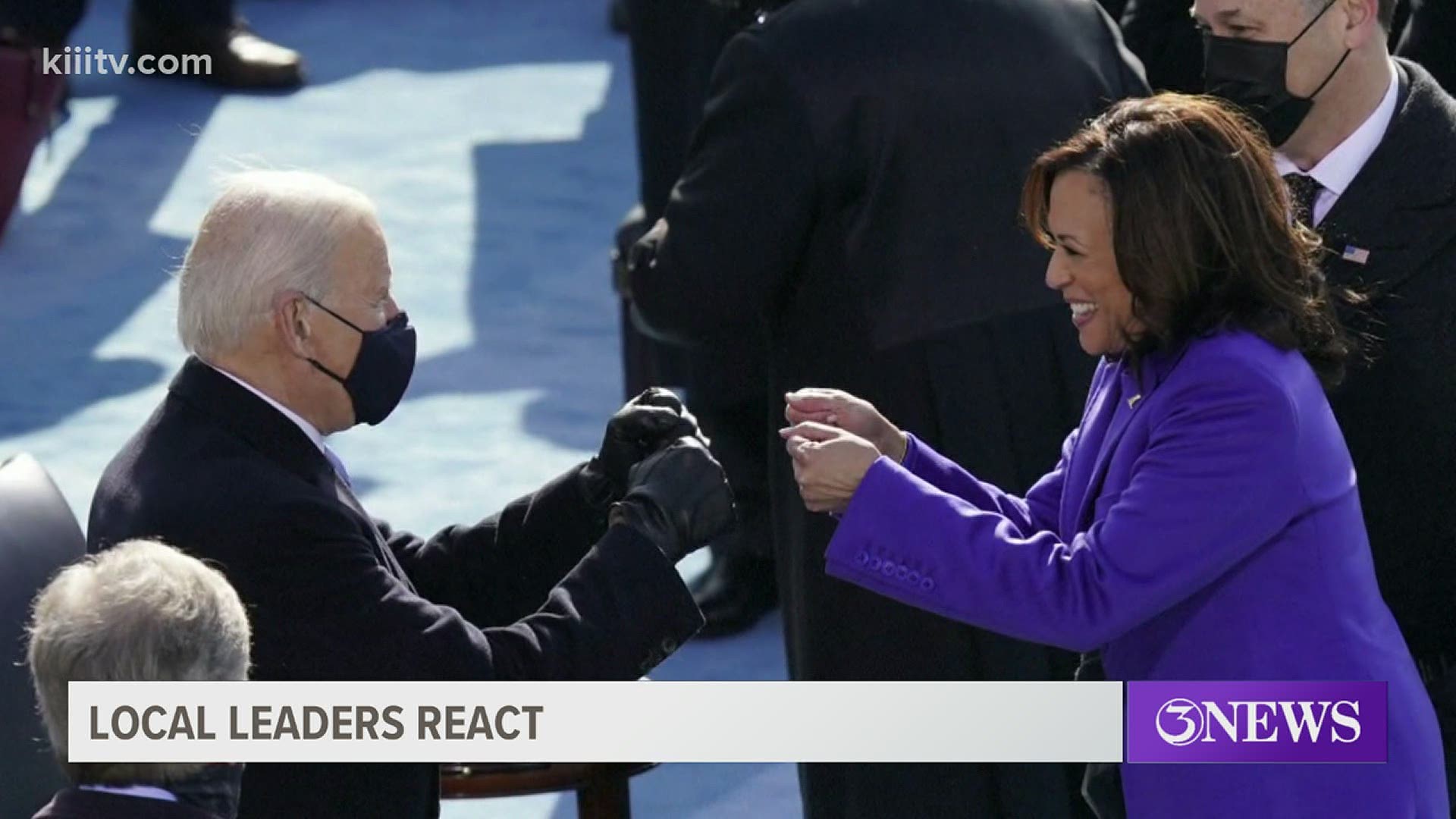 NUECES COUNTY, Texas — There was no shortage of local reaction to the big change in Washington. The pomp and circumstance of the moment was watched by billions around the world. The inspiration of the moment is in our history for our nation, but in particular for women.

"I think we have a real champion for our causes that mean a lot to us in South Texas," Nueces County Judge Barbara Canales said.

Canales knows the significance of being first. She's among the first five female members of the Port of Corpus Christi Commission, and now the first female Nueces County Judge. She calls Vice President Kamala Harris an inspiration.

"It's monumental for women all over the world," Canales said. "Not only because she represents women of color, but because she's such a strong woman. She's such an intellectual woman. She is bold and brave and beautiful and she is someone that we can count on to present strong leadership, so that when little girls look to the United States of America, they know that there will be no bars for them to be able to succeed."

The firsts achieved today were perhaps no more evident than to those who were there in D.C., watching and taking in all the sights and sounds of this historic moment.

Valley Congressman Vicente Gonzalez said today's inauguration saw many firsts, the most evident was the coming together as a union.

"I think today we saw what was right with America," Gonzalez said. "Today, I hugged many of my Republican friends who showed up today to witness this peaceful transition of power in America. Today, democracy won in America and we all witnessed it with a lot of pride and today we weren't Democrats or Republicans. We were just Americans."

With hopes and prayers, Congressman Gonzalez and County Judge Canales said the future is here.

I congratulate Joe Biden on his Inauguration as President, and pray that he is guided by God and follows the Constitution as he assumes leadership of the greatest country in the history of the world. May we forever remain that way.