Why some voters chose to vote early

It's day four of early voting and more than 180,000 voters have already cast their ballot in Travis county. 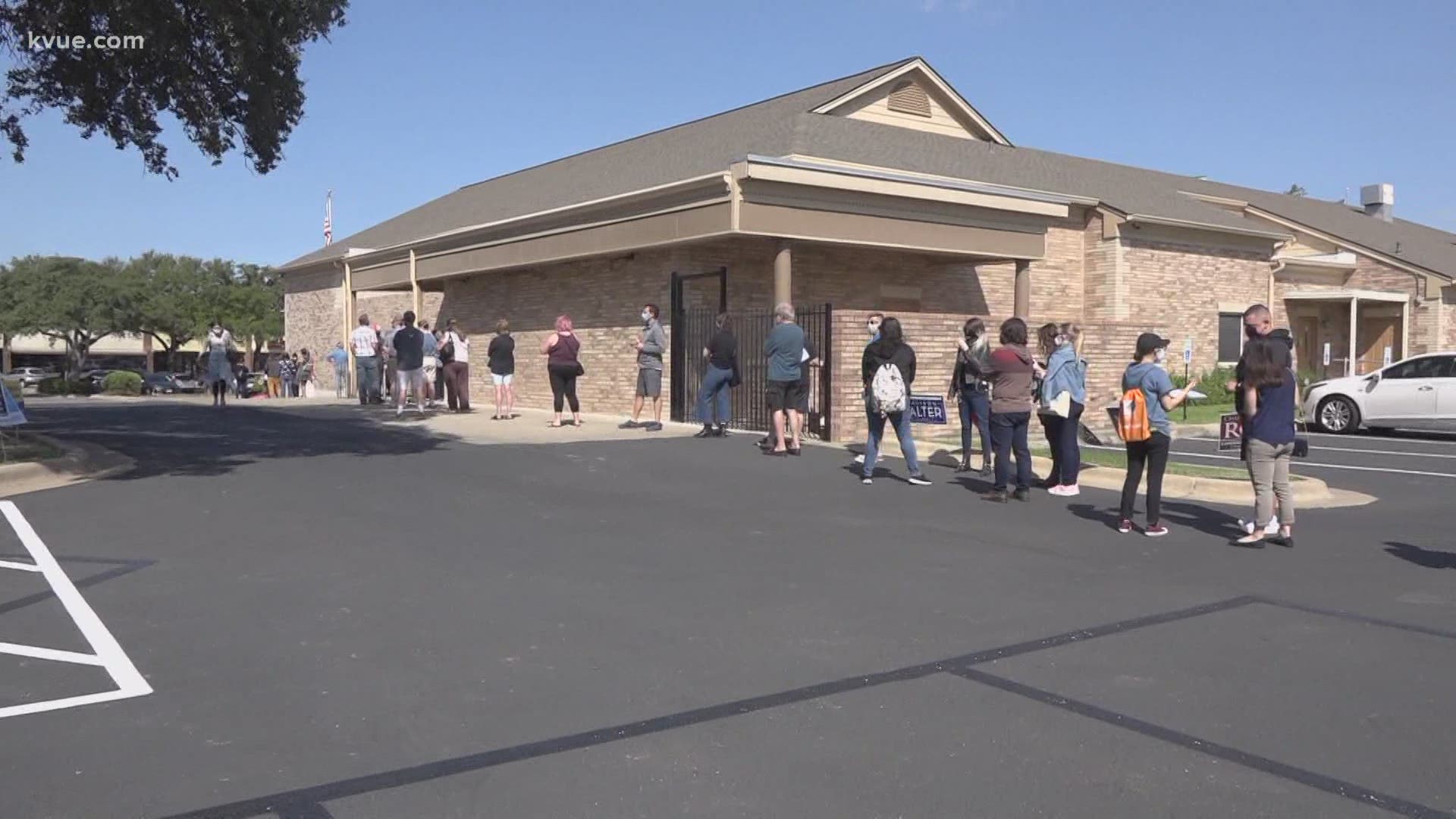 TRAVIS COUNTY, Texas — The countdown to Election Day continues, and over 16% of voters in Travis County have already cast their ballots.

KVUE spoke with voters at Ben Hur Shrine in North Austin about why they decided to vote early.

"I always vote, but I've never voted early," said voter Victor Ramirez. "I felt that I actually needed to be here in person to ensure that my vote was going to be counted."

Kathrin Riggs said she always votes early but this year she brought her friends along because she wants to see change.

"I've just watched some of the worst tragedies take place in my own country," said Riggs. "It's terrible; it's embarrassing and I'm doing the best I can ... I hope positive change can finally happen."

Shawn Good is 60 years old and said he has been exercising his right to vote since he was 18.

"This is probably most definitely the most important election I've ever voted in," said Good. "I want to get out and get my voice heard early."

Although voters were casting different ballots, they all mentioned a goal of unity when the election is over.

"So I'd just like to see, you know, that sense of unity and decency come back to our country," said Good.

"To just be feel more American and feel unified, regardless of who our president is, and just be supportive," said voter Jeremy Villarreal.

The last day of early voting in Texas is Oct. 30.

Early voting started Tuesday and the line is still wrapped around the building here at Ben Hur Shrine.

Many voters said they thought after a couple of days the line would be shorter but it’s clear voters are not playing about casting their ballot. @kvue pic.twitter.com/BsiUPZboXD