Ehlinger started his largest community project to date with his efforts to help in raising $200,000 for COVID-19 relief. 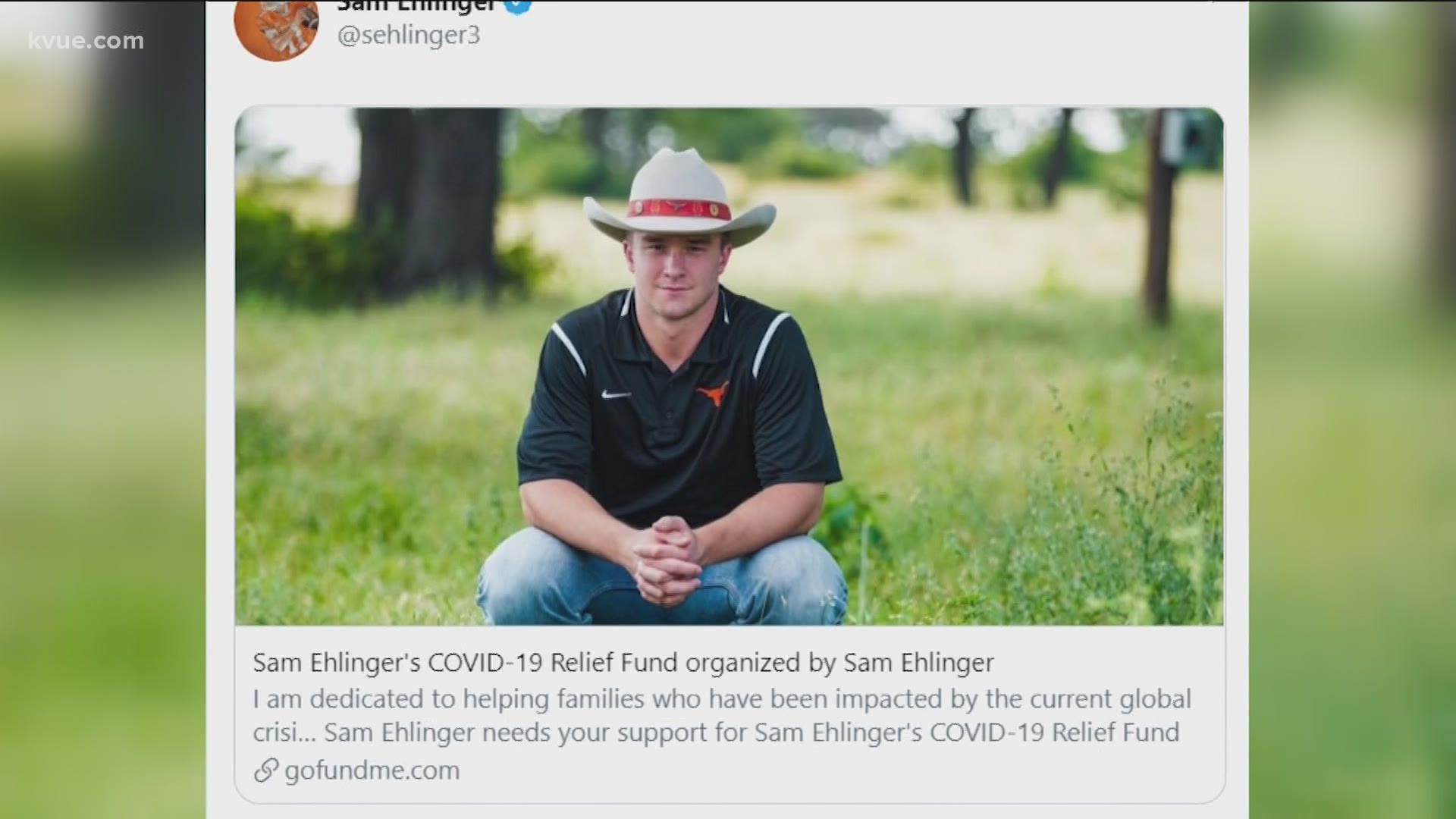 AUSTIN, Texas — University of Texas' starting quarterback Sam Ehlinger has already been named to several lists for his performance on the field.

Now, he's being recognized for his endeavors off the field. On Wednesday, Ehlinger was named to the 2020 Allstate AFCA Good Works Team for his work in the community, including $200,000 raised on GoFundMe for COVID-19 relief. The Allstate AFCA Good Works Team was established in 1992 by the College Football Association, recognizing the extra efforts made by college football players and student support staff off the field.

The donations contributed to providing over 150,000 meals and helped many other people and organizations, Ehlinger said.

Thank you to everyone who generously donated to my COVID-19 fundraising effort.

You all raised approximately $200,000 through @gofundme and private donations.

Your generosity provided over 150,000 meals and helped many other people/organizations.

Ehlinger had announced his fundraiser after Texas head coach Tom Herman said he and his family had donated to the Central Texas Food Bank, among other local non-profit organizations, and encouraged others to as well.

RELATED: Texas Longhorns football players to have 'off day' for Election Day

"[Ehlinger] never took selfish advantage of his celebrity and influence. He's always used it to help other people and that's rare these days," Herman said.

Ehlinger's contributions to the community weren't solely virtual, however. UT's starting quarterback went to the Austin Boys & Girls Club to hand out meals and school curriculums while wearing a mask and practicing social distancing. He also has given his time and service to NEGU, a children's cancer organization. Ehlinger set up an event to meet patients and families during a bye week in the 2019 season to pass out "Joy Jars."

According to UT Athletics, Ehlinger has made periodic visits to the YMCA, hospitals, elementary schools, and was a part of a campus clean-up. In addition to the schools and hospital visits, he was a part of the team clean-up of a burned down playground, participated in Thinkery community night, and volunteered with the Special Olympics.

AFCA became the governing body for the award in 1997 and continues to honor college football players who go the extra mile for those in need. Allstate worked to present the award starting with the 2008 season.