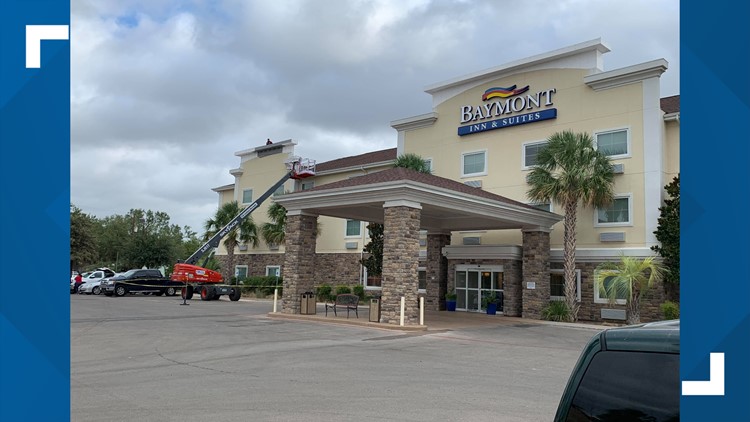 SAN ANGELO, Texas — UPDATE: The San Angelo Police Department's Criminal Investigations Division are searching for two male suspects who reportedly shot towards a pedestrian from their moving vehicle just before 8:30 a.m. in the 1500 block of North Bryant Boulevard.

A preliminary investigation revealed a white four-door passenger car was traveling westbound on West 15th, crossing North Bryant Boulevard, when the vehicle's passenger started shooting in the direction of an 18-year-old man that was walking in the grassy median. One bullet struck a 2006 Ford F150 that was traveling northbound on North Bryant Boulevard.

Investigators believe the shooting incident was not random and that the 18-year-old pedestrian was the intended target. No injuries were reported.

Multiple lanes in North San Angelo will be closed for several hours after reports of shots fired near Baymont Inn & Suites.

According to the San Angelo Police Department, multiple officers were dispatched just after 8 a.m.Monday  after reports of gunshots near the 1500 block of North Bryant Boulevard.

An officer on scene told FOX West Texas that multiple people were detained and no injuries have been reported.

Roads are to remain closed near the hotel for several hours.

Detectives with the Department’s Criminal Investigations division are conducting a follow-up investigation. This is a developing story. We will update this story as more information becomes available.