She invited a man to stay a night, says then he wouldn’t leave

What started as a kind gesture turned into a legal nightmare. 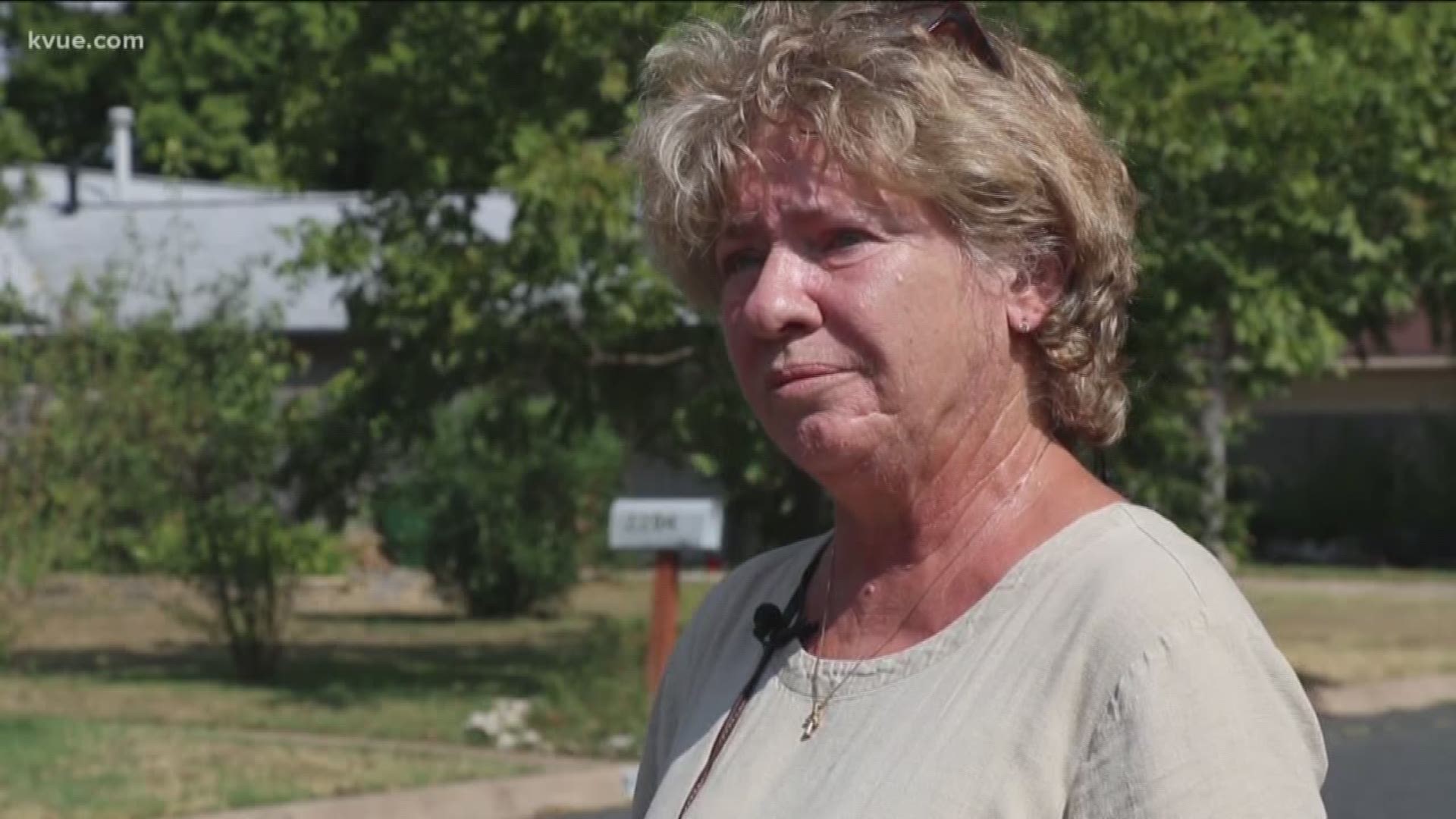 AUSTIN, Texas — When you invite someone into your home, you might consider them to be guests. But what happens when you want them out and they choose to stay?

No rent paid. No lease.

You still must go to court. Meanwhile, you may be out of a home.

“My driveway was clean,” said Cheri Dubuque as she walked up her driveway splattered with oil stains.

Cheri called the KVUE Defenders when she learned the only way to remove a guest is to treat them like a tenant: eviction.

“I had a knock at my door. There was this young man, 30s, wanting to trim trees off my roof,” she said.

The “young man” is Cory Luper from Oklahoma.

Dubuque told Luper no to the tree trimming, but she said she could use some other work around the yard.

“You can finish trimming the hedges for me and I paid him $30,” Dubuque said.

That work led to more around the home.

“I got home, and he claimed heat stroke," she said. "So, I gave him some coconut water and fixed him a smoothie.”

She said she told Luper he could crash on her couch for a few days to recover.

When Luper’s brother and wife showed up later that week, Dubuque said they could stay for a bit, too.

But she said it lasted longer than she wanted.

“I got woken up in the middle of the night with them screaming and yelling,” Dubuque said.

She called the cops.

“Cory said you can’t kick us out. You’ll have to get us evicted. We can stay for as long as we want,” said Dubuque. “The police were there when he said this. They said, ‘Yep. If you invited him in.’”

“What criminal trespass is when you’re in a location or you stay at a location without effective consent from the owner. So, when you have a guest stay over and you allow someone to stay in your home,” said Silva. “If you decide that you don’t want them there any longer, you have to go through the eviction process.”

“We were supposed to do the tree service in the back and the yard work on her other house for the first two months of rent,” said Luper.

He said he never signed a lease.

“She never did provide one,” said Luper. “The agreement was this was going to be an investment property and we could stay here until she sold it.”

She did want to lease the home, but she said not to them.

“I sunk my heart into that house. I raised my boys there as a single mother. They’re 38 and 40,” said Dubuque.

Court records show Luper was evicted in San Antonio last year. The landlord told us he bought a mobile home as a rental.

Luper, a guest of the seller, refused to leave.

When Dubuque went to court, it took less than 30 seconds for the judge to grant Dubuque possession.

The KVUE Defenders we went back to the home to ask Luper when he planned to leave. He didn’t answer the door.

We also discovered Luper has six outstanding warrants in Oklahoma.

We passed the information to Austin police. They say they didn’t check when they responded to Dubuque’s call because he was not a suspect in a crime.

If you have a story tip for the KVUE Defenders email us defenders@kvue.com.

What the Beep: Why does the 290 toll road end before Manor, causing a huge bottleneck?