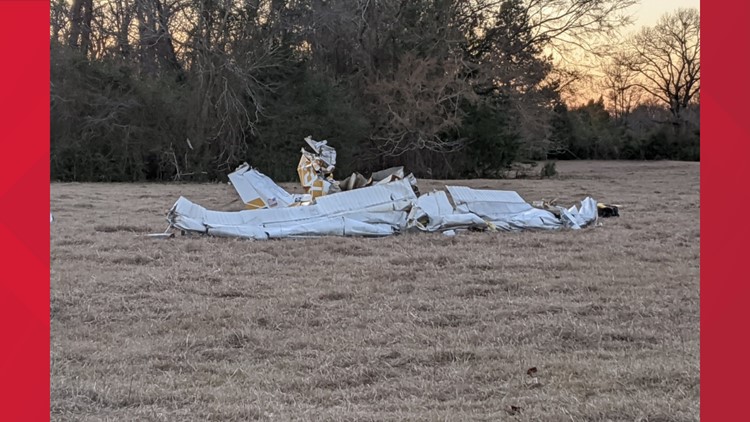 According to the Texas Department of Public Safety, around 3 p.m., troopers responded to a reported plane crash in a field off of County Road 4303, seven miles north of New Summerfield in Cherokee County.

The investigator's preliminary report indicates the pilot of a Cessna 150, identified as Keith Michael McElvain, 76, had taken off from the Cherokee County Airport around 12:05 p.m. The crash occurred after the aircraft appeared to have struck the guide wires for a television tower in the Ponta area, east of Jacksonville, according to the report.

McElvain, who was the only occupant, was pronounced dead at the scene and was taken to a Jacksonville funeral home.

An investigator with the NTSB, Maja Smith says the next step is to recover the plane and look at it, look at the pilot, logbooks, maintenance books, and his medical, and also environmental conditions at the time of the accident.