Ahead of Trump border visit, and amid Abbott's border wall plan, south Texas family maintains their land is their land

The siblings, all retired Customs and Border Protection personnel, say their land is a "lifeline" which has been in the family since 1750. 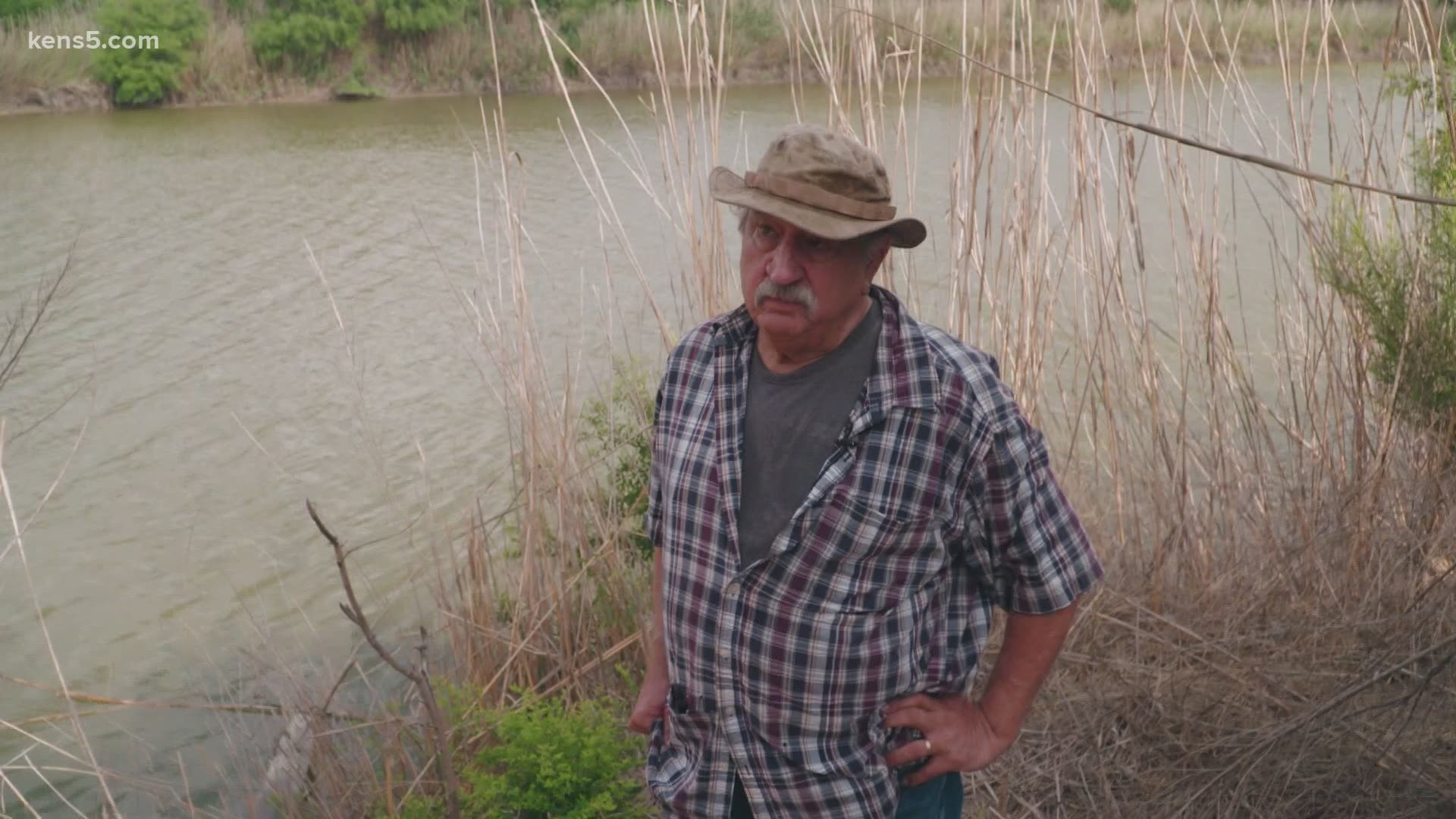 ZAPATA COUNTY, Texas — Governor Greg Abbott and former President Donald Trump are visiting the Rio Grande Valley Wednesday. They are expected to tour unfinished portions of the border wall and receive a security briefing from state officials and law enforcement.

He's fundraising the rest. As of Tuesday, his office told KENS 5, his crowdfunding efforts have already yielded more than 656,000 dollars in donations.

Governor Abbott has mentioned he'd want Texans to donate their land for the project.

KENS 5 spent some time with the Vidaurri family in Zapata County, on their ranch along the Rio Grande.

Three brothers told us their family has owned the land they’re now farming and ranching since the 1750s.

All three are retired Customs and Border Protection officers.

“Farming and ranching is never going to make you rich,” said Mauricio Vidaurri, “My brothers and sisters, we have an obligation to take care of this land. It's in our DNA.”

Vidaurri said he first heard about border wall construction in 2015. In 2020, according to the documents that family showed KENS 5, the U.S. government came to them to ask permission to survey the land for possible border infrastructure and “other tactical infrastructure projects authorized by Congress.”

Vidaurri’s brother Jose, who also owns a tract of this land, feels the same way as his brother.

“This is this is our lifeline,” he said, pointing to the Rio Grande and the large pipe that leads from the river, to the pump that later runs the water to the Vidaurri’s fields. “This is not only ours, but down to the valley where you have bigger crops of fruit, citrus fruit, you know, they depend a lot on the water also.”

Jose Vidaurri told KENS 5 the Army Corps of Engineers had already surveyed the property, took soil samples and did some cleanup.

“They were going to go back, regroup and come up with a plan that will work,” he said. “They never gave us a final plan. We are in limbo.”

Vidaurri and his brother Alfredo showed KENS 5 what they described as markers that were left behind after the land surveys.

KENS 5 provided the U.S. Army Corps of Engineers a picture of one of the markers in an effort to confirm it was theirs.

The U.S. Army Corps of Engineers told KENS 5, “the marker seems to indicate stationing numbers and was possibly placed by an Army Corps contractor for possible border infrastructure work in Zapata County before the January 20, 2021 construction pause.”

The Department of Homeland Security said on January 20, 2021, President Joe Biden issues a Proclamation pausing the construction of the southern border wall.

DHS is continuing certain projects along the border that the department describes as “needed to avert immediate physical dangers.”

The first is a project in the Rio Grande Valley, where DHS will construct and remediate approximately 13 miles of what DHS called “compromised levee.”

Governor Abbott not only pledged state funds to pick up wall construction, this week he tweeted the building of the border barrier has begun. He didn’t specify the location in his tweet. Just saying the first step was to get easements on land, the second was to clear it for the building process.

Abbott had said he wanted Texans to volunteer their land for the project.

“We have not received anything from the Governor's office or anybody connected to the Governor's office,” Jose Vidaurri told KENS 5. “I would not personally donate any land for that use or for any use, this land has a purpose, it has been established way before I came into the world.”

Mauricio Vidaurri told KENS 5 that enforcement was important. He supported charging migrants with trespassing and including it in their criminal record.

“I don't see hordes of people coming in,” Vidaurri told KENS 5, “Do people cross? Yes, they do. More boots on the ground, more technology that stops this. We encourage enforcement and there's no doubt that, you know, but the wall is not the answer.”