'The problems are dramatic' | Gov. Abbott stresses the need for border security during tour with Trump

The visit comes amid Abbott's continuing Operation Lone Star initiative to crack down on drug and human-smugglers in the state. 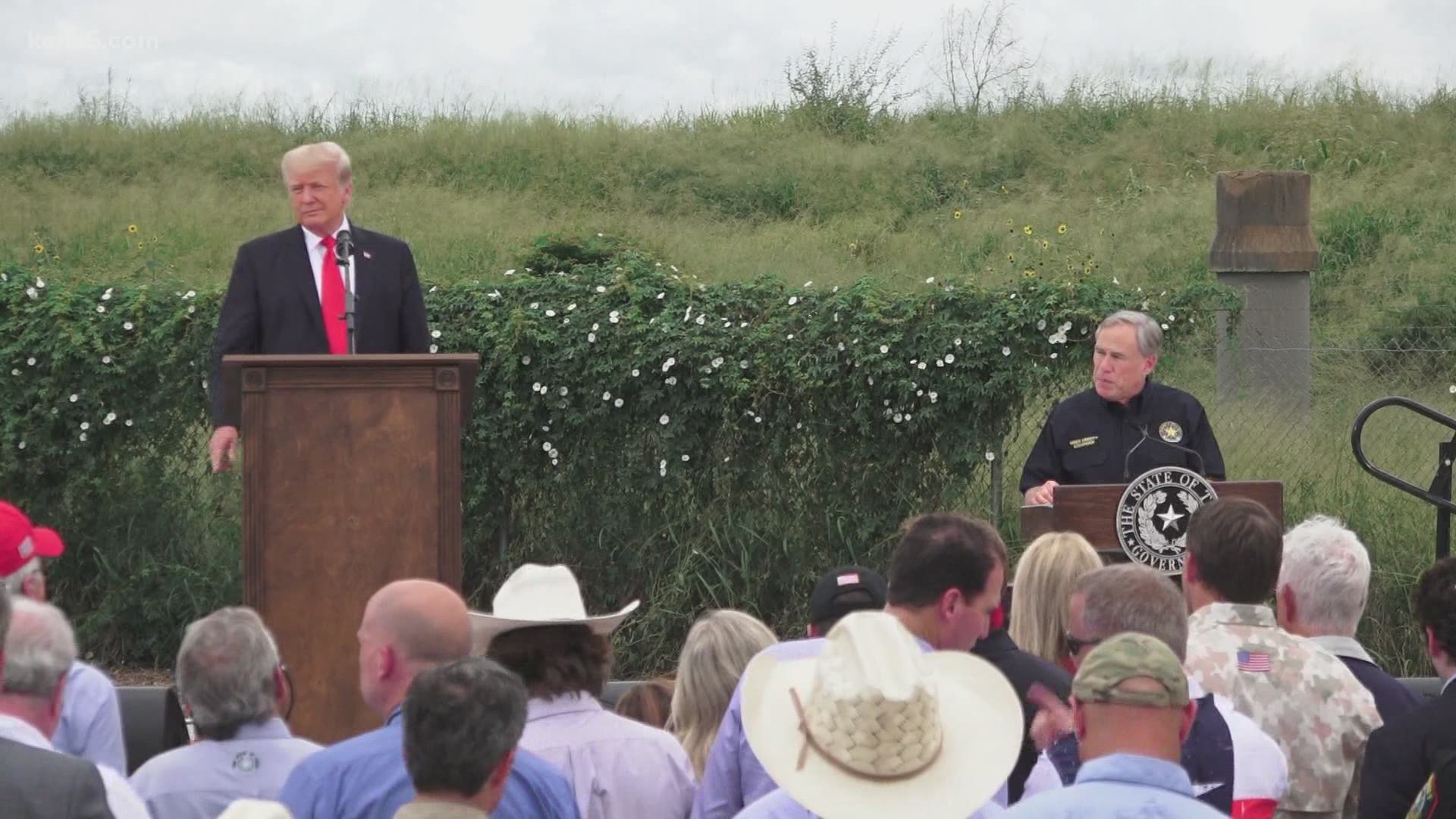 Wednesday's visit began with security briefing in Weslaco before Trump was taken on a tour of unfinished sections of the border wall.

During the briefing, Gov. Abbott began by outline what he saw at the major problems at the border.

"The problems are dramatic...just this calendar year, Texas DPS alone has apprehended more fentanyl to kill every man, woman and child in the entire state of Texas," Abbott said.

"This is not going to be the red carpet treatment that the Biden administration has rolled out," Abbott said, referring to a plan to arrest people crossing the border.

President Trump also spoke during the briefing, saying he believed the border was better secured under his administration.

Hear more from President Trump below: 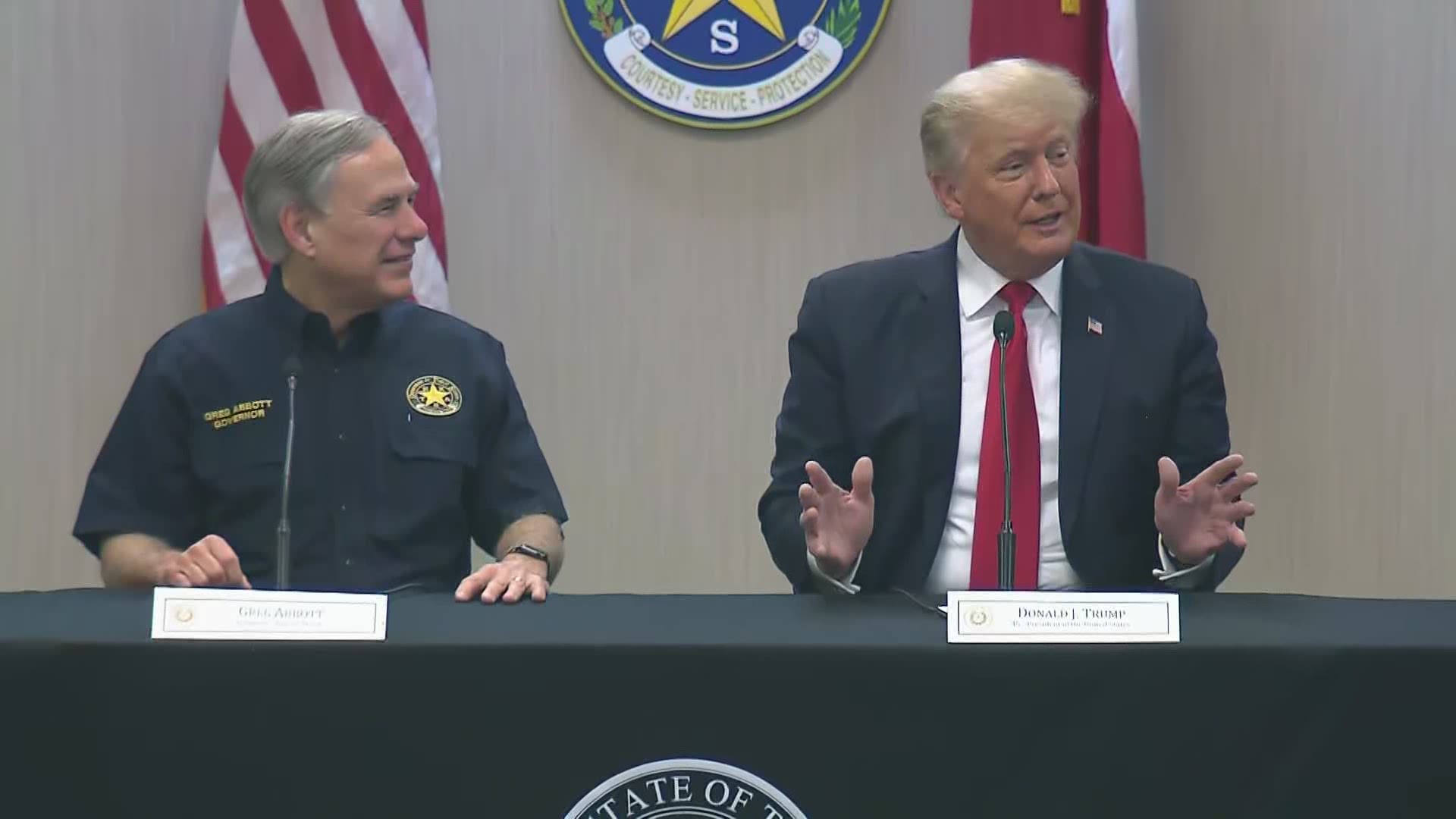 The visit comes amid Abbott's continuing Operation Lone Star initiative to crack down on drug and human-smugglers in the state. Just this week, Abbott shared video on social media of landscaping efforts which he said were the first stages of his recently announced plan to construct a "border wall."

Experts have said that plan faces hurdles, not the least of which is how the Texas government will negotiate with private individuals and the federal government to construct the barrier on certain stretches of land. As for the cost, the state last week allocated $250 million toward the project.

An estimated total cost has not been provided, however, and Abbott said the Texas government will be soliciting donations from the public to help fund it.