Nico Johnson’s family says the boy is the victim of an international child abduction. 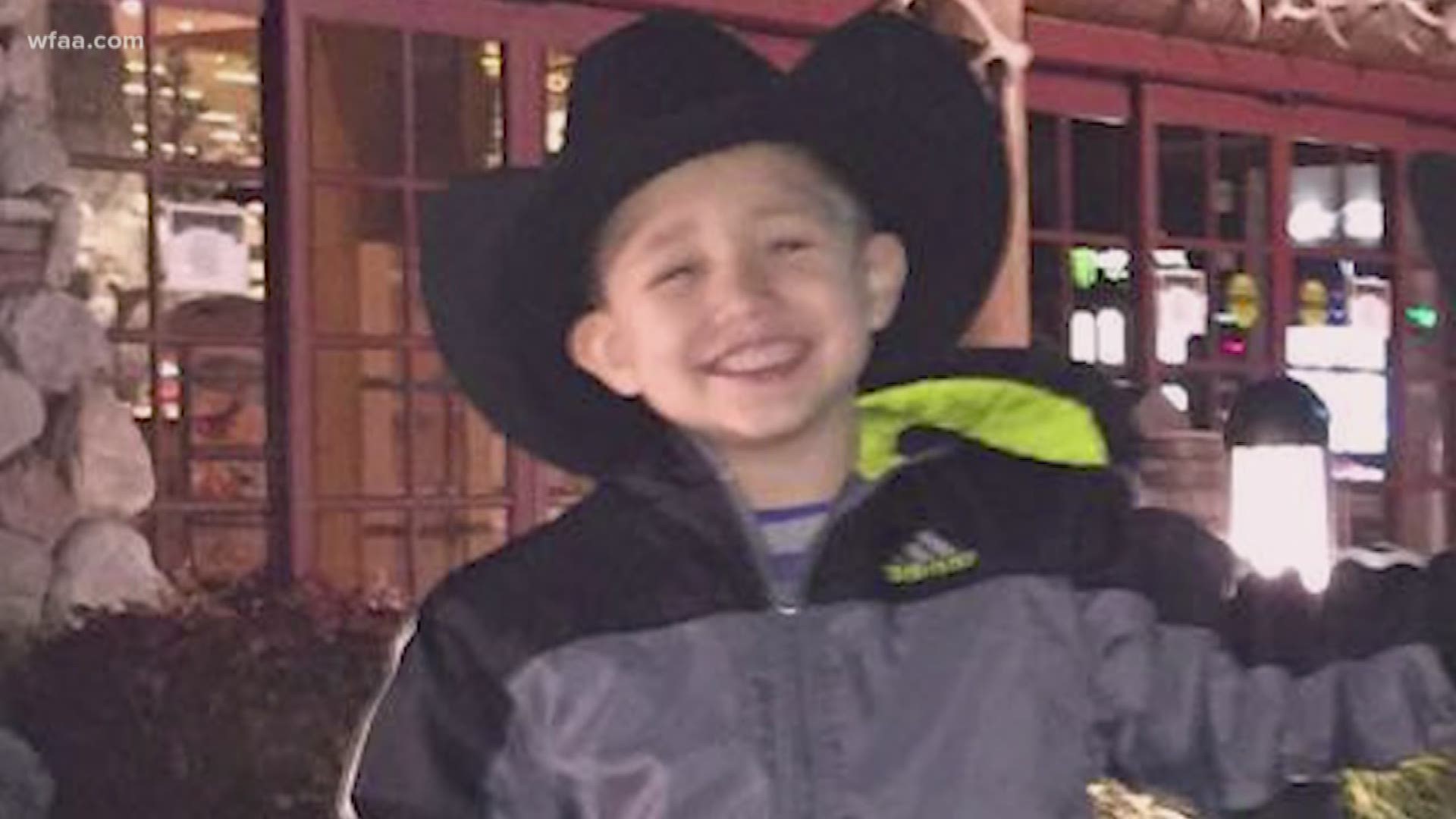 LITTLE ELM, Texas — A bedroom inside Eric and Jessica Johnson’s ranch style home in Little Elm is prepped and ready for a seven-year-old little boy.

Spider-Man blankets and pillows cover the bed. Unwrapped Christmas presents are stacked in a corner. And toy cars and trucks line bookcase shelves.

How can a room that looks so perfect for child’s play be so quiet?

The little boy who is legally supposed to be living there has never even seen the home. He last saw his dad almost two years ago in a courthouse in Lima, Peru.

“That was an amazing hug,” Eric Johnson said. He remembers how it felt to hold his son during a court hearing in October 2017.

Johnson has custody of Nico. But Nico’s mother is from Peru. And in 2016, she took the boy to Lima and never brought him back. She was charged with kidnapping in America.

Courts in both countries ordered her to bring Nico back to the U.S., but she appealed to a higher Peruvian court and a panel of three judges ruled that the little boy now considers Peru to be his home.

“It really is a roller coaster,” Johnson said.

He said Nico’s mother is also violating court-ordered visitation agreements by preventing him from talking to his son on the phone during regularly scheduled video or phone calls.

“Not only did she break the law in the U.S., but she is breaking laws in Peru, too. How is she above the law?” he asked.

Johnson, who was in the U.S. Navy for five years, turned to the U.S. State Department for help shortly after Nico disappeared.

The state department estimates about 1,000 children are victims of international abductions each year.

Monteblanco said he has clients from all over the world in situations that are similar to Johnson’s. He said the cases drag on for years because the courts in Peru are painfully slow.

“Before you know it, a child might be away from the left behind parent for six to seven years,” he said.

Johnson is frustrated, because it is the fifth year in a row for the country to be labeled noncompliant. “Why is nothing more being done?” he asked.

Johnson’s case is expected to go before the Peruvian supreme court within the next year or so, Monteblanco said.

“Years will have gone by before Eric can see his son again,” Monteblanco said.

Johnson and his wife, Jessica, have now launched a public campaign that they hope will pressure the state department into taking more action.

They launched an online petition and they are writing letters to members of Congress and the U.S. Senate. They’ve received some correspondence from U.S. Sen. John Cornyn and U.S. Rep. Michael Burgess.

“We need help,” Jessica said. “Nico wasn’t just taken from a father and step mom. He was taken from grandma, grandpa, cousins, aunts and uncles. There’s a whole community and family that misses him.”

They hope someone is listening and takes action soon.

“A phone call with him only lasts like 15 seconds,” Johnson said, “but I end every call saying I love him and miss him.”

He prays Nico hears him so that laughter can replace the silence in that perfect little back bedroom.