Triple-digit readings on the way; potential tropical system in the Gulf late in the week

Now that rain has ended throughout the region, attention turns to triple-digit heat and potential tropical issues. 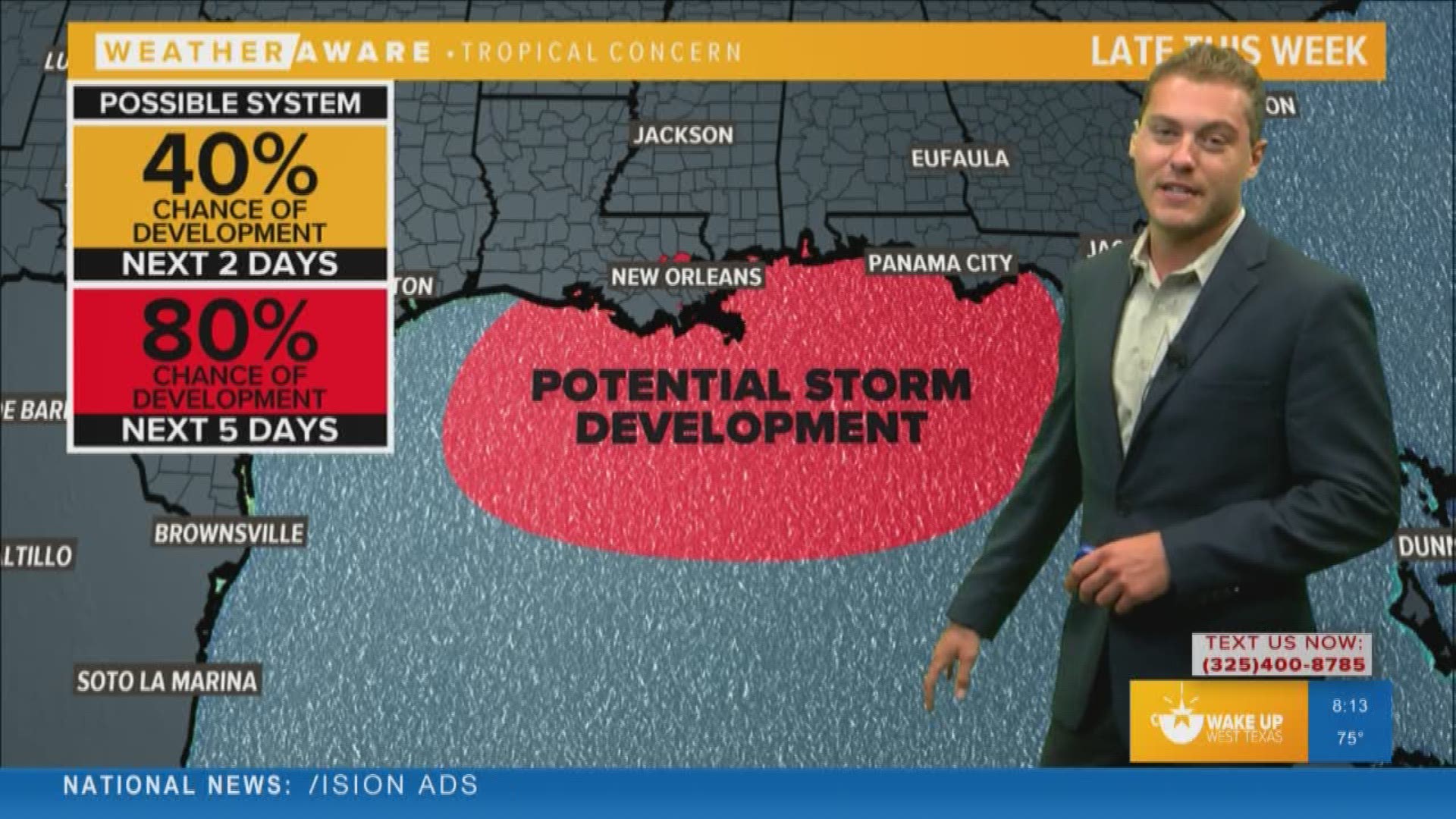 SAN ANGELO, Texas — Monday featured scattered showers and thunderstorms throughout West Texas. This activity and cloud cover kept temperatures at bay, with a few locations, such as San Angelo, staying in the 80s throughout much of the day. Where there was more sunshine, temperatures climbed to the middle to upper-90s, with plenty of humidity.

Everyone will see more sunshine Tuesday, causing temperatures to spike during the afternoon hours above the century mark. With the humidity still in the moderate levels, heat index values will rise to around 105 degrees. Make sure to take it easy if spending time outside this afternoon and drink plenty of water.

The triple digits will stick around the region through Wednesday, before temperatures moderate to near seasonal levels towards the end of the week and into the weekend.

Attention will then turn to the tropics, where we are watching a low pressure move off the Gulf coast mid-week. This system has the potential to form into a tropical storm or hurricane by late week and impact the western Gulf of Mexico. Locations from New Orleans to Corpus Christi need to watch this carefully as it can have effects for this upcoming weekend.