VERIFY: Hand sanitizer is highly unlikely to explode in a hot car

A social media picture claims leaving hand sanitizer in a hot car can spark a fire, though an auto expert extinguishes the myth. 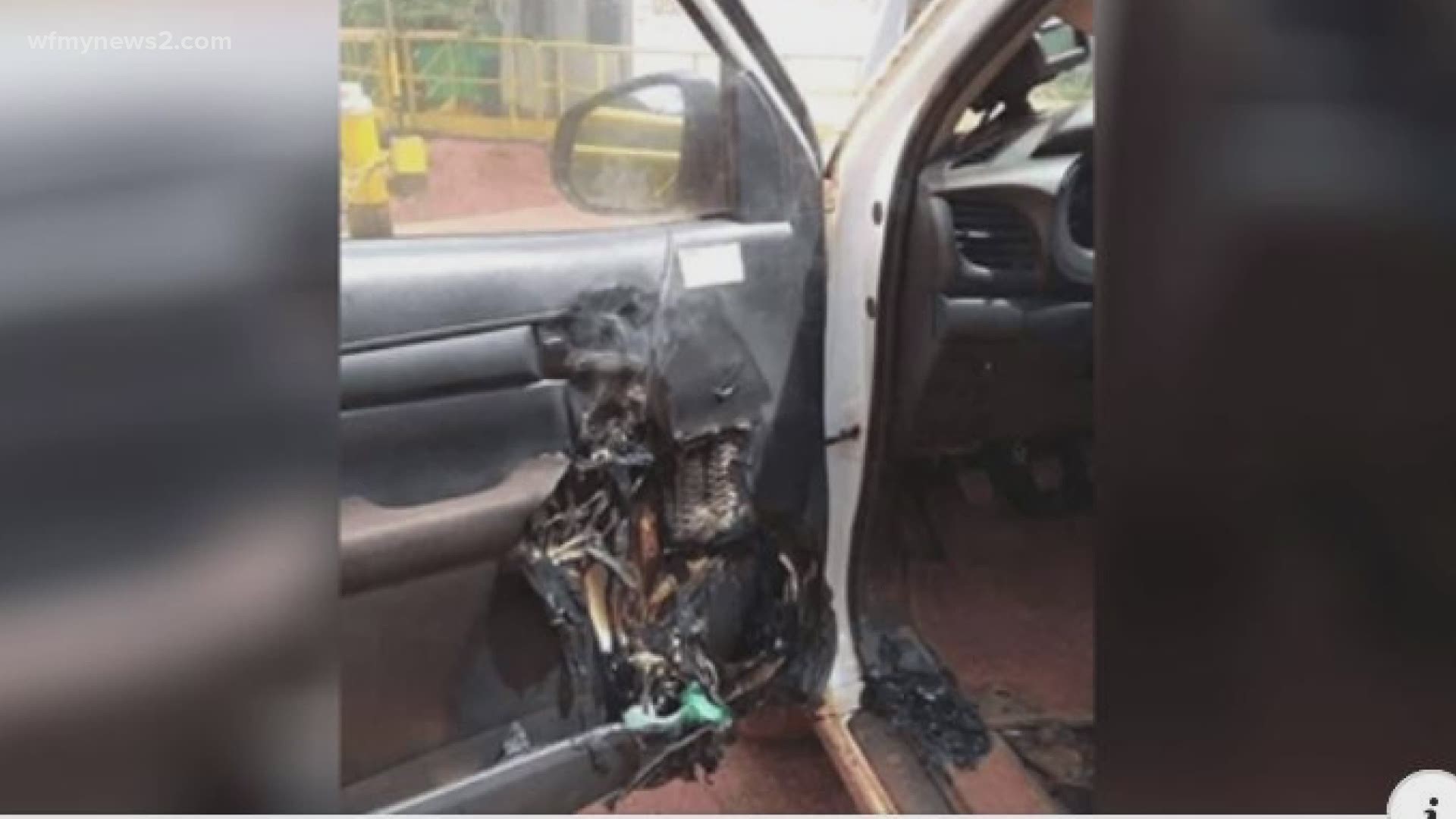 GREENSBORO, N.C. — As your summertime air conditioning pumps hard, so do the rumors circulating online.

You might have seen a disturbing picture floating around social media over the past couple of months.

The fact-checking site Snopes picked it up and said the photo started circulating on WhatsApp, even making its way to a real fire department's Facebook page. The initial caption reportedly claimed the picture shows the aftermath of a hand sanitizer exploding in a hot car. Notice the charred driver's side door and blackened debris.

WFMY News 2 viewer Donna Robinson asked, "Hey, can you VERIFY if leaving hand sanitizer in your car during the heat causes a fire? Would love to know that answer!!"

To VERIFY, we reached out to Cynthia Roy, a mechanic and the owner of Roy's Automotive in Greensboro.

"Hand sanitizer, no matter what brand you use, typically contains between 60% and 80% alcohol, and alcohol has a flammable point of 700 degrees F. If it gets to be 700 degrees inside your car, you have bigger things to worry about than hand sanitizer exploding. Pretty much the entire inside of your car will be melted at that point," she explained.

So, if hand sanitizer wasn't the culprit that caused the car fire, what was?

"This is actually a picture of a door handle that had an electrical fire inside the door components, themselves. One of the door locks or the window switches or something to that effect started an electrical fire. It had nothing to do with hand sanitizer," she explained.

Roy said the biggest fire hazard with hand sanitizer is using it near a cigarette lighter or barbecue grill. Make sure the sanitizer is dry, before you touch something flammable, or your hands could catch fire.

It is highly unlikely for hand sanitizer to combust in a hot car and cause a fire.

Do you have a VERIFY inquiry? Send a post, screenshot or selfie video of the topic in question.

RELATED: VERIFY: WHO quote about asymptomatic transmission a 'misunderstanding'

RELATED: VERIFY: No, this photo of a vandalized Lincoln Memorial is not real

RELATED: VERIFY: What do 'antifa' and 'boogaloo' mean?