VERIFY: No, the Keystone XL Pipeline decision has nothing to do with gas crisis on east coast

On social media, claims have started to spread, suggesting that the gas crisis can be blamed on Biden's decision to revoke the permit on the XL Pipeline. 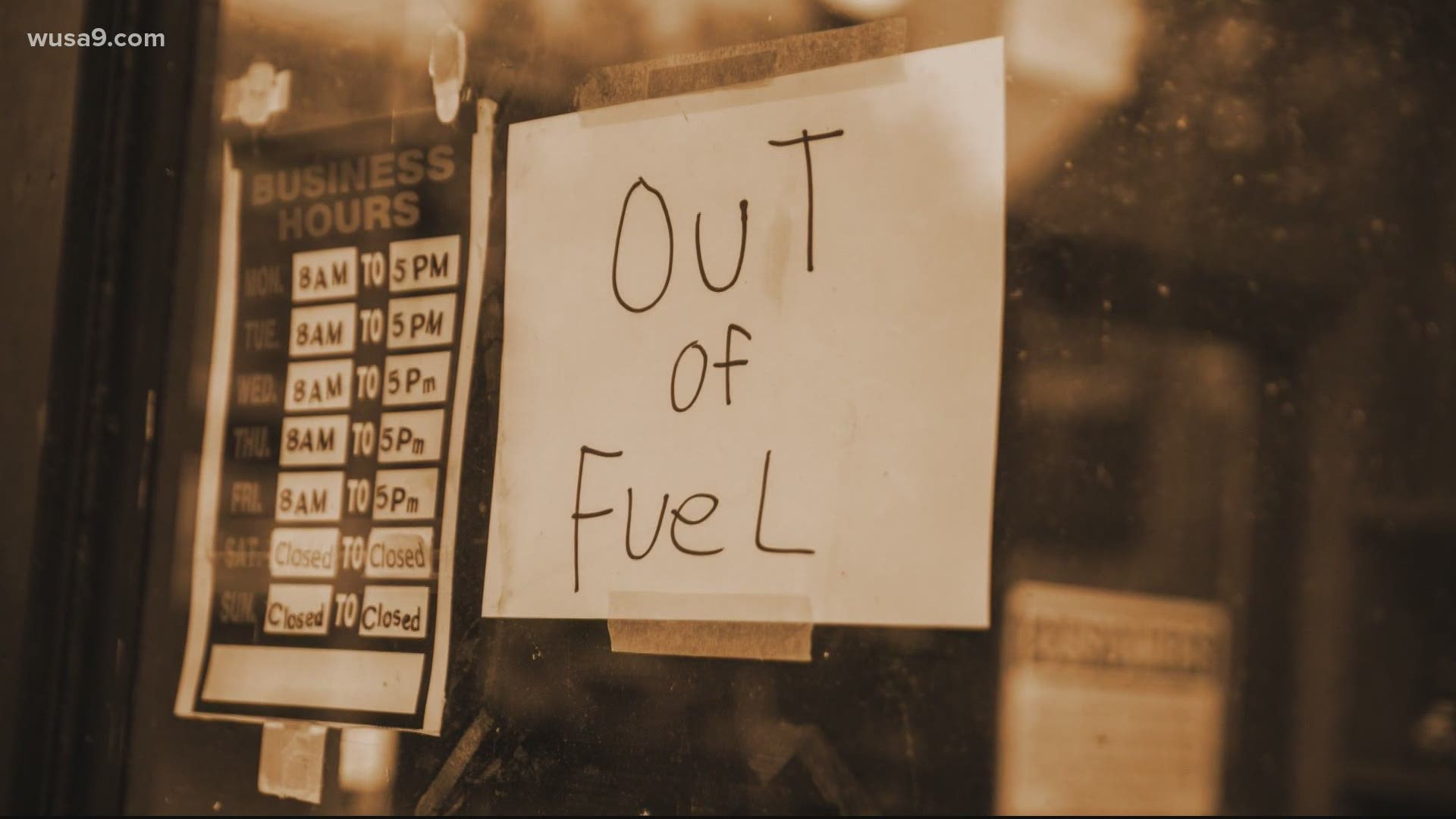 WASHINGTON — On social media, claims have started to spread, suggesting that President Joe Biden was to blame for the recent gas crisis, in part because he revoked the permit for the Keystone XL Pipeline in an Executive Order in January.

The Verify Team went to experts in the field of gas distribution and prices to figure out if there is any truth to these claims.

Did the decision to revoke the permit for the Keystone XL Pipeline have any causal effect on the recent gas crisis in the Southeast and mid-Atlantic?

Kenneth B. Medlock III, James A. Baker III, and Susan G. Baker Fellow in Energy and Resource Economics at the Center For Energy Studies at Rice University

Professor Jason Mollica, Program Director for the School of Communications at the American University

The Verify Team spoke with Patrick De Haan from GasBuddy and Ken Medlock from the Baker Institute at Rice University to better understand the causes for the recent gas crisis on the east coast.

Both experts were adamant that the local shortages had nothing to do with a January decision by the Biden Administration, relating to the Keystone XL Pipeline.

"They have nothing to do with each other," said De Haan. "And there's no effect."

"When you can't find gas," read one post. "Remember who executively ordered the Keystone Pipeline to close."

The post is referring to an Executive Order signed by President Joe Biden on his first day in office, which revoked a permit for an expansion to the Keystone Pipeline. This pipeline would eventually carry crude oil from Canada to Oklahoma. Crude oil must go through a refinement process before being used as gasoline or other products.

"It has no bearing on gasoline supplies on the East Coast," said Medlock.

The actual cause for the gas problems was the hacking of the Colonial Pipeline, which carries gasoline across a 5,500 stretch in the Southeast and mid-Atlantic.

"When the Colonial Pipeline went down," said Medlock. "You severed a system that moves one-sixth of all interstate petroleum product trade in the U.S. So, that created local shortages."