President Donald Trump claims the previous administration left him 128 openings on the federal bench. It was not that number, but it was a large number. 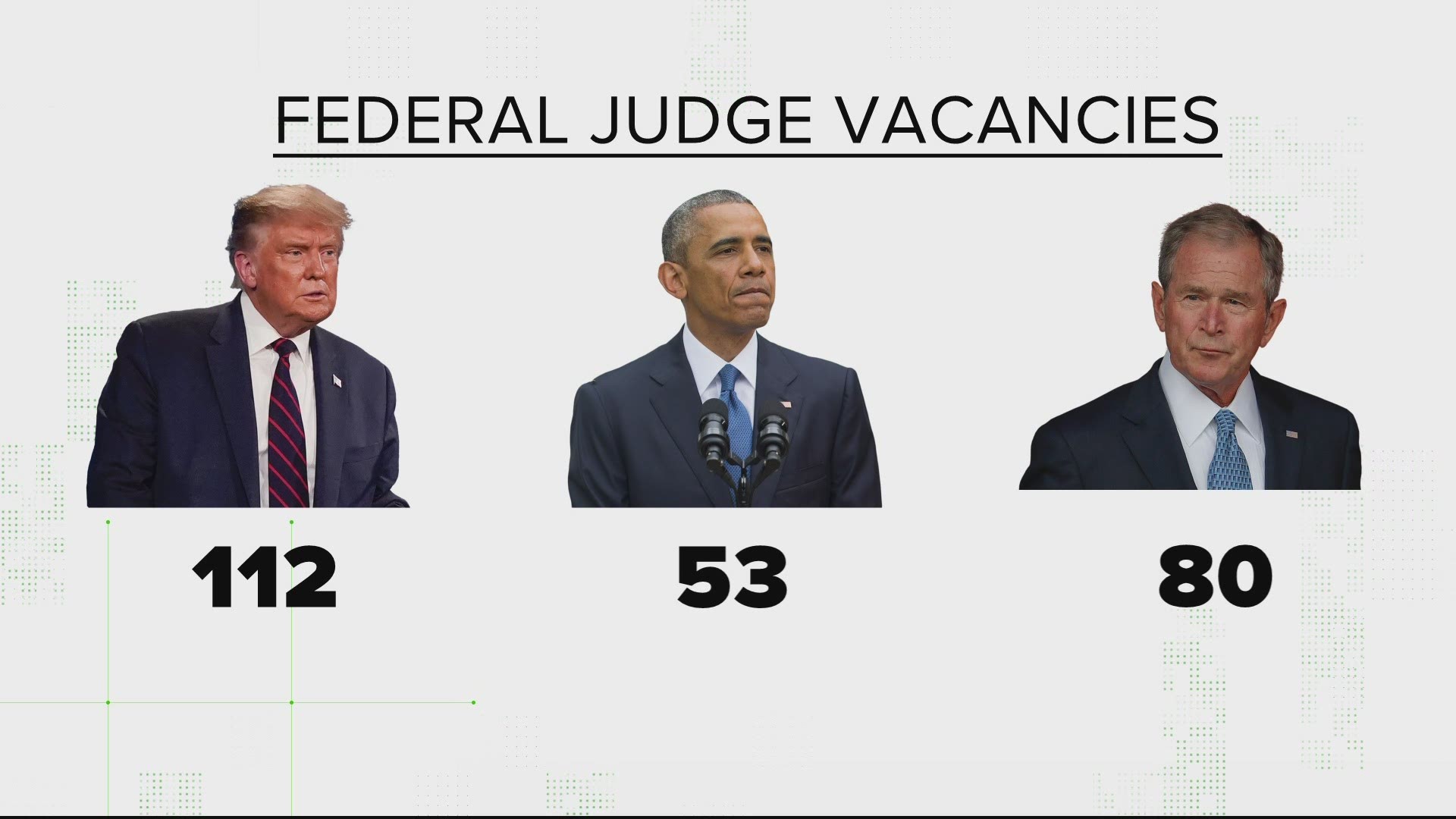 WASHINGTON — This week all eyes were on the Senate Judiciary Committee as Republicans try to send Judge Amy Coney Barrett to the Supreme Court.

But what has gotten very little attention is the record pace the Trump Administration has filled the lower federal court vacancies.

We had a viewer email us and ask us about a claim the president made during the last Presidential Debate on September 29. During the debate the president claimed that President Barack Obama left him 128 federal judge vacancies to fill.

“People tend to focus on the big nine, but the big nine only decide 60 or 70 cases,” Dr. Graber explained.

To get into it, Graber said you have to understand there are hundreds of federal judges.

If you go to U.S. Courts website, it lists how many vacancies are on the federal benches.

In 2017, after Donald Trump’s inauguration, the record says there were 112 vacancies

President Trump got the number wrong claiming 128 federal judge spots were left unfilled when he took office. The actual number is 112, which is significantly higher than the previous two administrations.

President Trump claims Barack Obama left him 128 Federal Judge vacancies to fill. It was not 128. But it was still a high number. #GetupDC @wusa9 #Courts pic.twitter.com/CjwZDTGPA4

RELATED: VERIFY: Your absentee ballot won't be automatically rejected if you tape it shut instead of licking it