A declaration within the lawsuit referenced Edison County, Michigan. But Michigan doesn't have an Edison County, nor does it have any town or city named Edison. 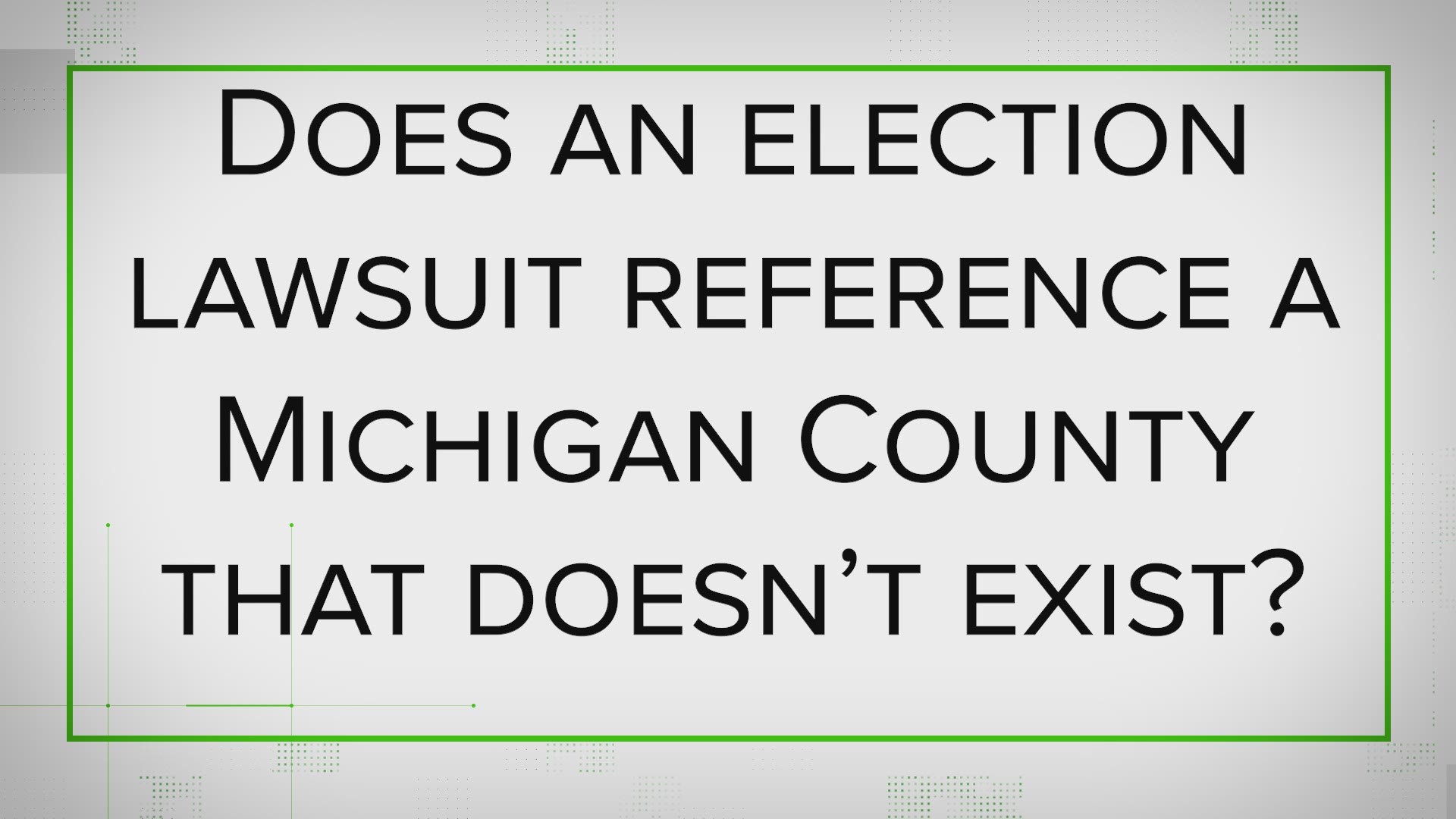 This weekend, some news outlets and social media users alike pointed out that a document included in a lawsuit filed by Sidney Powell to challenge the election results referenced a county that doesn’t exist.

The highlighted county was Edison County, Michigan. On top of claims that the county doesn’t exist, some people said it wasn’t similar in name to any county in Michigan and others claimed that there isn’t an Edison County anywhere in the United States.

Did one of the lawsuits challenging election results reference irregularities in a county that doesn’t exist?

Yes. And it’s true there’s no Edison County anywhere in the United States.

The document Edison County was mentioned in was the declaration of Dr. Navid Keshavarz-Nia in one of Sidney Powell’s lawsuits. She previously worked with the Trump campaign on election lawsuits but has since been released by their campaign and has continued challenging the election results independently.

The 2011 Census confirms there are no counties anywhere in the United States named Edison. There are about 10 counties nationwide that begin with the letter E.

Michigan also has no villages, townships or cities named Edison. Michigan’s government maintains a full list of every such municipality in the state.

So it’s true that an election lawsuit references a county that doesn’t exist. And it’s not obvious what real county or place, if there even was one, the declaration was supposed to reference.

RELATED: VERIFY: Claims about Scytl and election servers in Germany are false