Two people with the organization 22 Jumps BASE jumped from the mountain 22 times each. 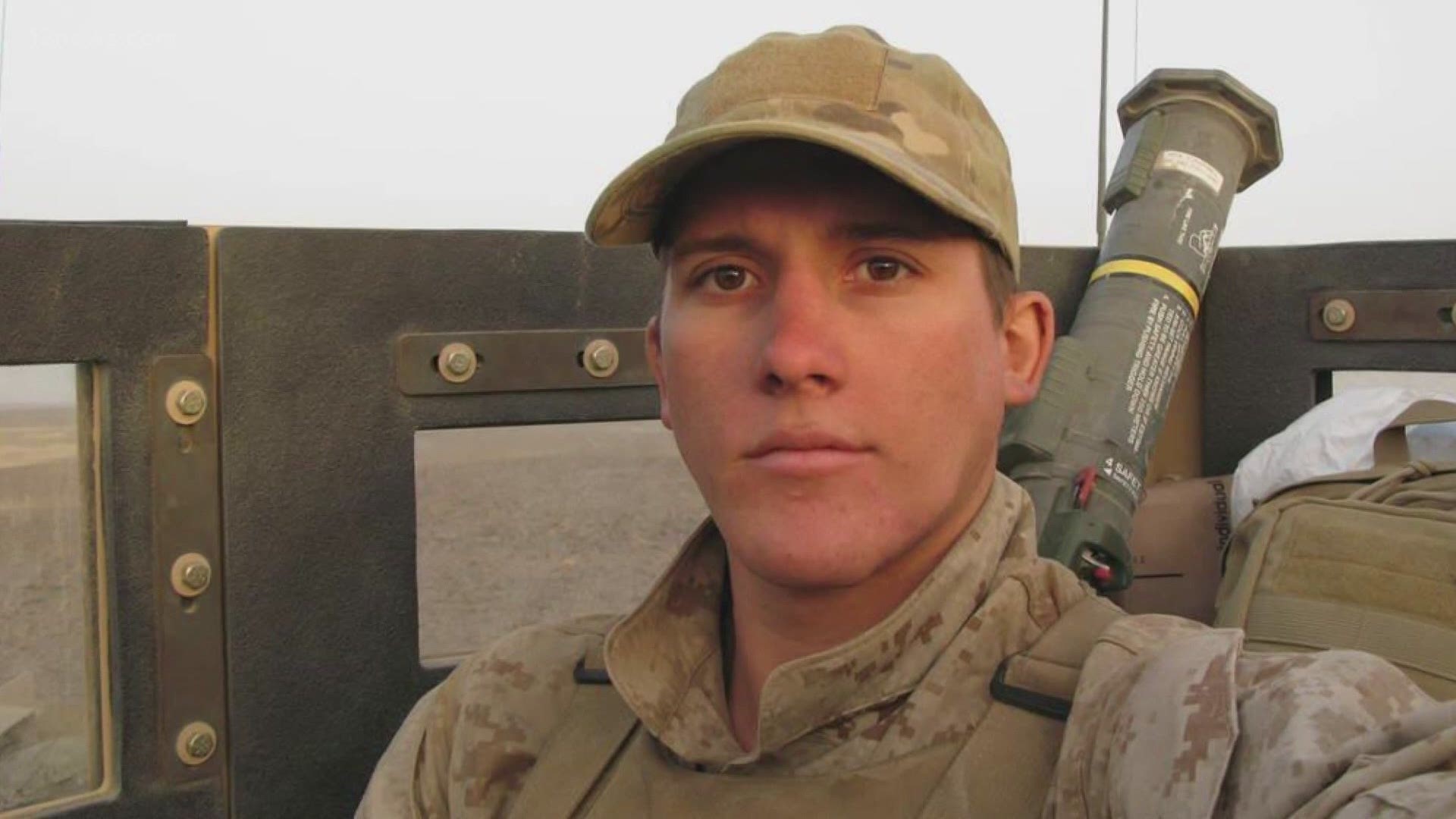 PHOENIX — If you were around Camelback Mountain on Saturday morning, you may have heard or even noticed parachutes exploding open.

Two people with the organization 22 Jumps BASE jumped from the mountain 22 times each.

The organization got the number 22 from a 2012 Department of Veterans Affairs report, which found that an estimated 22 veterans die by suicide each day.

The event was held Saturday to raise money for traumatic brain research and raise awareness for the number of veterans who commit suicide each day.

“My brother was one of them. He took his own life in 2015,” said Tristan Wimmer, who was a Marine.

Wimmer's brother, who was also a Marine, suffered a traumatic brain injury in Iraq back in 2006.

Wimmer said his brother was never the same. So Wimmer wanted to find a way use his brother’s suicide to support all veterans battling an invisible injury.

Parachuting with a purpose was a natural fit. That's where BASE jumping comes in. BASE is an acronym for building, antenna, span (such as a bridge) and earth (such as a cliff).

“I got into climbing when I got out of the Marines,” Wimmer said. “He got into parachute sports. One day, I watched him BASE jump and it looked like the most fun thing in the world. So he kind of pulled me into the sport.”

Fast forward to Saturday, when the organization 22 Jumps came to Camelback Mountain for its second-annual event.

“It’s a way for me to stay connected to him,” Wimmer explained.

The connectivity is quick but impactful. Jumpers are under the canopy for about 30 seconds.

But in those moments, Wimmer said jumpers feel like they are “king of the city.”

“Especially…when the sun is coming up and all the lights are still on,” Wimmer said.

The hike back up the mountain takes between seven to 20 minutes, depending which number BASE jump they are on.

But there is good news: A crew awaits atop the mountain with fresh shoots.