According to the Office of the Texas Governor, two family members will be allowed to enter residents room. 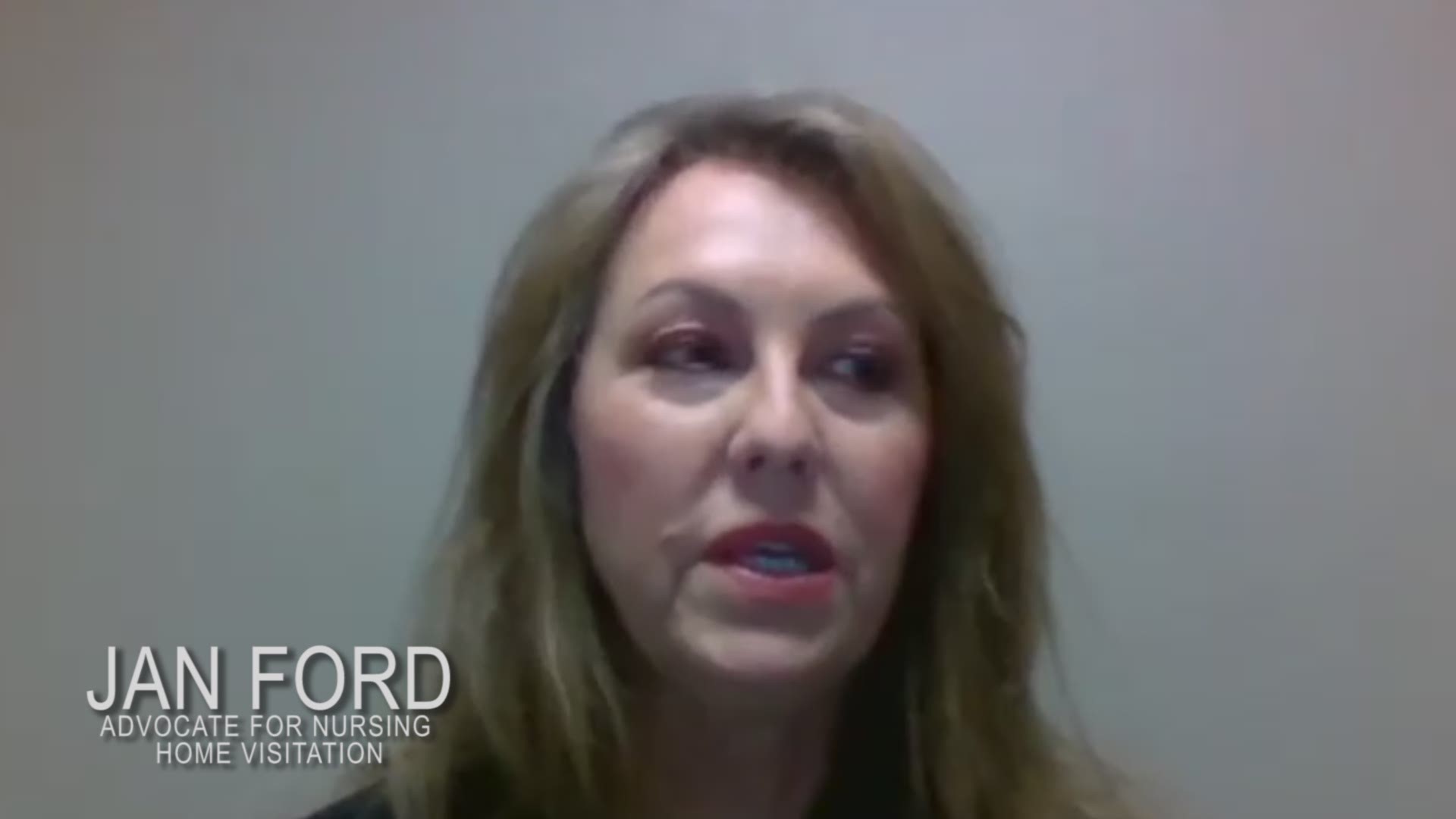 ABILENE, Texas — During Governor Abbott's latest announcement he stated nursing homes and senior living facilities could allow for visitation as early as Thursday September 24th, under certain guidelines, an opportunity loved ones have been desperately pleading for.

"It should have happened sooner, there is so many that have passed away, my dad being one of them. we lost him in July. I think the isolation accelerated his Dementia and made it happen sooner. I know there is so many who lost loved ones during this time." said Jan Ford.

Ford is the daughter of two parents who were living in a senior living facility at the time the shutdown took place. Ford's father was showing signs of declining health, and despite her urging for visitation, her pleas were not heard in time.

According to Jan, she lost the last four months of her fathers life by not being able to visit him in person. Ford has since moved her mother out of the facility, and says she is able to visit her without limits anymore.

Ford, says she is thankful to hear that other families will now be allowed visitation.

According to the Office of the Texas Governor:

"Under the new rules, residents will be allowed to designate up to two essential family caregivers who will be provided necessary training to allow them to safely go inside a facility for a scheduled visit, including in the resident's room, to help ensure their loved one's physical, social and emotional needs are met."

"Just hang in there, and be the first in the door tomorrow or the next day. so your loved ones can start thriving again." said Ford.