Killed in the Vietnam War, Lamar Williams is currently buried in a cemetery where the weeds are knee-high. His family has worked to bury him in a more fitting place. 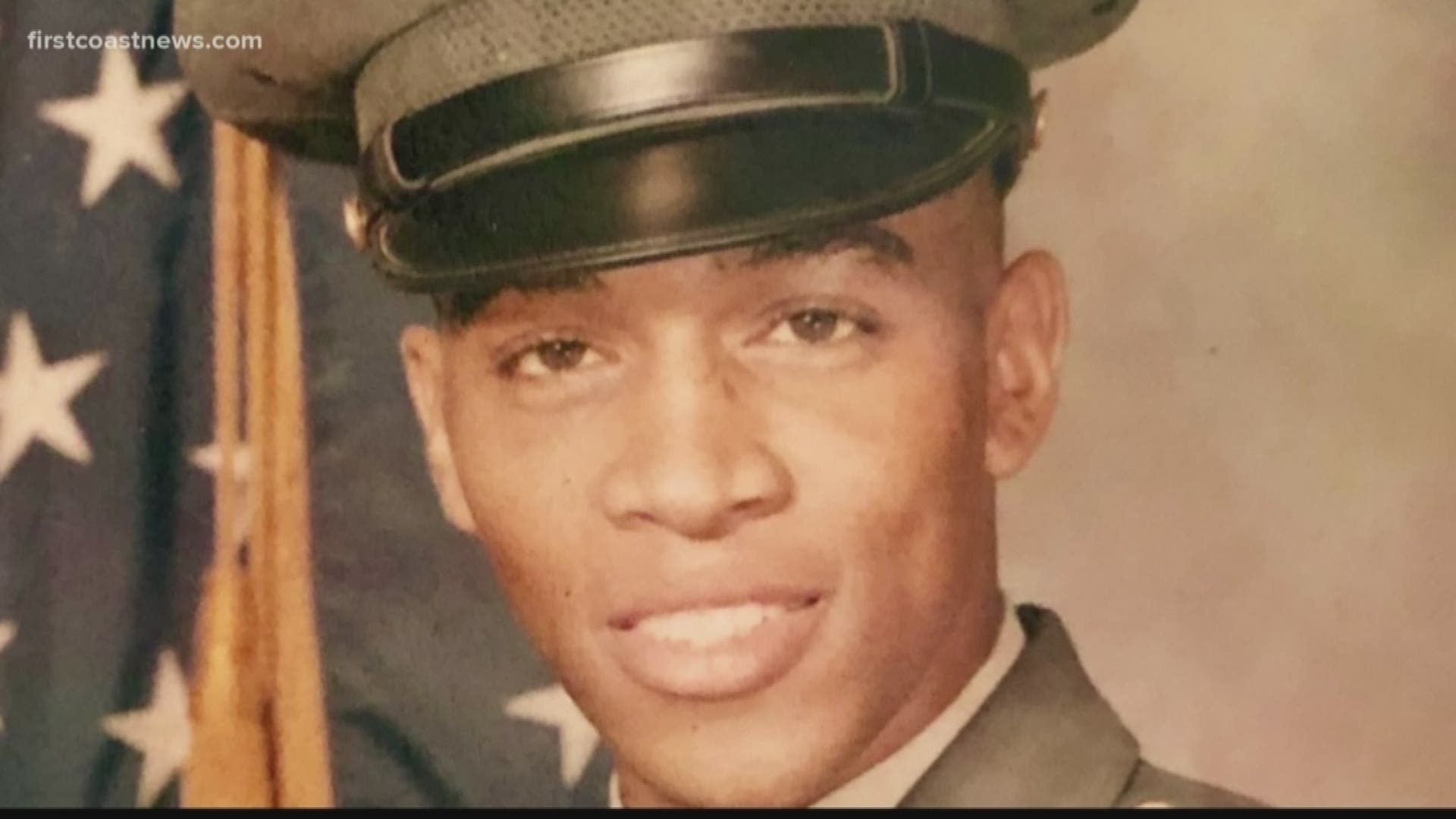 That's how Woodlawn Cemetery in St. Augustine has been described.

Lamonda Williams visited her father's gravesite there Monday. She had to wear snow boots to get through the knee-high weeds.

"I wear these boots so I don't get bitten by a snake," she said. "This is unacceptable."

It's unacceptable for anyone, she said, let alone a veteran like her father.

Lamonda Williams' father was Lamar Williams. He grew up in St. Augustine.

Childhood friends say he was "a good guy," "good dresser" and "down to earth."

He married his high school sweetheart, Carolyn. They had a baby, Lamonda Williams. When she was 11 months old, he died while fighting in Vietnam in 1971.

Monday, Lamonda Williams spoke while kneeling in the weeds at her father's grave, "We're getting you out of here."

Indeed, he will be leaving.

Tuesday, Mr. Williams' body was exhumed from Woodlawn Cemetery. Family and friends were there to see the process.

When Lamar Williams died in 1971, his family tried to get him into a local military cemetery.

"But that cemetery was full," Lamonda Williams said, putting air-quotes around the word "full."

So he was buried in Woodlawn Cemetery.

Over the years, it has fallen into serious disrepair, even though some groups have volunteered to periodically clean it.

There are other military members buried at Woodlawn. Tombstones show men who served in World War I and World War II.

"This is deplorable, just deplorable," Bernice Harper said. She knew Lamar Williams when he was a teenager. She was at Woodlawn to support the family as his body was exhumed.

"My father was killed in action -- or KIA," Lamonda Williams said. "There is no letter of good standing or discharge papers so to speak."

She says her father also received a Purple Heart, posthumously.

So Lamonda Williams appealed the decision.  A year an a half later, Arlington National Cemetery agreed to take her father in.

"He will be buried at Arlington National Cemetery with full honors," she beamed.

Tuesday, Lamar Williams' vault and casket were carefully pulled from the earth. His widow, Carolyn, wiped away tears.

"For my mom, it has to be her living 1971 all over again," Lamonda Williams said.

At the sight of the casket, Lamonda Williams burst into tears of joy.

She said, "Hallelujah. I'm emotional, but I'm so happy. I am so elated right now. My dad is going to Arlington and this is the first major step. Good-bye Woodlawn!"

Lamar Williams will be buried at Arlington National Cemetery Aug. 7.