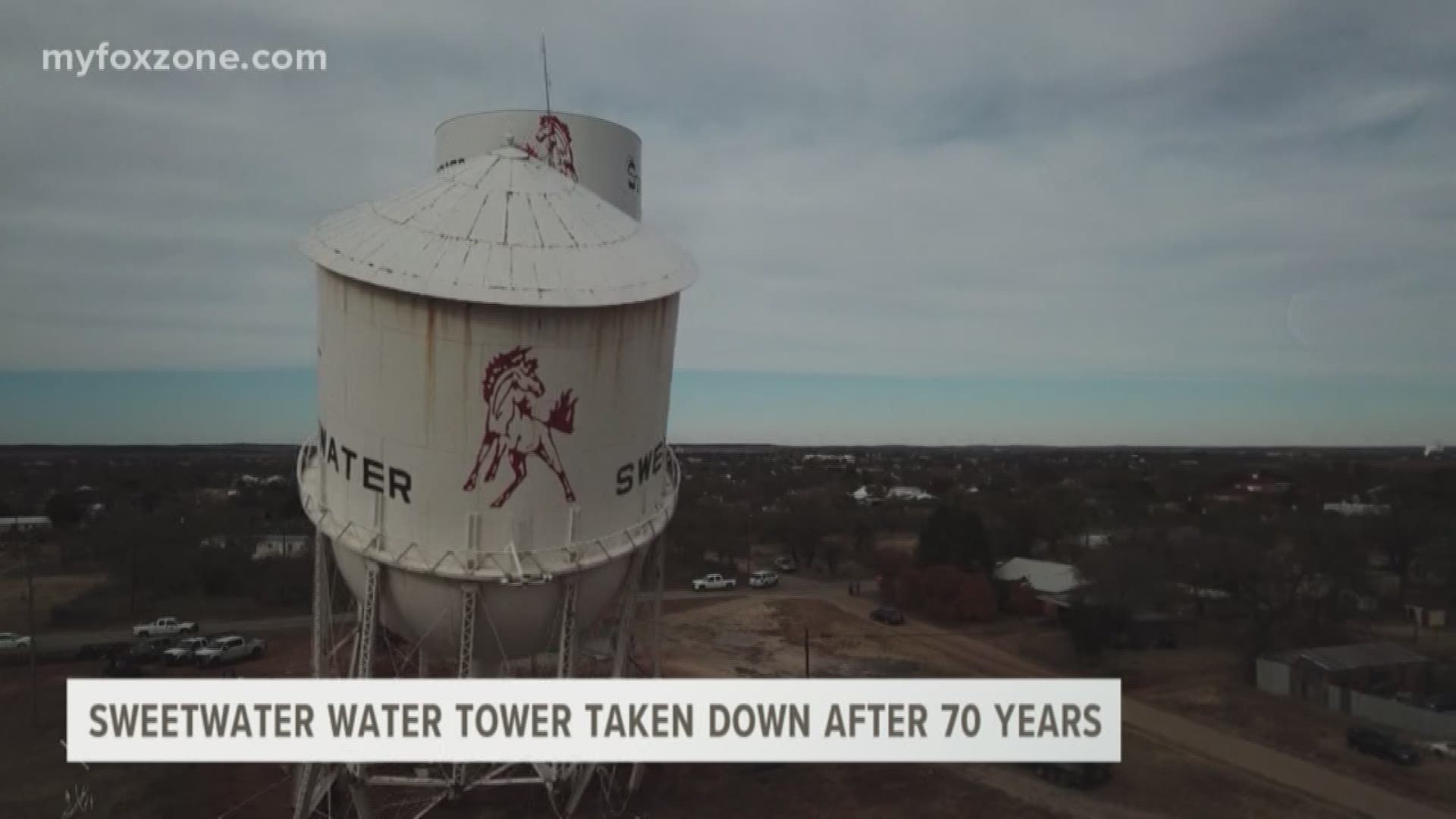 ABILENE, Texas — If you have ever driven through Sweetwater, chances are you have seen two mustangs displayed proudly on an old water tower for all to see. That sight is now a thing of the past.

According to Sweetwater Fire Department Chief Grant Madden, the water tower has been standing tall in the Big Country since the 1930s and well exceeded its usable life.

"It was just city business, they weren’t out to destroy history, or anything like that it just had to come down to the age and structural integrity." said Madden.

The metal is to be hauled off by a salvage company, and the city's water is not affected in any way thanks to its replacement tower.

The city plans on adding lights to the new tower to shine brightly as a new beacon for the City of Sweetwater.