The connection between MLB stars and five-day-old turkeys? It isn't as distant as you might think

Louisville Slugger only uses about one-third of a block of wood to make bats for professional baseball players. The other two-thirds head to a farm in Indiana. 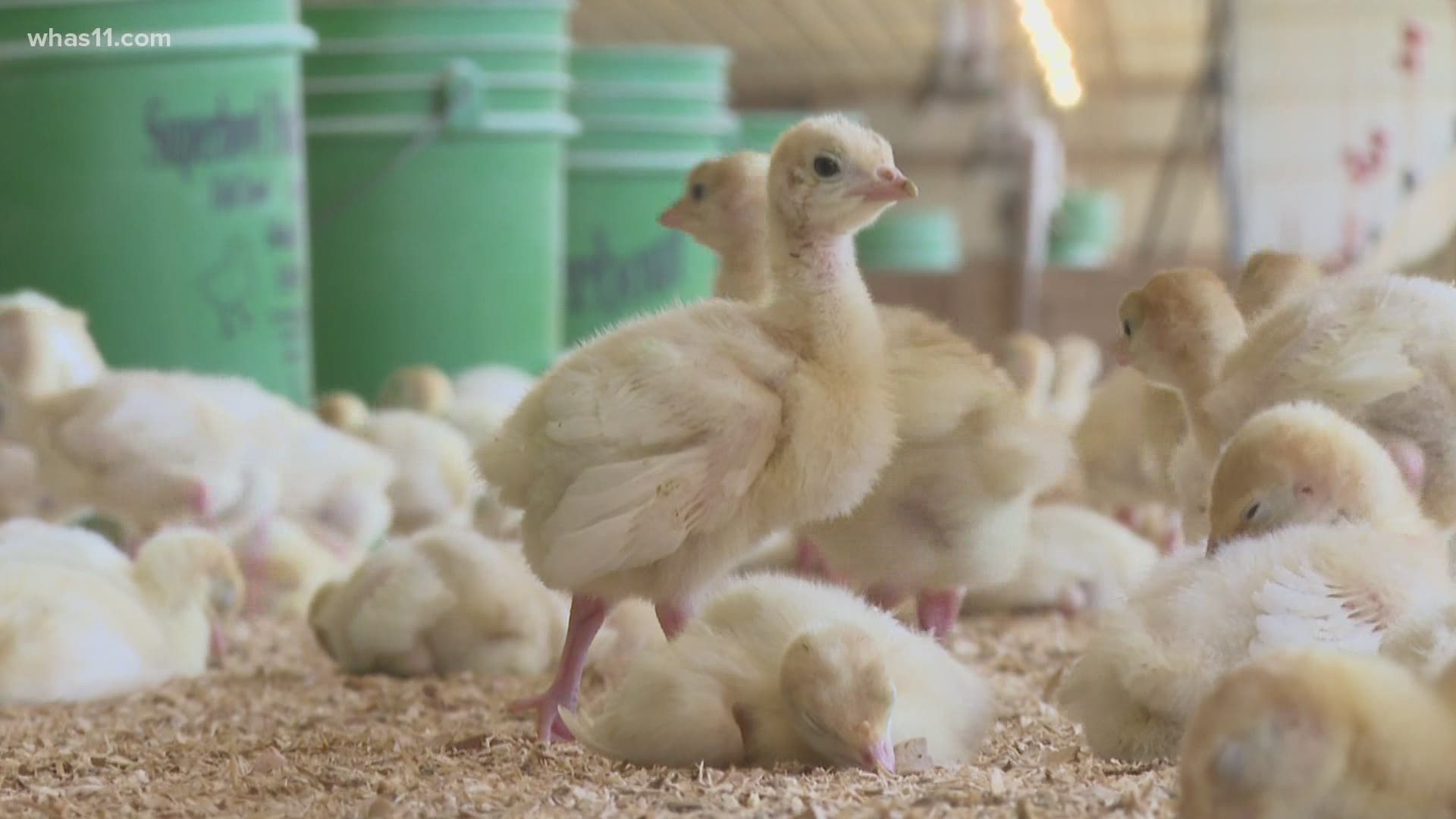 LOUISVILLE, Ky. — April 1 marks Opening Day for the MLB – the first of 162 games each team will play this year. It’s a big day for Louisville Slugger when big league stars will walk up to the plate carrying bats made right here in the Derby City.

Manufacturing all those bats produces a lot of sawdust and woodchips – about 50,000 pounds worth a week. Only about one-third of a wooden block turns into a bat. The other two-thirds is sucked up and transported to a trailer.

Typically, once a week, Dean Wagler will come to collect the full trailer and brings it to his turkey farm in Montgomery, Indiana.

The remnants of the bats of some of the sport’s biggest superstars are helping out some of the smallest creatures.

“It's really small and soft, and we make it about two inches deep,” Wagler said. “It's not very dusty, and so it really works great for little baby turkeys.”

The shavings are used as bedding for turkeys that are just days old.

It’s a premier product that Wagler can’t find anywhere else – the baseball connection is just a bonus.

“Some of the sawdust that we're using comes off of a bat that just hit a homerun,” Wagler said. “So it's a great thing.”