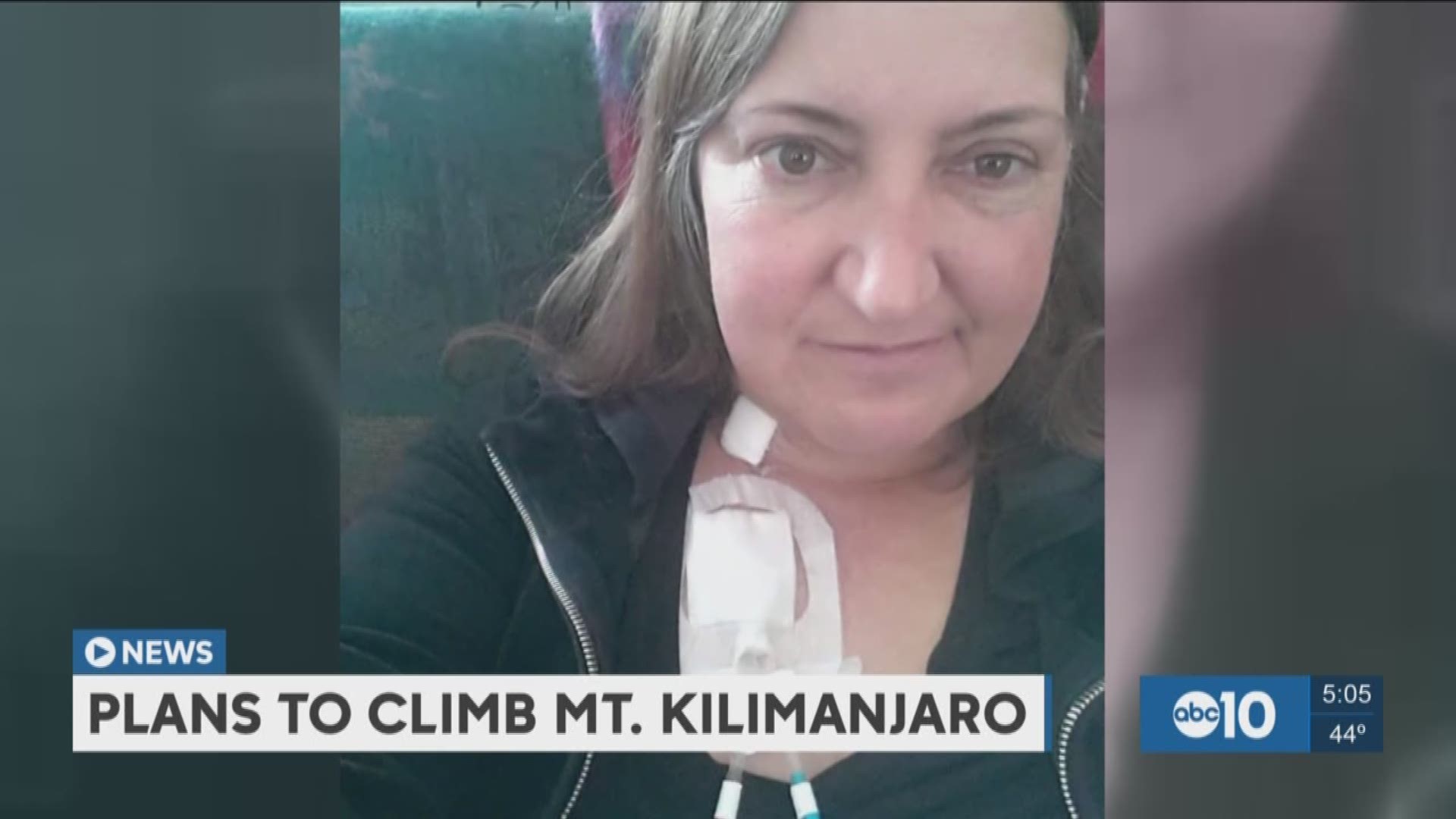 But their owner, Nancy Dziedzic, is an unlikely mountain climber herself.

“Basically that gave me something at the end of the tunnel, going through cancer treatment,” Dziedzic said, as she hiked with her dogs around Folsom’s Lake Natoma.

At the age of 48, Dziedzic was diagnosed with multiple myeloma, a type of cancer with no cure.

“They found that I had multiple fractures in my ribs and there were lesions in my ribs. Basically, that was the multiple myeloma – it was eating away at my bones and making them brittle,” Dziedzic said.

But after chemotherapy and a stem cell transplant, Dziedzic is ready to follow her lifelong dream: a trip to Africa.

Next month, Dziedzic will climb Mt. Kilimanjaro, before going on a safari. For the climb, she’ll be joined by a team of other patients and doctors – all touched by the disease – who are raising thousands of dollars for the Multiple Myeloma Research Foundation, or MMRF.

Dziedzic says the foundation’s research helped lead to her own treatment; now, she is in as close to remission as is possible with this type of cancer.

When she was going through treatment, Dziedzic said she would “never, in a million years” have thought she would one day be able to climb the tallest peak in Africa.

“You’re so scared, you don’t know what your future’s going to look like,” Dziedzic said.

For Dziedzic, the future will include a continued fight against cancer, and in one month, a climb up Mt. Kilimanjaro.