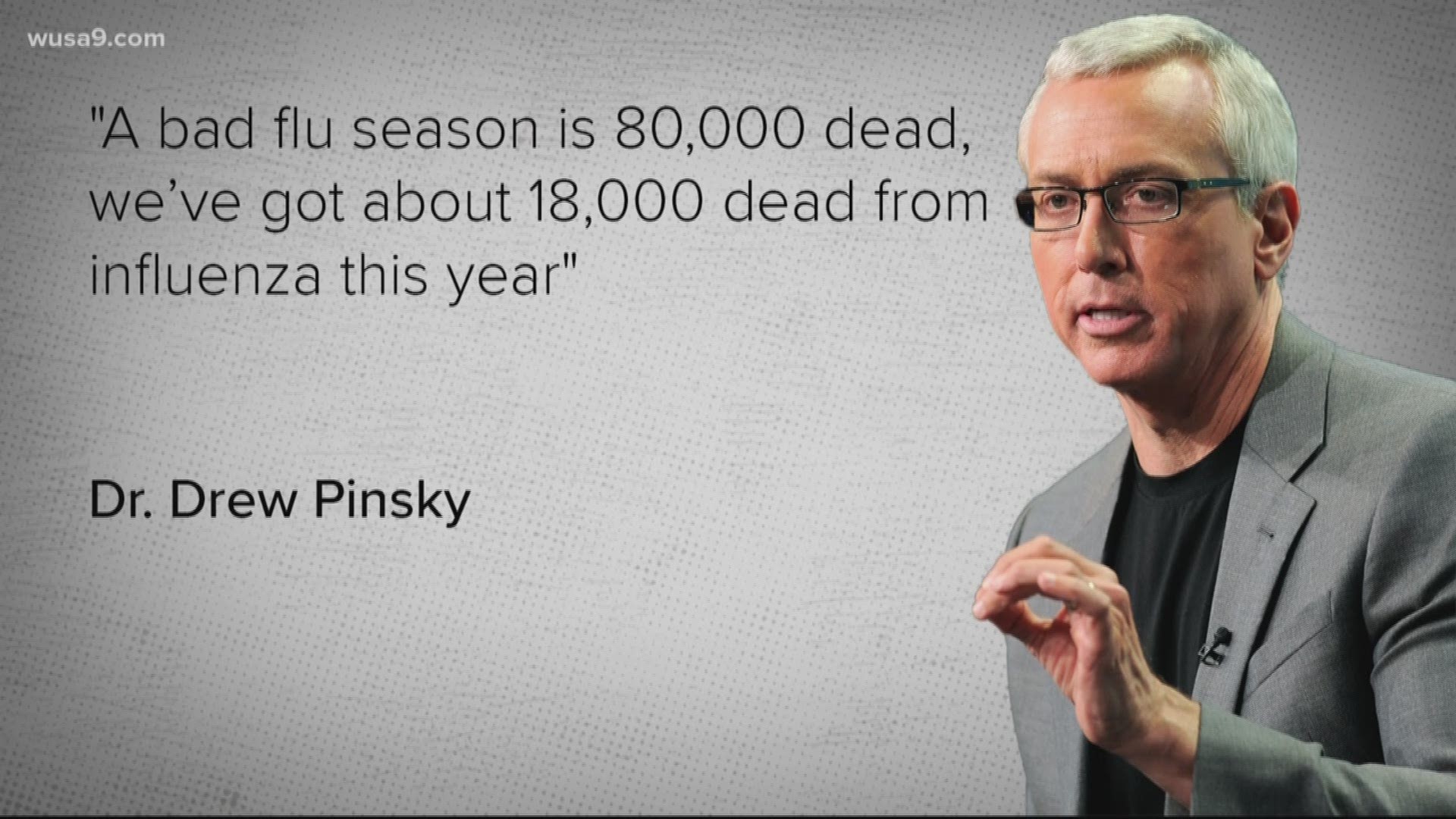 WASHINGTON — Within the last few days you might have seen or heard celebrity physician and reality star Dr. Drew Pinsky slamming the media for the way we have been treating the spread of the coronavirus.

In one interview, he said that we need to be held accountable for the hurt we have caused, destroying businesses and turning people's lives inside out by spreading panic.

He compared it to the flu, noting that while it has caused about 18,000 deaths this season, and in a bad season can cause upwards of 80,000, the current number of reported cases and deaths from the virus are far, far lower.

He also said that preventive measures and behaviors that are being highlighted, wiping down surfaces and hand washing, are all good things.

He is of course right in the sense that a spread of panic right now would make dealing with this far worse than it presently is, which is why we have been saying, the same thing.

Attempting to take the situation in hand, California, Oregon, Washington and New York have each declared a state of emergency. This didn't happen due to reporting. It happened because leaders in those states realize that it's better that it be done now, than waiting for a situation like the one Italy is dealing with.

Rather than addressing the media, I would suggest addressing elected officials, like Florida Rep. Matt Gaetz, who thought It would be cute to wear a gas mask on the floor of Congress during a vote on an emergency funding package for the coronavirus response.

It's actions like his that have folks walking around calling reporting fake news. And it was probably real funny to him, until one of his constituents passed away due to the virus, and he is now is sitting at home in self quarantine after meeting a person, who tested positive at the recent CPAC conference in D.C. And he's not the only one.

I'm not here this morning to defend the media, and I can't speak to others in it, but I can say with confidence that we here at this show have been attempting to keep you as up to date as we can on the virus, so that you can work from a place of facts, not fear.

And while I try to get in as many laughs as I can while doing my job, some things, like our health and well-being, need to be taken seriously. Attempted trolling has no place in this discourse. Now, go wash your hands again.

RELATED: Dr. Drew Sings 'National Anthem' at L.A. Kings Game, Tom Hanks Gets Hit in the Head With a Hockey