Dale Hansen Unplugged: No place for ignorance and hatred in sports, or in America

Cincinnati Reds broadcaster Thom Brennaman was suspended for using a homophobic slur and a North Carolina broadcaster for posting a tweet with a racial slur. 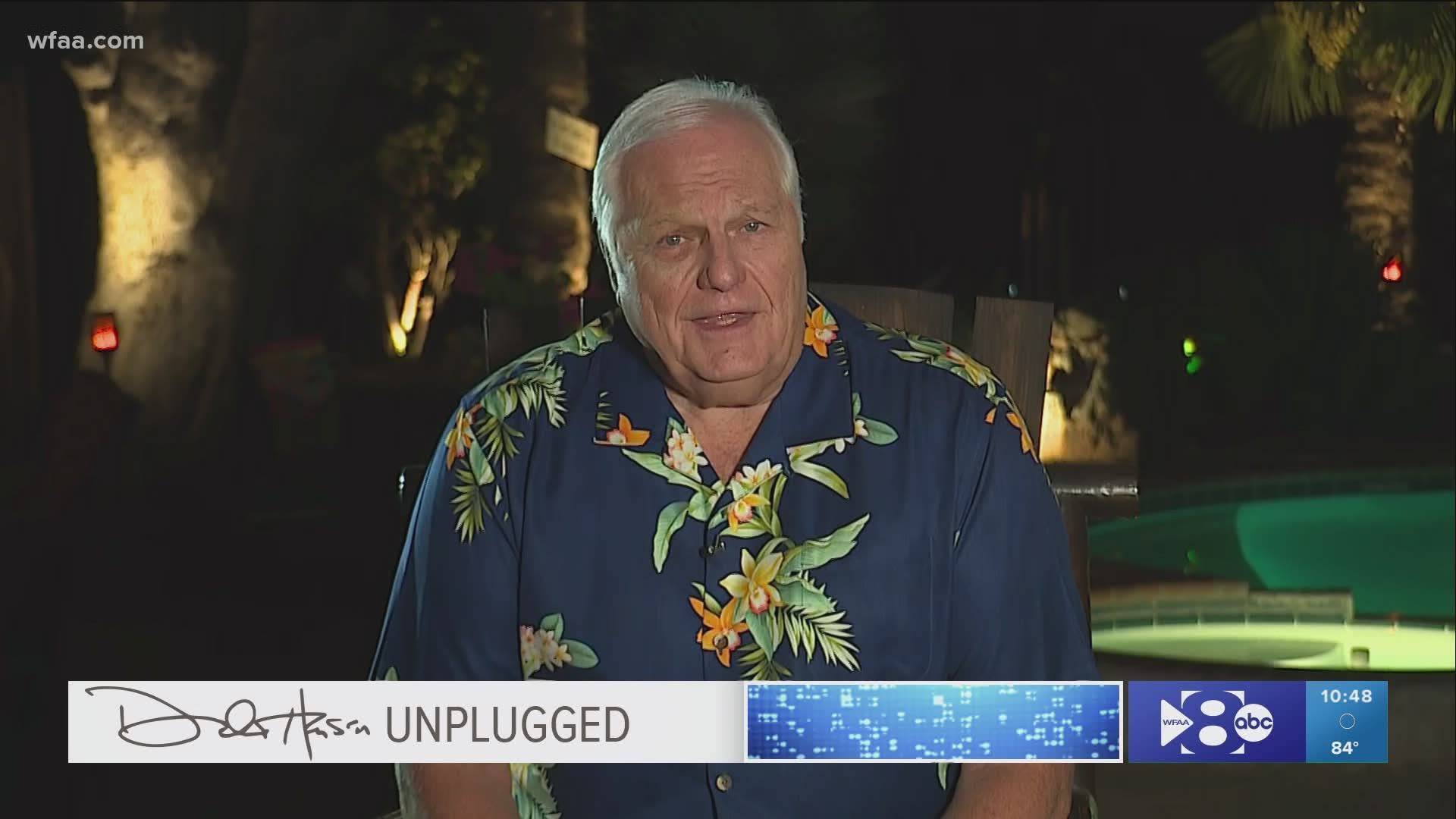 This has not been a good week for sportscasters in America. At least, if you talk like a racist and a bigot, it's not.

The guy in Charlotte sent out a tweet about the Denver Nuggets, but instead of Nuggets, he used the N-word.

He said he didn't possibly know how he could have mistyped that. Maybe it was autocorrect and don't you just hate it when that happens.

The autocorrect on my phone drives me nuts, but I typed "Denver Nuggets" into it 17 times, and all 17 times it came up as "Nuggets."

But Brennaman's suspension is for using a homophobic slur when he thought he was in a commercial break.

He apologized and only made it worse. Brennaman said that's not who he is, but apologies are hard because no one ever believes the apology either.

But Brennaman said he's a man of faith. And I'm thinking, Jesus when he heard that had, to be saying, "Why are you dragging me into this?"

Although people of faith -- a lot of them -- have a real problem with homosexuals.

Brennaman said he is sorry if he offended anyone.

I think we can safely assume he did.

But I heard a clip of a radio show and one man said you have to be careful what you say around a microphone because you never know when it's on.

No you don't. You really don't.

But I'm never as careful as I should be because I never use the words that still infect our society on a daily basis.

Now I'm told my commentaries have offended a lot of people -- maybe this one.

I like to think I'm an equal opportunity offender. And I have apologized for an incredibly insensitive joke years ago, because I still have the ability to laugh at almost anything.

And people who make me laugh for a living don't have to apologize, at least not to me.

But there's no place in sports for those who bring their ignorance and hatred to the broadcast, because we just want to watch the games.

But there's no place in America for those who bring their ignorance and hatred with them, either. Maybe someday -- not yet -- but maybe someday, we will at least be able to cure that disease.