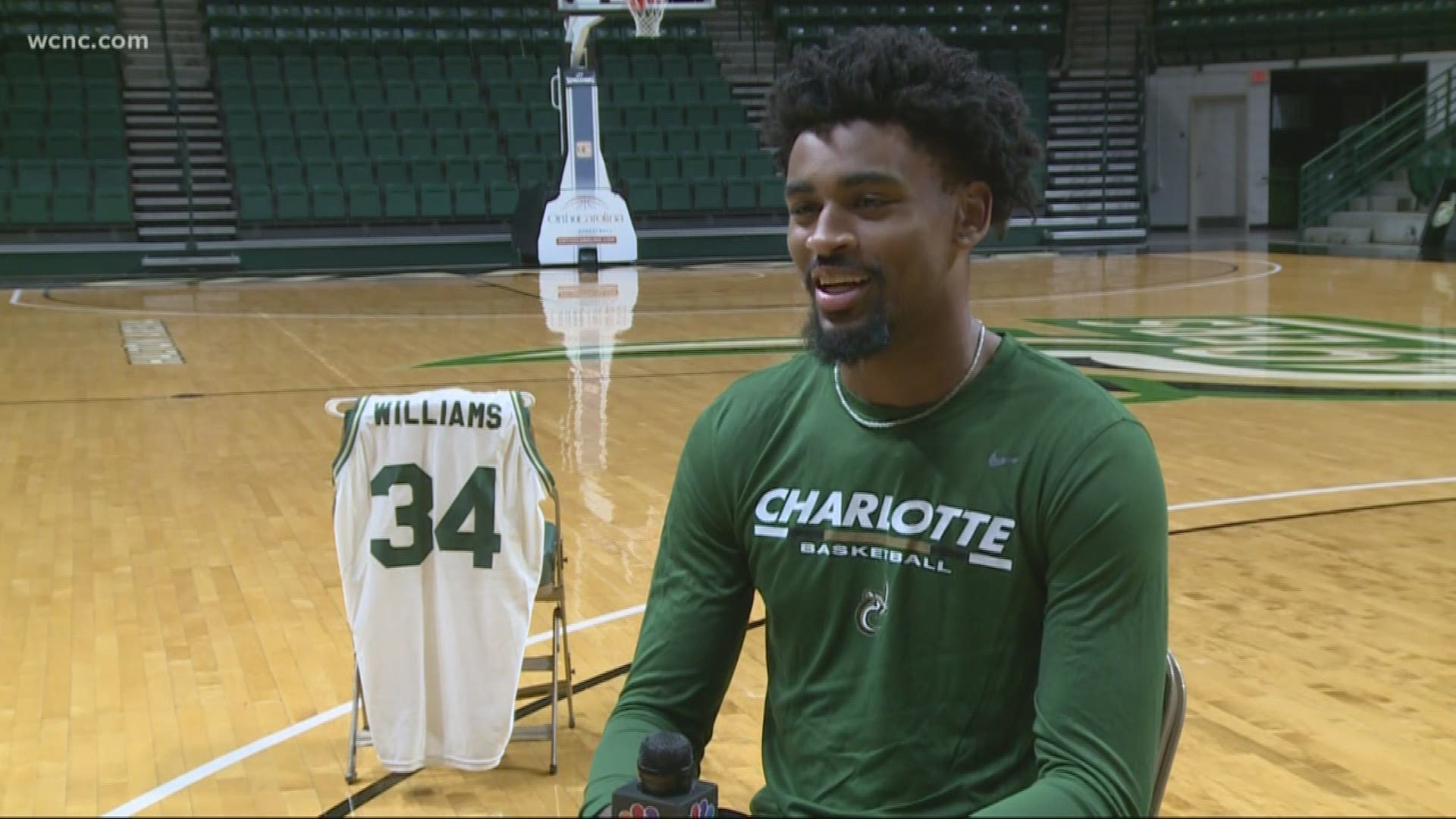 CHARLOTTE, N.C. — Every weekend, Pastor Henry Williams' words rang through the sanctuary at New Zion Missionary Baptist church. To this day, his words still ring true with his three children, including his son, Brice.

“He would say things you never thought about," said Brice, a freshman basketball player at UNCC. "He would spark your interest in certain things.”

On March 10, 2018, Henry Williams delivered what would be his final sermon.

"That day," Brice recalled, "everybody was in tune."

And in his children's eyes, Henry was making sure they were ready for what was next, guiding parishioners through the mantra: "I can stand the test of time."

"It was a crazy feeling to look back," said Lauren Williams, Brice's sister. "It’s like he prepared us for that moment.”

Henry Williams' life was full of his passions -- faith, family and basketball.

He came to the University of North Carolina at Charlotte in 1988 and left in 1992 as the school's all-time leading scorer with 2,383 career points. It's a record that still stands the test of time.

"Henry was so confident," college teammate Byron Dinkins said. "He just had the mentality that he belonged."

With some swag and a tongue wag, some called Henry the "left-handed Michael Jordan."

He was drafted in the second round of the 1992 NBA Draft by the Spurs and spent a long, and prolific career in Europe -- mostly in Italy.

When he returned to Charlotte, he and wife Katrina raised three children: Kristen, Lauren and Brice.

“I never thought of my dad of anything related to basketball or sports," Brice said. "More motivation, his life. My dad is like my hero.”

“Sixteen years, that was my backbone," Brice said. "When things get hard it makes me think about him, and get over it and get through it. You can’t let it hold you down."

Sixteen years was plenty of time for Henry to pass his basketball prowess to Brice.

"He just looks a lot like my dad," Lauren said.

Kristen thinks so too.

On the basketball floor, Brice can sometimes mirror Henry. So one day driving down I-77, Brice asked his dad, 'could I make the NBA? could I do it from UNC Charlotte?'

"He was like, yeah, I think you can," said Brice. "You can make it from anywhere.”

It wasn't until after Henry passed that Brice made his commitment. Like his father, Brice Williams would wear the Green and Gold.

"It's surreal," Kristen said. "I can’t wait to watch him develop. My Dad would always say he’s so much better than me, he’s so good!”

For now, Brice, a 6-7 guard, is just focused on being himself on the floor and not Henry. That said, he's not shying away from his father's legacy, or the No. 34 banner that hangs from the rafters at Halton Arena.

"Honestly every time we practice in the main gym I walk in and look at it," Brice said. "And I try to look at it really slow. Every time I come in here and I look at it, and I'm like that's my Dad."

All the Williams kids talk of Henry like he's still here. In a way, he is, with the words from his final sermon -- "I can stand the test of time" -- ringing true.

“I feel like for us it was the test of time," Lauren said.

"And it still is," Kristen said. "We’ve never gone through anything that challenging.”

Brice said his father still makes an impact on him even though he's physically gone.

"Just every time I think about him it’s like why would I not be able to do this? It’s not that hard," Brice said. "If he could do what he did, I could do what I can do.”