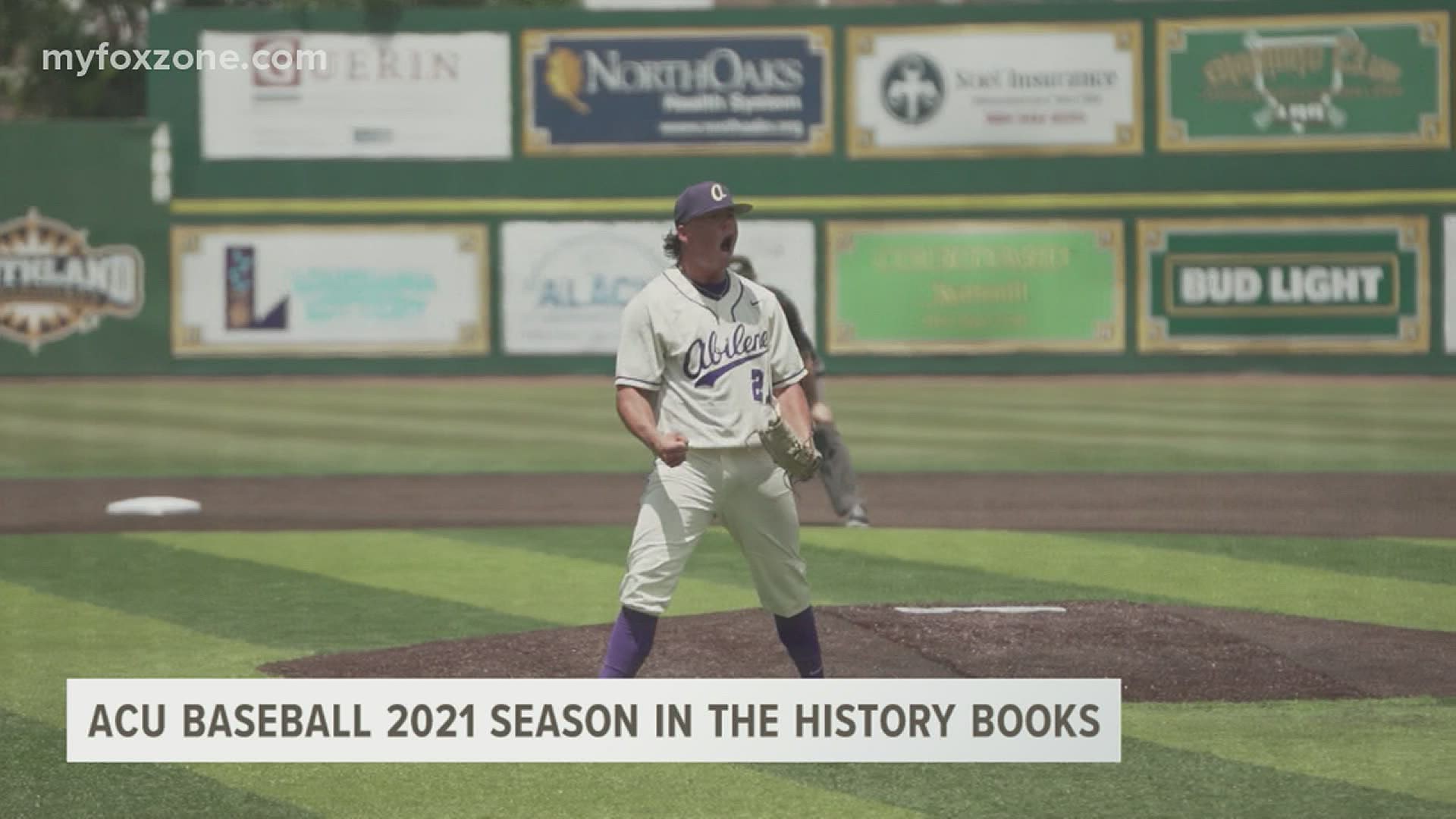 ABILENE, Texas — The Abilene Christian University baseball team added the 2021 season to its history books. By history, we're talking about a broken record.

"Back in August we set some standards and expectations down and those guys really met the majority of them," ACU head baseball coach Rick McCarty said. "We haven't had a ton of time to reflect since we just finished up on Saturday, but there's going to be a lot of positive memories with this group. Hopefully that's one thing they can hang on to as we go into 2022, 2023 and 2024."

During the offseason, McCarty said they'll challenge each player to be a better person, player and a student. Academically the team averaged a 3.36 GPA. The majority of the Wildcats are returning next season, which sparks a new era as they're joining the Western Athletic Conference (WAC).

"It'll be a little bit different, but with that being said, there's a lot of similar schools that will be going with us to the WAC that we'll be playing," McCarty said. "There's a whole lot to pull from 2021, but I feel like we'll help push the bar a little bit higher in 2022."

The final year in the Southland will be a memorable one. McCarty said he's setting the bar high for the coming seasons.

"It's such a family atmosphere," McCarty said. "There's a positive expectation here within our department now. We have Dr. Stewart leading the way, Allen Ward our athletic director and really everyone in between. We've got a rock star team."