ACU Football gearing up for competitive fall season schedule, will not play in spring

The Wildcats will face Virginia, Army, Mercer and more this fall. ACU is still looking to add one or two more games to the schedule 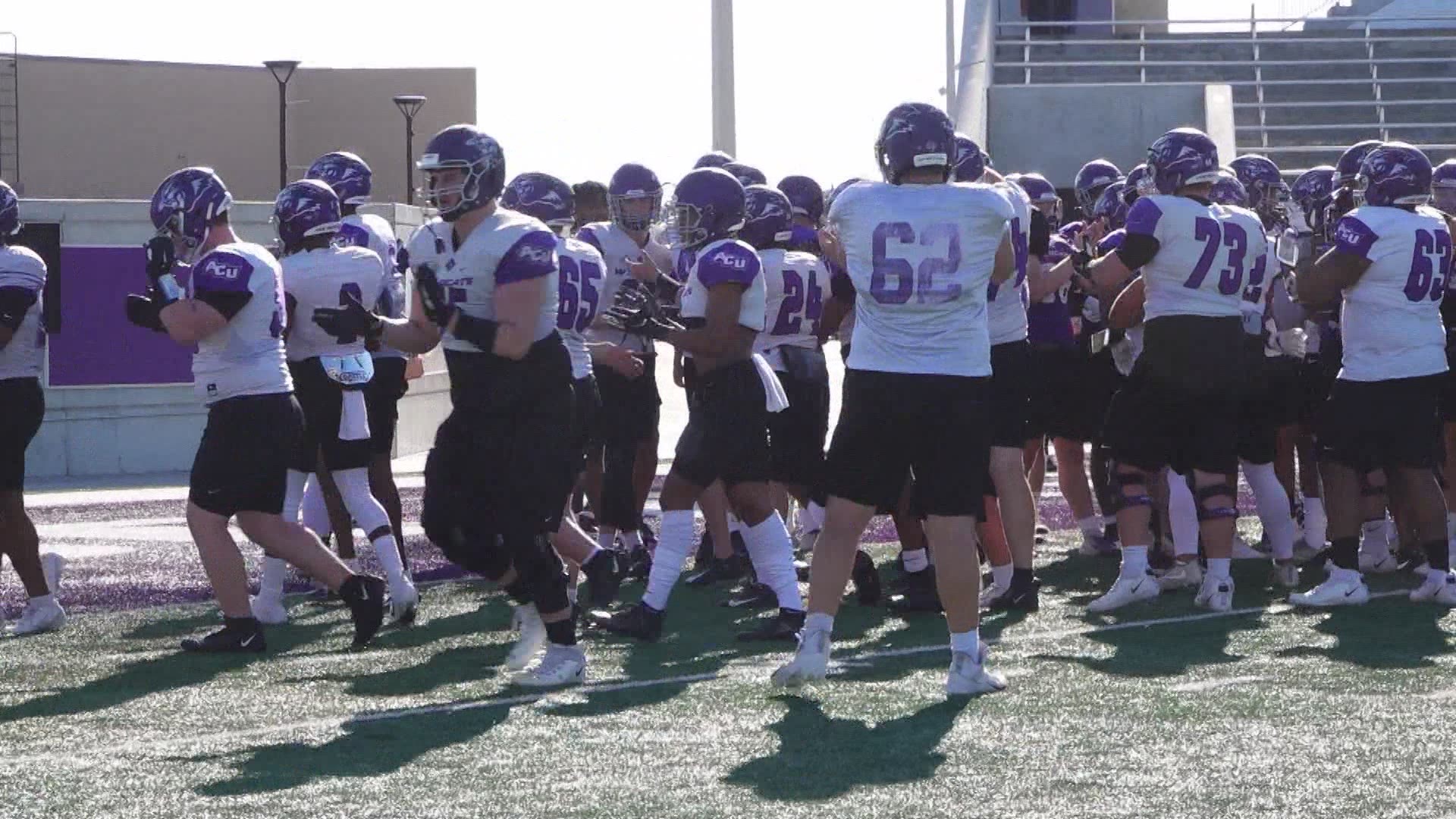 Head coach Adam Dorrel says the team decided to play this season because it was in the best interest of their student-athletes.

Coach says the decision to not play in the spring was because there is still a lot of uncertainty with the spring season. Not only that, to play both the fall and spring would be hard physically on his team. The Wildcats are happy with the decision to play this fall and to finally get back on the field to play.

"I think it's a really good schedule. I'm hoping for one or two more games on there... Our guys are just excited to play," Dorrel added.

Although the season looks a little different this year, ACU has filled the schedule well with great talent: one conference rival, a power five team and known teams across the state.

Coach is most looking forward to the game at Army on Oct. 3. The game is supposed to be nationally televised.

"Stuff like that is priceless not just for our football program but our university. Anytime you get on national television it's a really big deal... It will be a dream come true for me. One of my highlights growing up was the Army, Navy game."

ACU will play conference rival Stephen F. Austin at Globe Life Park. Coach believes this will be a great opportunity to have alumni from both schools support and tune into the match-up.

While a good amount of schools across the country are not playing this fall, Dorrel says playing this season is key for recruiting and for the program.

"Talking with recruits and their families, they are excited we are playing this fall, I think that says a lot about our leadership that's here and the commitment to football and the value of football."

ACU will play their first game against UTEP on Sept. 19 in El Paso.