This will be the fourth College World Series visit for the Rams. 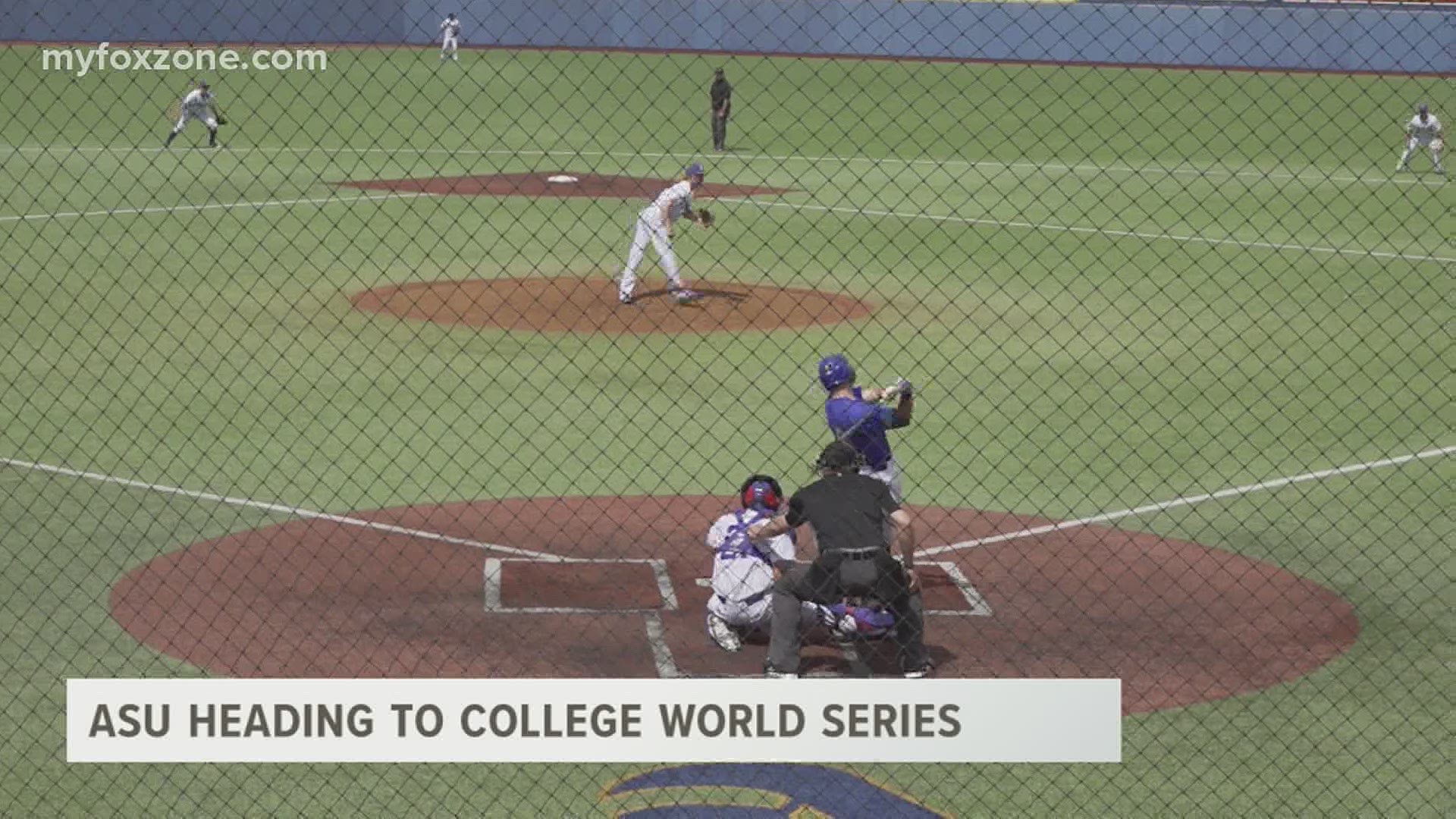 The Rams were selected as the No. 3 seed in the tournament set to begin Saturday at the USA Baseball Training Complex in Cary, N.C.

ASU head coach Kevin Brooks enjoyed the journey up to this point.

“We've performed well, and we're talented so right now we're feeling good," Brooks said. "We're going to go compete as hard as we can and we feel good going up there so we'll see what happens to roll the balls out, and we'll go compete.”

Rams senior outfielder Josh Elvir broke the 12-year-old Lone Star Conference career home run record (44 HR) in the South-Central regional opener against West Texas A&M. He said he wouldn’t have done this without the support of the home crowd and the team’s camaraderie, but there’s a more important focus he has in mind.

“To be honest I really wasn't worried about it too much because at this point this season I'm just worried about winning," Elvir said. "I don't care if I go 0-5 or five strikeouts, I was just worried about getting this team to Cary (N.C.) to the best of my ability. Thankfully, everything worked out the way it did.”

Brooks said the team has done a great job scoring runs early in several games. He said the area that needs the most improvement is defensively, as in removing the amount of free bases given up.

“We feel like we're playing our best baseball of the year so that's a good thing," Brooks said. "Going into this, we just need to maintain our consistency and continue to strive to get better on the last day.”

The Rams will face sixth-seeded Wingate for their first contest of the tournament, scheduled for 1 p.m. Sunday, June 6.