Jones consistently broke his personal records during his career as an Angelo State Ram. 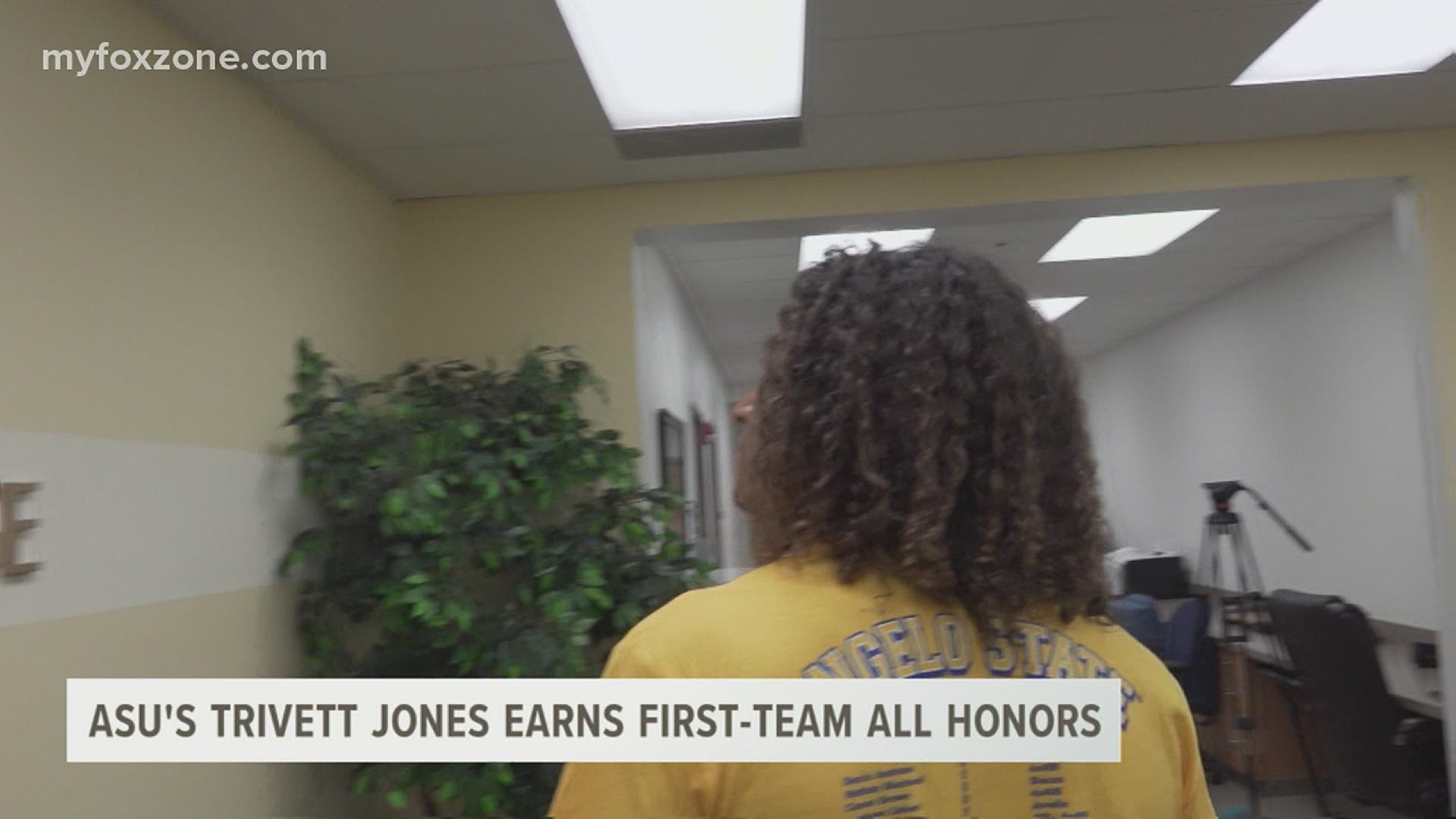 The Rams and Rambelles finished the weekend with 11 first-team All-Americans total - seven on the men’s side and four on the women’s side. ASU senior pole vaulter Trivett Jones was one of the seven men earning these accolades. He placed second overall, jumping 5.25 meters (17.2 feet).

“I wanted to get that position all year,” Jones said. “So for me to actually achieve it felt like some weight was left off my shoulders. It's a great feeling.”

Jones’ pole vaulting journey started seven years ago and he said his parents are his greatest influence. After graduating from Garland Sachse High School in 2016, Jones continued to motivate himself in breaking personal records during his career at Angelo State.

“I’ve just been blessed, the Lord has blessed me in order to do that in the short seven years that I’ve been pole vaulting,” Jones said. “I went from jumping 10 feet to now jumping 17 feet, so it’s a huge accomplishment.”

According to tfrrs.org, Jones placed first at least 19 times pole vaulting during his college career. He said Coach Dibbern’s motivational teachings convinced the entire team to be great people not only on the track, but also in everyday life.

“My freshman year I jumped 15 feet and that was at the bottom of the leaderboards in the Lone Star Conference,” Jones said. “Going into my sophomore year I was building off of that and I impressed myself every year until this point.”

Jones has one more year of graduate school and has high hopes for his future endeavors.