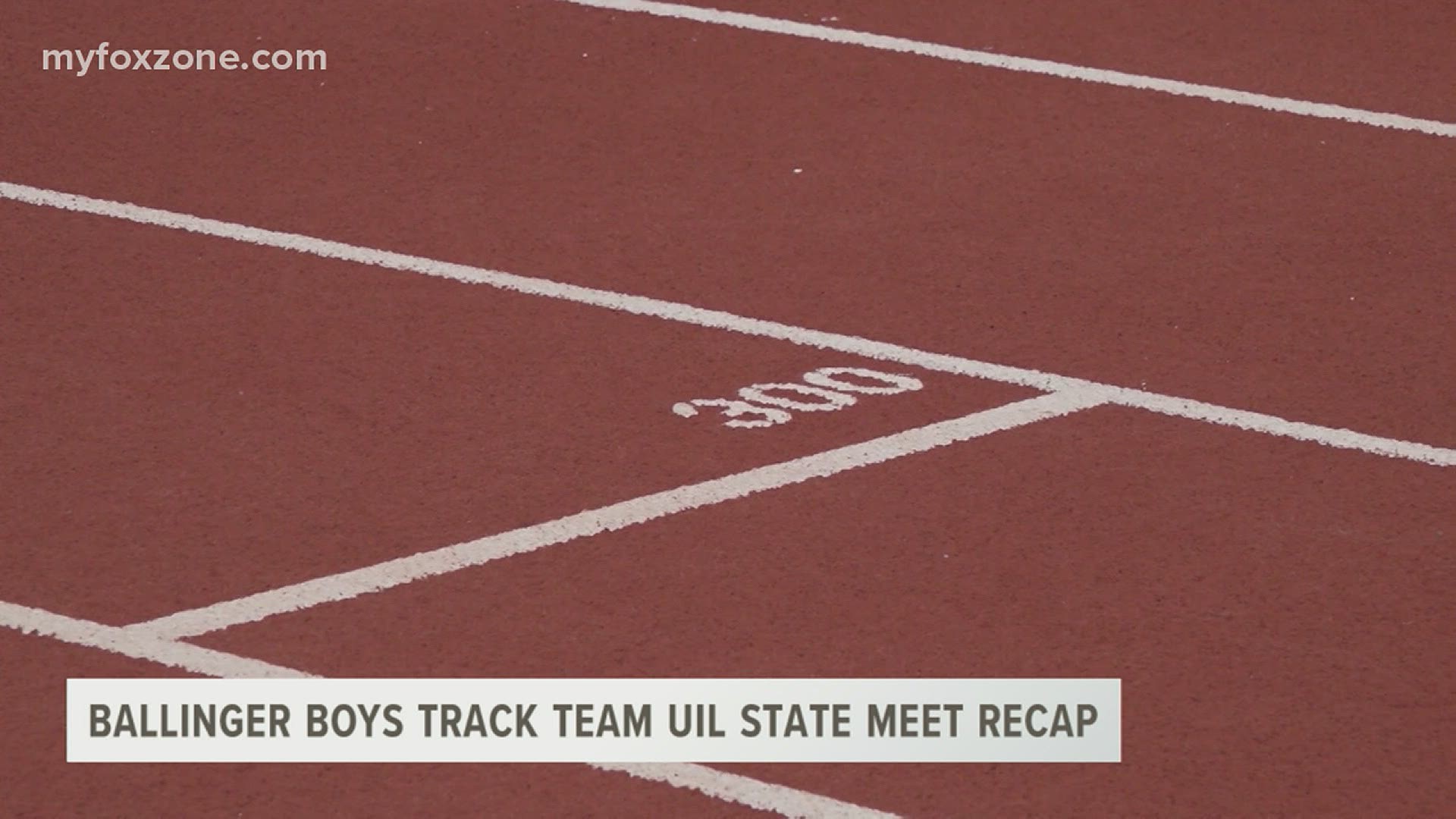 BALLINGER, Texas — The Ballinger boys track team competed in three events at the UIL State Championships at Mike A. Myers Stadium in Austin over the weekend. These events included the 4x400-meter relay, 300-meter hurdles and the discus throw. Head coach Bryan Gayoso said he is satisfied with the team’s overall performance.

“I was very proud of the way these guys competed," Gayoso said. "Us Texans like to think that Texas high school track and field is the best in the United States. So for these guys just to qualify for the state meet is quite the accomplishment.”

Bearcat senior Garrett Dixon placed third in the discus throw, throwing 164-5 and broke the school record by two inches at most. Senior Weston Rollwitz got third in the 300-meter hurdles with the time of a 39.60 and the mile relay team placed fifth, running a 3:25.04. Gayoso said the goal is to remain undefeated in the mile relay every year.

Moving forward, Gayoso said there are plenty of underclassmen returning next season. Most of these runners are multi-sport athletes participating in football and basketball which will aid them in strength and agility training.

“The seniors have laid a great foundation for this track program," Gayoso said. "I know the guys that are coming back and even the younger guys and the junior high guys coming up, they're very excited to run track for the Ballinger Bearcats. They're already talking about next year as in who's going to be on the mile relay.”

The Bearcats will finish the semester doing offseason training and preparing for summer workouts. A few will be competing in seven-on-seven football starting next month.