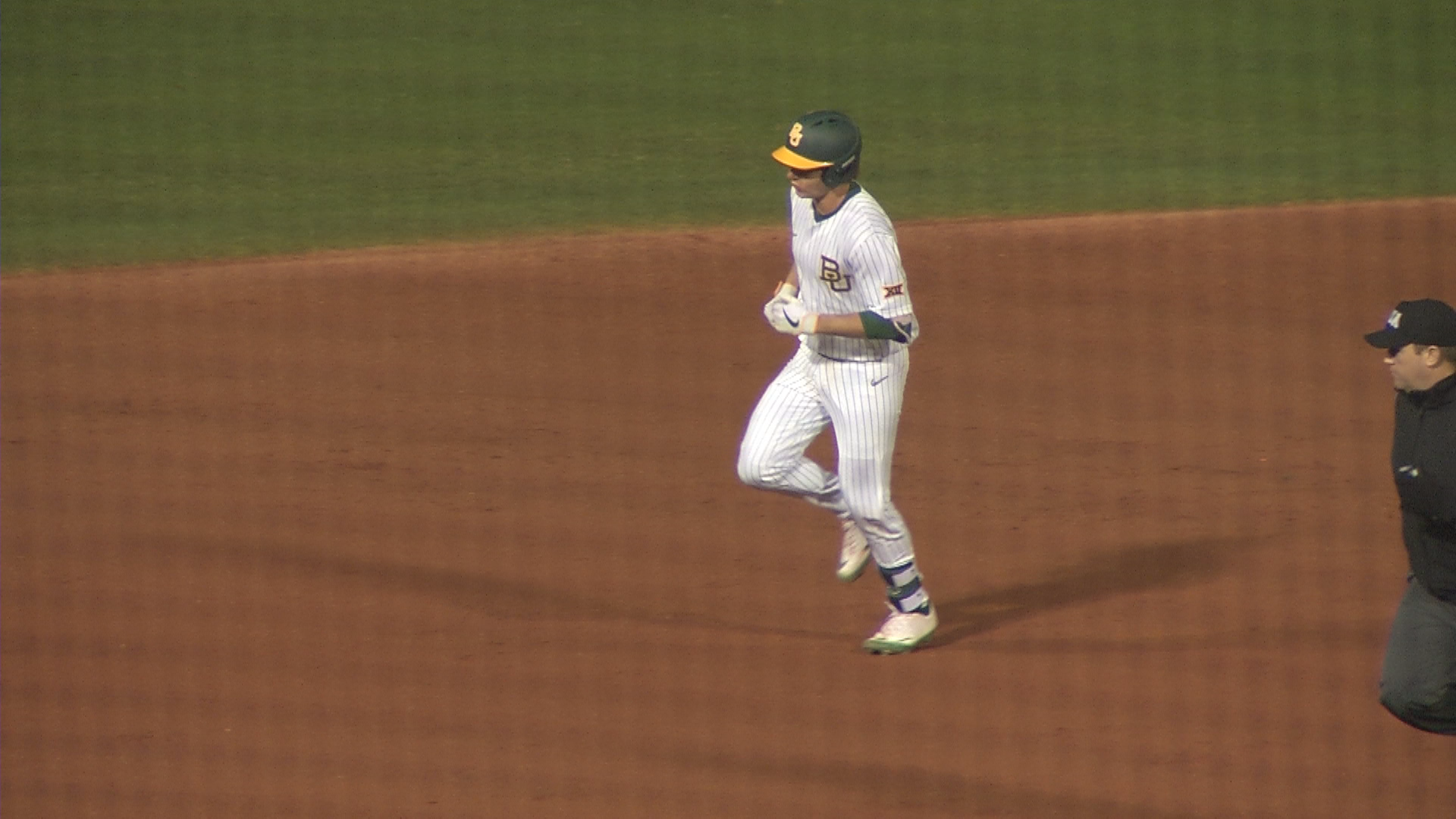 WACO, Texas — Baylor committed six errors and saw its three game winning streak come to an end as they dropped their series opener to Oral Roberts 7-3.

The Bears jumped on the scoreboard in the 2nd inning as Chase Wehsener belted a solo home run to left centerfield, his second of the season, to give Baylor a 1-0 lead. Golden Eagles responded in the 3rd inning as Adam Oviedo delivered a 2-run single to right center, pushing ORU in front 2-1.

BU would draw even in the 5th as Ricky Martinez brought Esteban Cardoza-Oquendo home on a double up the middle. Oral Roberts would plate four runs in the 6th inning and never look back.

The Bears return to action for game two of their series. First pitch is set for 2 p.m. at Baylor Ballpark.

RELATED: It's the game of the season and all eyes in college basketball are on Waco on Saturday