This will be Kevin Crane's first season as head coach. 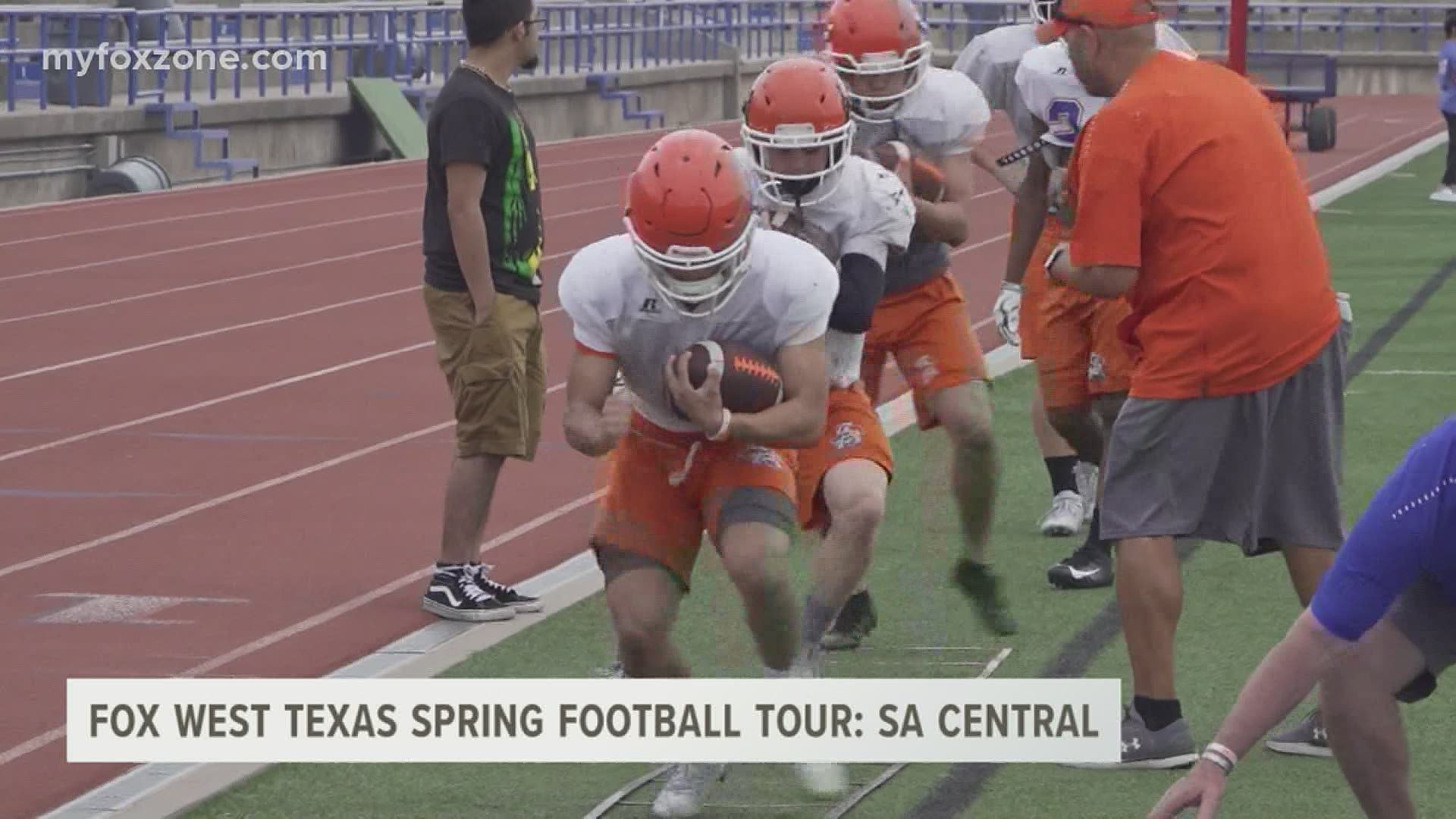 SAN ANGELO, Texas — The Central Bobcats are back in spring football action with big plans ahead.

The team completed its third day with a regular routine that will last until the spring game May 20. This is Kevin Crane’s first season as head coach and he’s excited to lead this young team.

“Today was the first day we were able to get in full pads and we had three really good days," Crane said. "The kids have done a good job. We are just trying to build off our offseason.”

As far as working the depth chart, four offensive lineman will be returning from last season. Star running back Darius Floyd is projected to start along with many underclassmen helping him out. The quarterback position is up for grabs after Malachi Brown’s departure. Crane said the majority of adjustments will be made on the defensive side this spring.

The school released its regular season schedule Monday. There will be 10 games, with nine taking place Friday nights and the last one against Abilene on a Thursday night.

“We're excited about it," Crane said. "It's going to be a challenging schedule, there will be a lot of traveling, which we're used to. San Angelo and West Texas, but it's exciting and I think our kids and the community is excited about it.”

Crane said the team is a work in progress and the players are showing up to practice with a positive mindset.