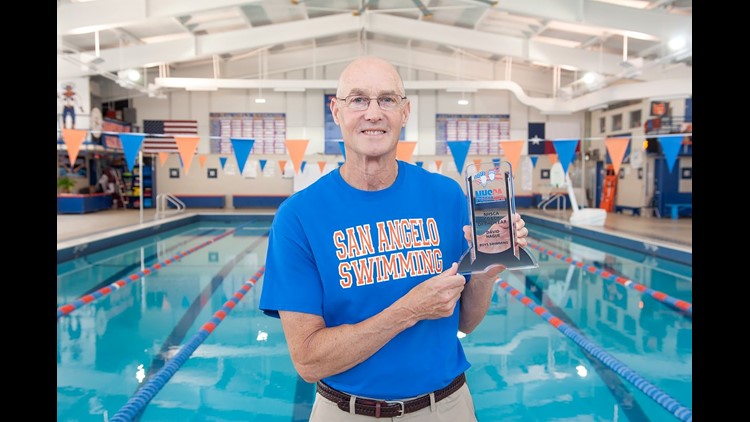 SAN ANGELO, Texas — For 41 years, David Hague has been teaching and coaching student athletes to be the best they can be - on land and in the pool. After deciding to put up the swim goggles to end a stellar career, Hague received one of the most prestigious accolades for a coach at his level - national coach of the year.

"We are extremely pleased to honor Coach Hague," Eric Hess, NHSCA executive director, said. "He has established San Angelo Central as one of the consistent swim programs in Texas. He exhibits a strong dedication to supporting and developing his high school student-athletes in the classroom and outside of it."

The coach leads by example for his student athletes because Hague still swims competitively in U.S. Masters Swimming. The Central High coach consistently ranked in the top 10 in his age group and has set several Masters National and Masters World records in individual events and relay events. Hague was the 2014 recipient of the Texas Interscholastic Swim Coaches Association (TISCA) Theron Pickle Lifetime Achievement Award.

From the character and moral building Hague has instilled in his student athletes, to the example he leads in his community, the swim coach will be missed by the students and community as he goes out on top.