Strong is listed on the Crimson Tide's website as a "Football Analyst." 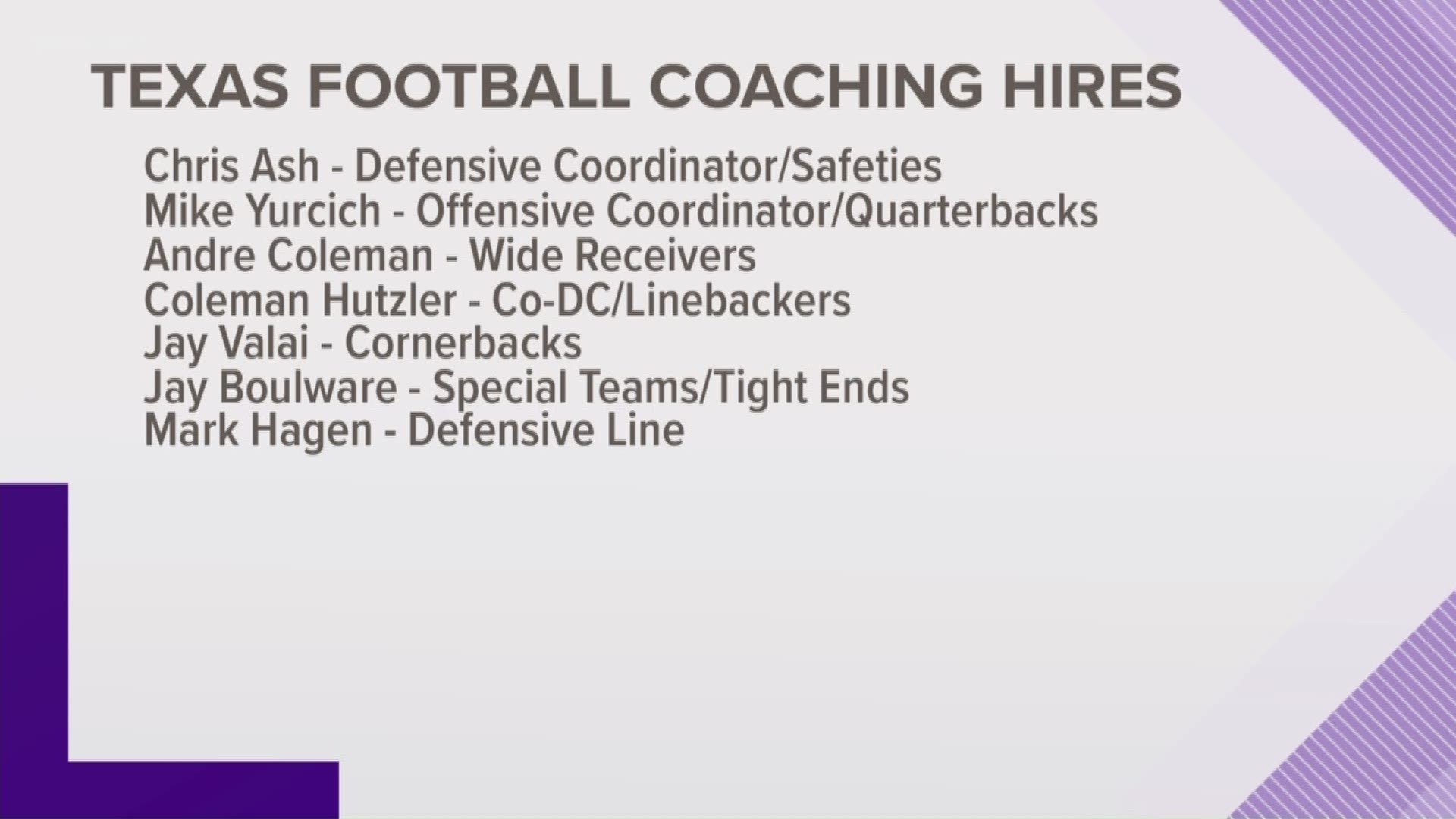 AUSTIN, Texas — Editor's note: The attached video is about the University of Texas' 2020 coaching staff.

Former University of Texas head football coach Charlie Strong will be joining Nick Saban's staff at the University of Alabama, according to multiple reports.

Strong is listed on the Crimson Tide's website as a "Football Analyst."

The move comes after Strong was let go from a head coach position at the University of South Florida following a 4-8 season.

Before coaching at USF, Strong led the Longhorns for three seasons before being replaced by the former University of Houston head coach, Tom Herman.

At the end of Strong's tenure at Texas, his record was 16-21 as the school's head coach.

After Strong left UT, the university was left with a $4.95 million contract buyout.

Early voting guide: Where and how to vote in Central Texas