The Cougars will face the Sonora Broncos Friday night. 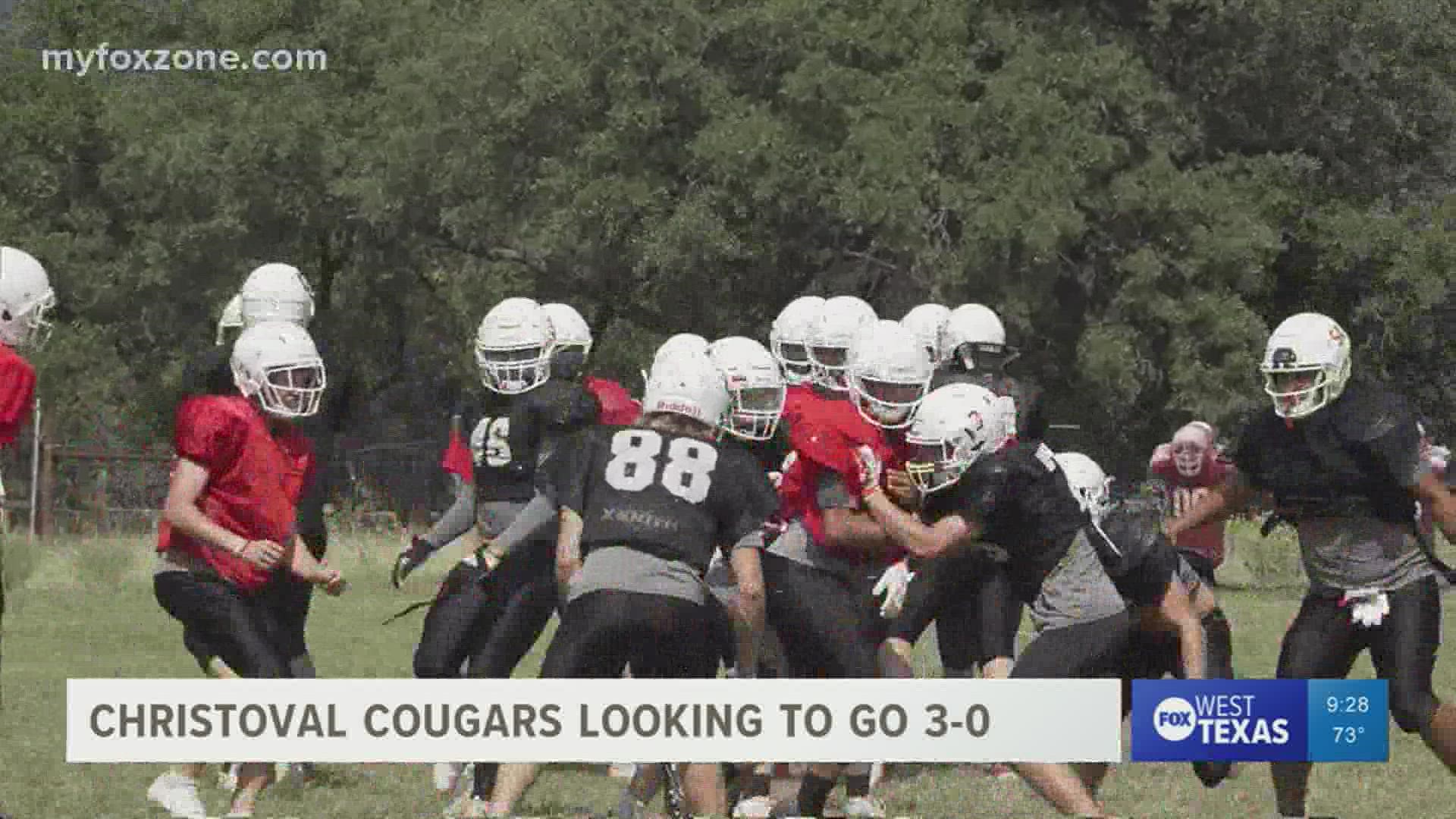 CHRISTOVAL, Texas — Winning is hard, but when it comes to West Texas football, building a winning program is even harder. Christoval Cougars’ head football coach Casey Otho has done both: win games on the field and build a winning program.

“We have a lot of kids so that says good things for the program,” Otho said. “Success breeds success and I think that's how a lot of these smaller schools stay successful. It starts from the top and it trickles down to kids at the younger age who want to be a part of those things.”

Part of a winning program is a team ready to attack on defense. The Cougars have only allowed 13 points in their last two games and they are looking to continue their strong defensive front when they take on the Sonora Broncos Friday night.

“I think we pretty much picked up where we left off last year,” Otho said. “That's always a good thing to not have to really wait until week seven and eight to get your defense rolling so that's really going to help us. These next few games are going to be really tough. Sonora has a good program, new coaching staff, and a new offensive and defensive scheme.”

Part of the Cougar defense is junior free safety Cayden Carpenter. He says it's a team effort which is why the Cougars have been able to shut down teams on Friday nights. When they play the Broncos, Carpenter and the Cougars will be ready together as a team to shut down Sonora.

And on Friday night, Carpenter says the Cougar fans can expect a defense to fly around and put on a show and even walk away with another win for the program.