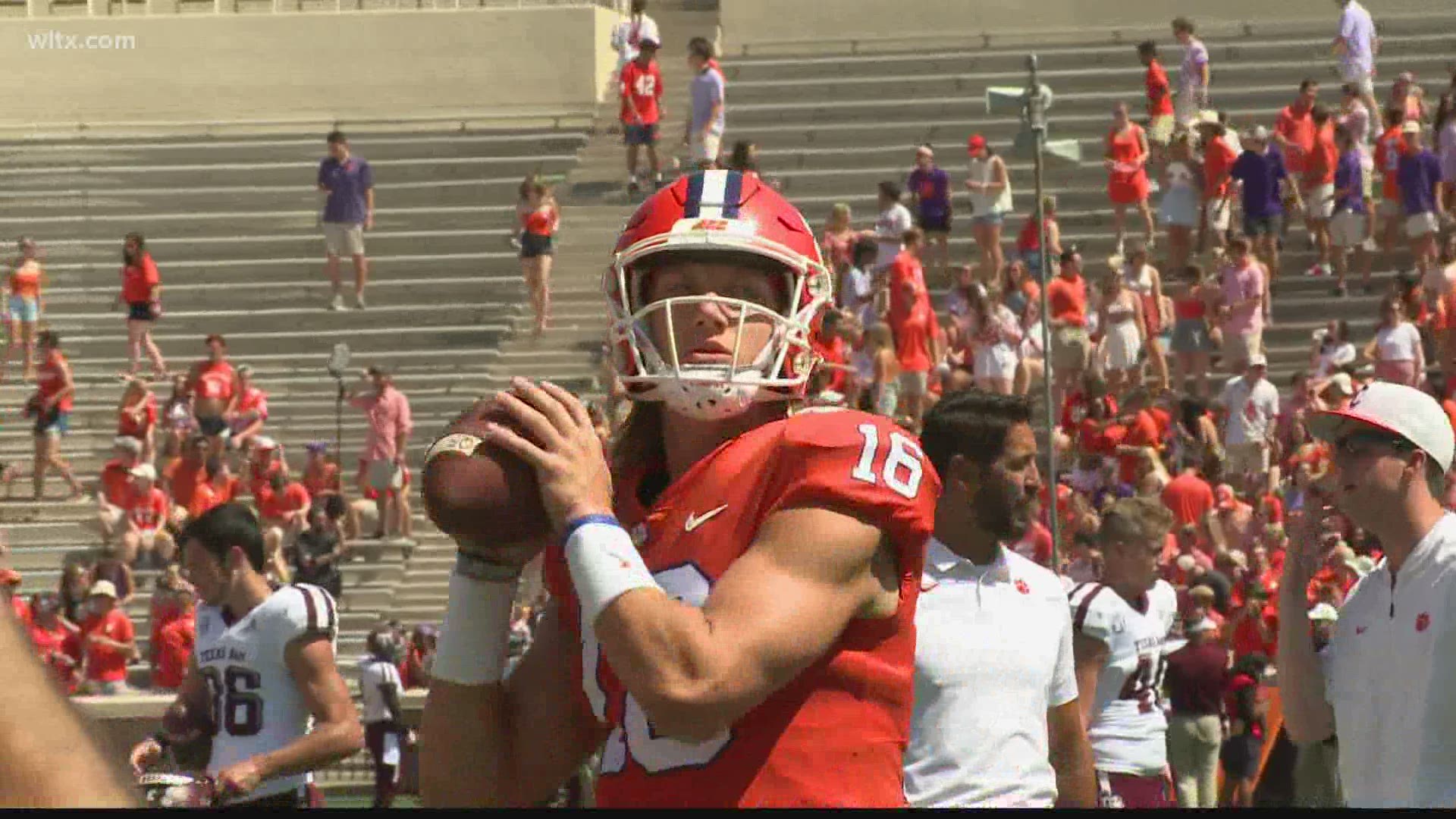 “Trevor has authorized us this evening to announce that he has tested positive for COVID-19 and is now in isolation," Swinney said. "He is doing well with mild symptoms but will not be available for this week’s game against Boston College. While we certainly will miss Trevor, this is an opportunity for other guys to step up and we’re excited about competing against a very good BC team on Saturday. Go Tigers.”

Lawrence himself released a statement a short time later.

"I have tested positive for COVID-19, and my symptoms have been relatively mild while I'm following the protocol from Clemson and the ACC," he said on Twitter. "The only thing that hurts is missing an opportunity to be with my teammates this weekend and play the game I love. I hate that I can't be there, but I'll be watching from isolation and pulling for our guys while I wait for the opportunity [to] rejoin the team. God bless and Go Tigers!"

A positive test requires a player to be out for a minimum of 10 days, assuming no symptoms. The team has a showdown against 4th-ranked Notre Dame on November 7, and it's unclear if he could be available by that date.

The junior from Georgia is a leading contender for the Heisman Trophy and potentially the top overall pick in next year's NFL draft. He led the Tigers to a national championship as a freshman and back to the College Football playoff championship game last season.

Lawrence was also one of the leading voices for college football returning during the pandemic, as he was heavily involved in the "We Want to Play" movement. It even got the attention from President Donald Trump, who tweeted his support for the effort.

Clemson is currently ranked number one in the nation and is 6-0 on the season. They're considered a heavy favorite to make the college football playoff.